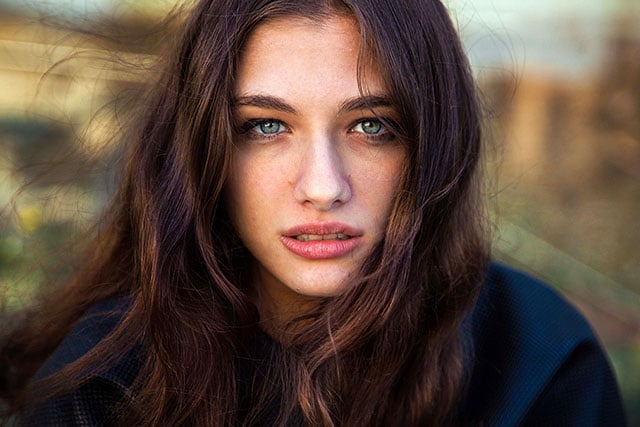 Romanian photographer Noroc Mihaela is on a mission to photograph women from every single country on Earth in order to show that beauty is found everywhere. Her project is titled “The Atlas of Beauty.”

Two years ago, the then-27-year-old photographer quit her “boring” job, picked up her camera and backpack, and began traveling to countries across the globe on the savings she had accumulated in her working years.

Mihaela, who speaks 5 languages fluently, tells us she has visited 37 countries so far and captured hundreds of portraits of beautiful women surrounded by their native cultures.

“Now I can say that beauty is everywhere,” Mihaela says. “It’s not a matter of cosmetics, money, race or social status, but more about being yourself.”

“Global trends make us look and behave the same, but we are all beautiful because we are different. In the end, beauty is in the eye of the beholder, and the beholder is always somebody else.”

She prefers to find and photograph natural faces of people who don’t use much makeup. Sometimes she only has 30 seconds to shoot a portrait, while other times she does hour-long sessions with subjects after getting in touch.

Mihaela has also focused on her particular age group for this project so far, but she hopes to cover other age groups as well in the future.

Here are some of the portraits found in the project so far:

Mihaela tells us that she’s currently raising funds from her fans in order to kick off a new journey starting in June 2015. After this next trip, she hopes to compile her best images and publish this project as a photo book.

Image credits: Photographs by Noroc Mihaela and used with permission