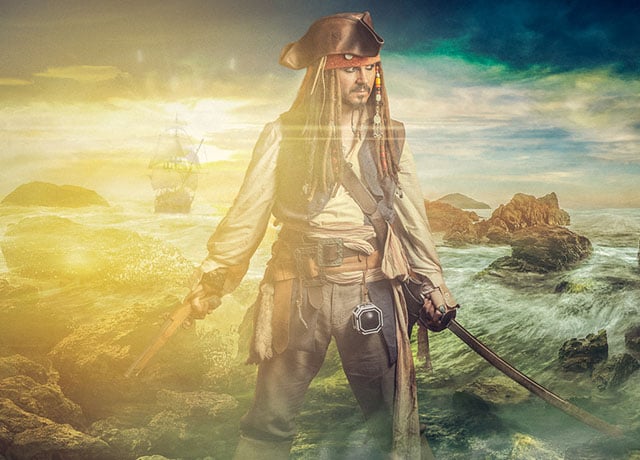 Last year I stumbled upon an online video showing a man dressed up as Captain Jack Sparrow, and decided that this is the one guy I want to take photos of and make some movie-style posters. I love everything about the “Pirates of the Caribbean” movies, especially the movie posters of the whole series. 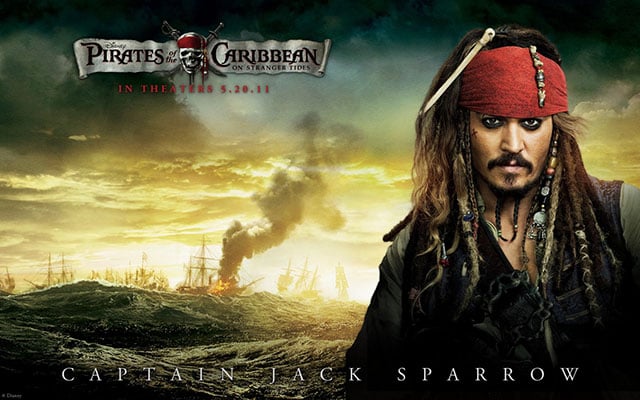 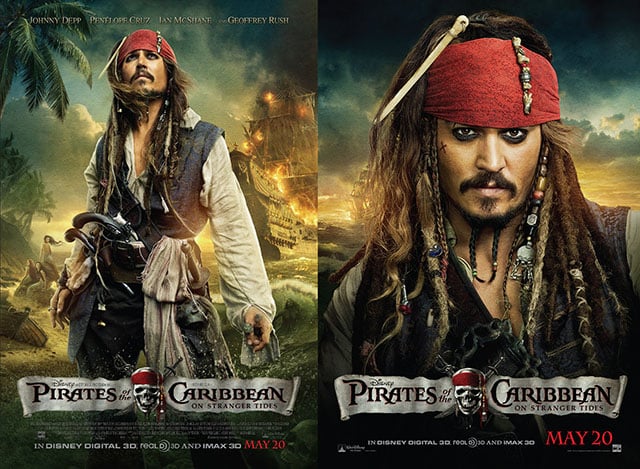 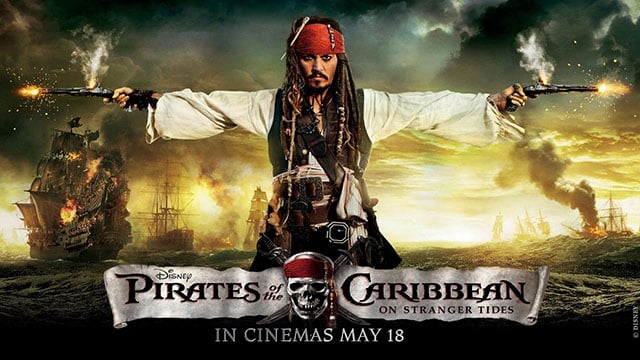 The man in the video I saw was Cardiff Jack Sparrow, a lookalike of the famous pirate character originally portrayed by Johnny Depp. In this case, he was portrayed by Terry Cooper, an actor based in Cardiff. And HE IS AWESOME!

Not only does he have all the bells and whistles to portray Jack Sparrow, but his voice and acting in character are just perfect.

So, I contacted the guy and after few months trying to find a perfect time for the photoshoot we booked the day and off we went.

Since I dont have my own studio here in Cardiff I decided to go ahead with basic solution. I used my garage for the photoshoot. This way I could also show that you don’t need lots of space and gear to make these kind of images. It’s just about knowing how to work what you got. 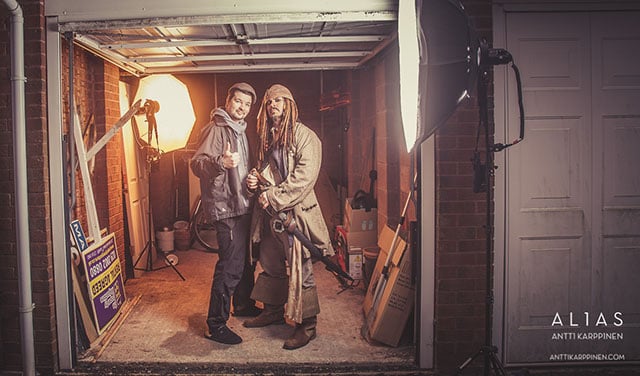 The setup was basically a two light setup with some gels to get that right mood to the images straight from the camera. I used a Canon 5D Mark II with a 24-105 4L lens. My flashes are Godox Witstro 360 bare bulp flashes. Another flash with umbrella to the back to give bit of kick/edgelight (with gel), and the mainlight with bigger octabox is at the front.

I want also show that you don’t need $10,000 worth of gear and lights to make these types of photos.

And then it was showtime. Terry got into the character and started acting as Jack Sparrow in different poses. I had already few shots in my head so we did those and lots of more.

Here’s one of the photos: 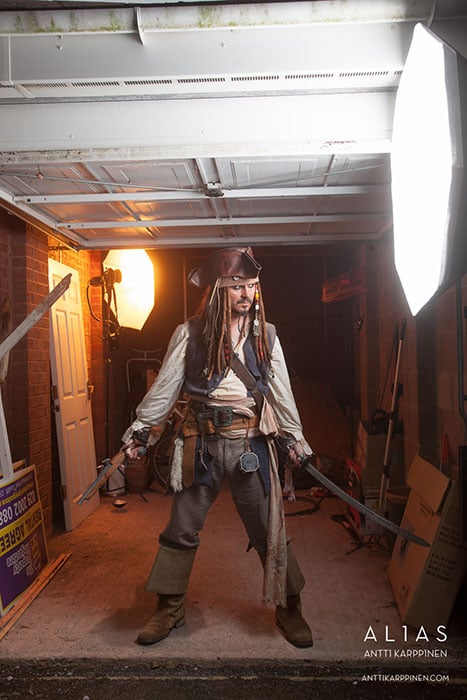 …and here’s the finished image created using that photo (click to see a bigger version):

This behind-the-scenes video will show you how the digital compositing was done:

I also wanted to create a scene in which Jack Sparrow escapes Rumrunners Island with sea turtles. I thought it would be funny to put this image out there and see the reactions. The scene was never shown, so nobody knows how Jack escaped that Island, but this is my take: 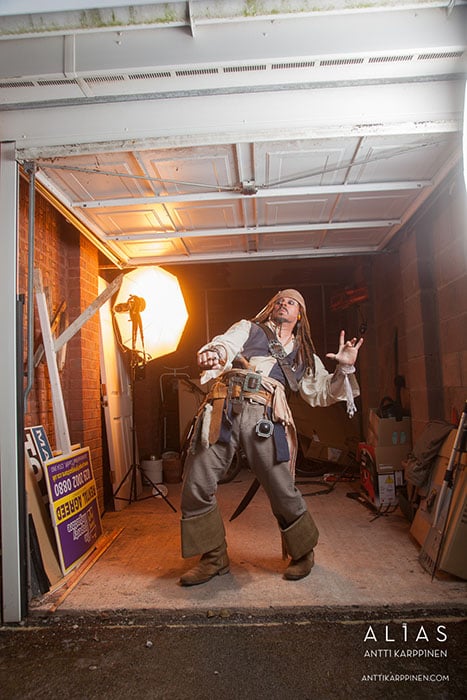 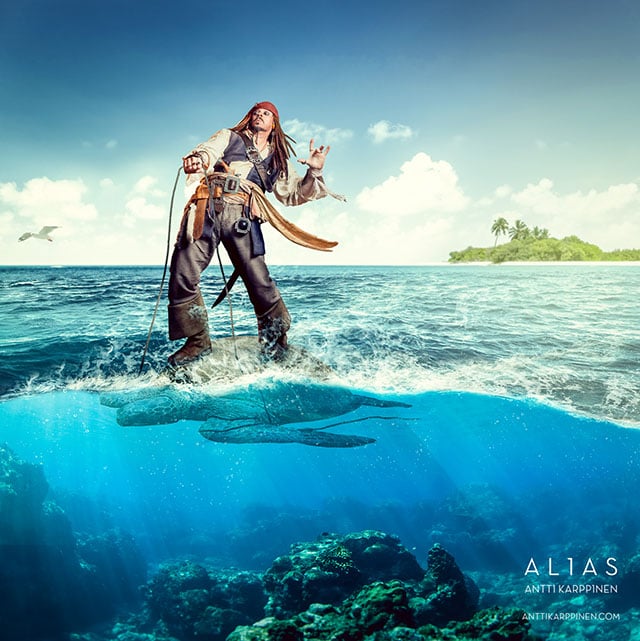 Finally, here are two other photos created through the shoot: 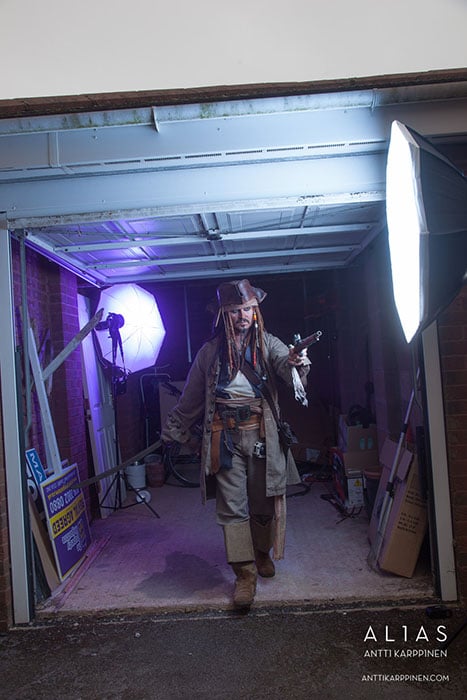 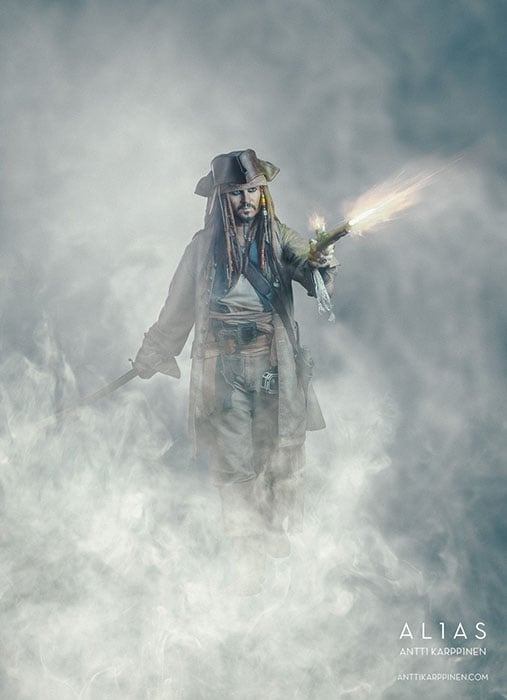 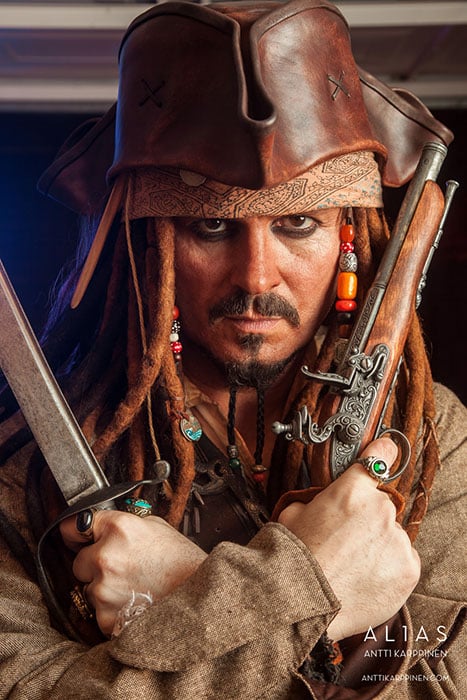 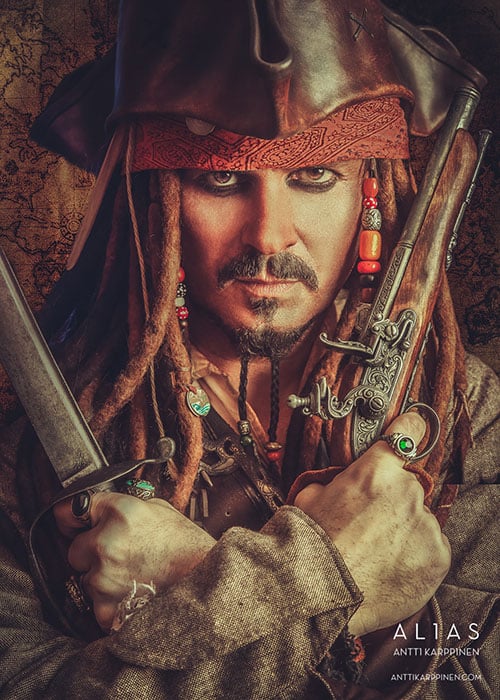 About the author: Antti Karppinen is a photographer, digital artist, and retoucher based in Finland. He is an internationally award-winning commercial and portrait photographer. You can find more of his work over on his website and blog. This article originally appeared here.