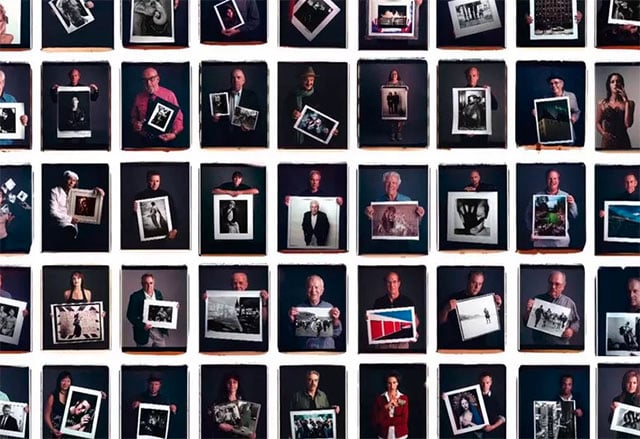 Photographer Tim Mantoani is the man behind one of the great photo projects and books of our time. Called “Behind Photographs“, the series is a giant collection of giant 20×24 Polaroid pictures of some of the world’s most famous photographers holding their most iconic photos.


We first featured the project here back in 2012, but here’s a closer look at this work, which has gotten a great deal of press and attention as of late.

“Behind Photographs” first started back in December 2006, when Mantoani rented a 20×24 Polaroid camera in San Francisco and used it to photograph two photographers (Jim Marshall and Michael Zagaris) holding their best images. Over the next five years, Mantoani would go on to shoot portraits of over 150 renowned photographers. 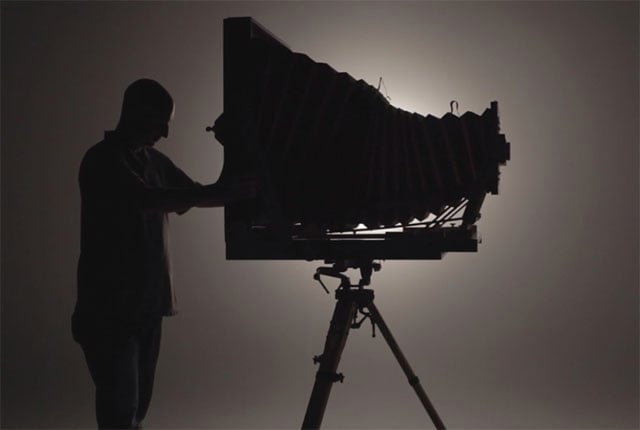 The collection of portraits is a unique look into photos that have endured the test of time, along with the brilliant minds that were behind the lenses at the moment they were made.

“We have come to a point in history where we are losing both photographic recording mediums and iconic photographers,” Mantoani says about the book. “While many people are familiar with iconic photographs, the general public has no idea of who created them. This book became a means to do that, the photographer and their photograph in one image.”

Film for the 20×24-inch Polaroid camera costs $200 per shot. “If you are going to call the greatest living photographers and ask to make a photo of them and you are shooting 35mm digital, they may not take your call,” the photographer says. “But if you say you are shooting 20×24 Polaroid, they will at least listen to your pitch.”

Here is a sampling of fantastic portraits found in “Behind Photographs”:

Nick Ut and “The Terror of War” 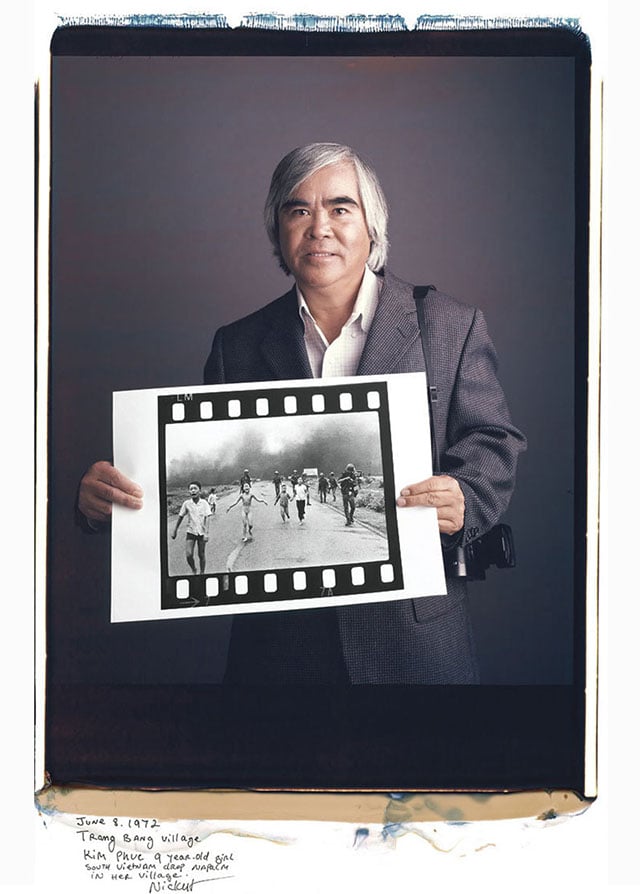 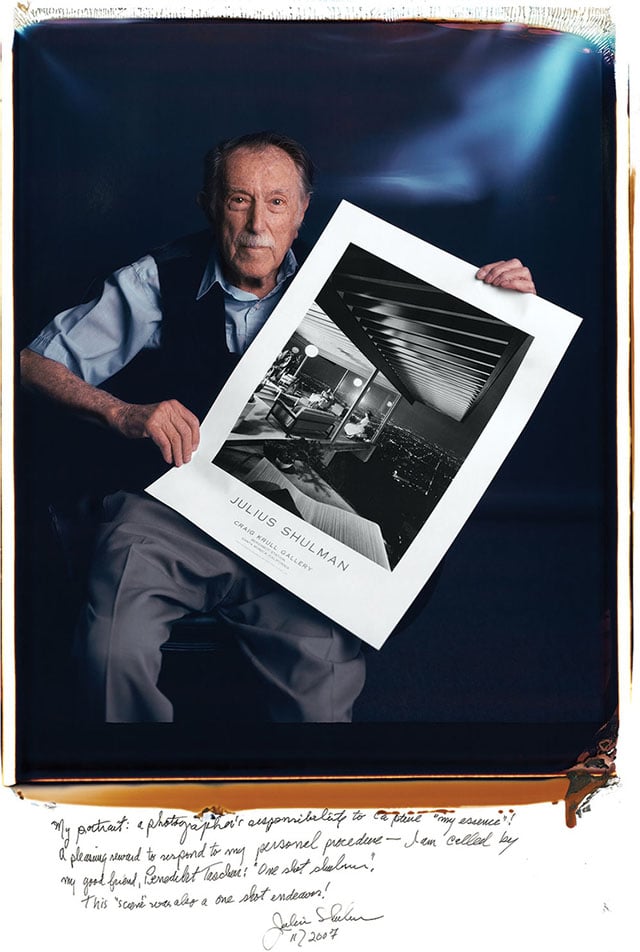 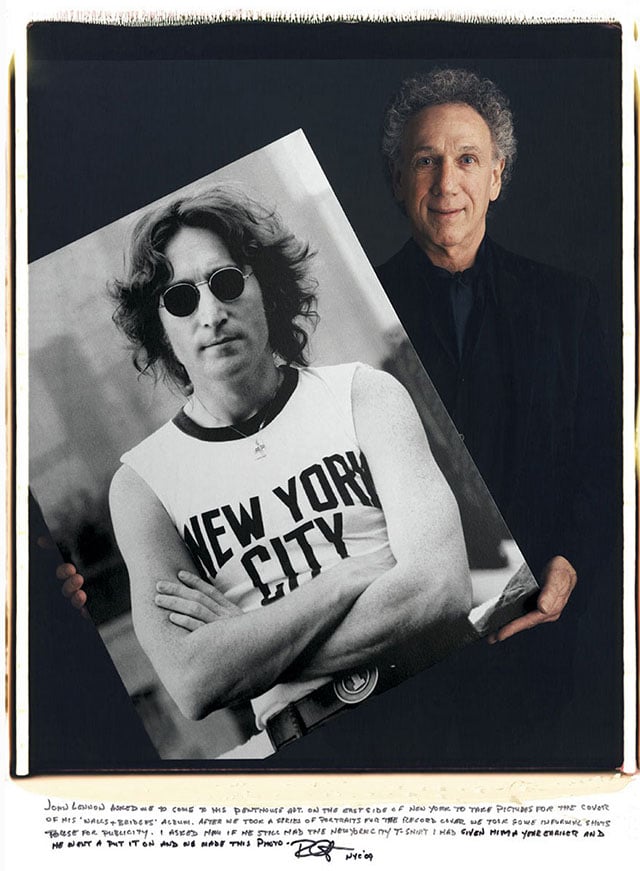 Vincent Laforet and “Me And My Human” 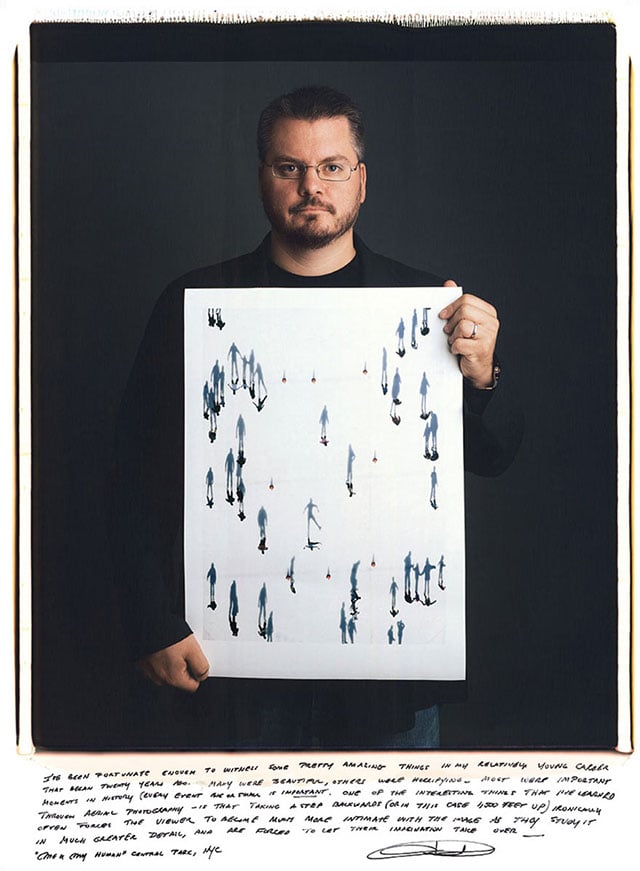 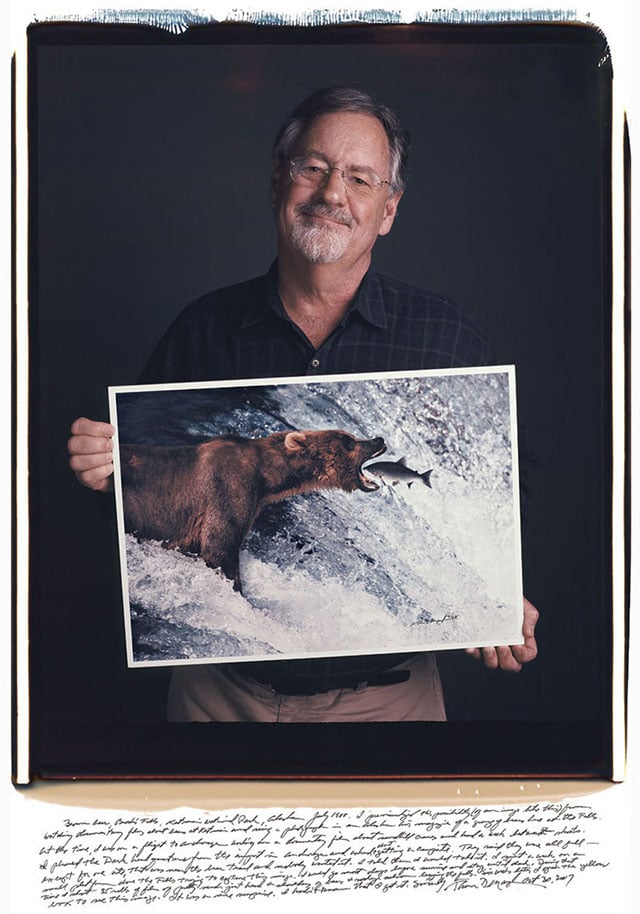 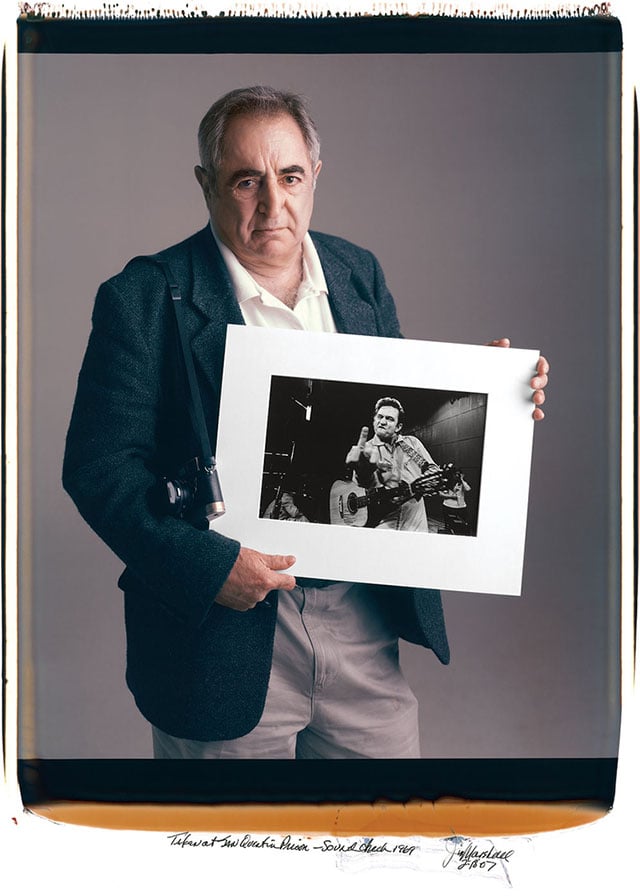 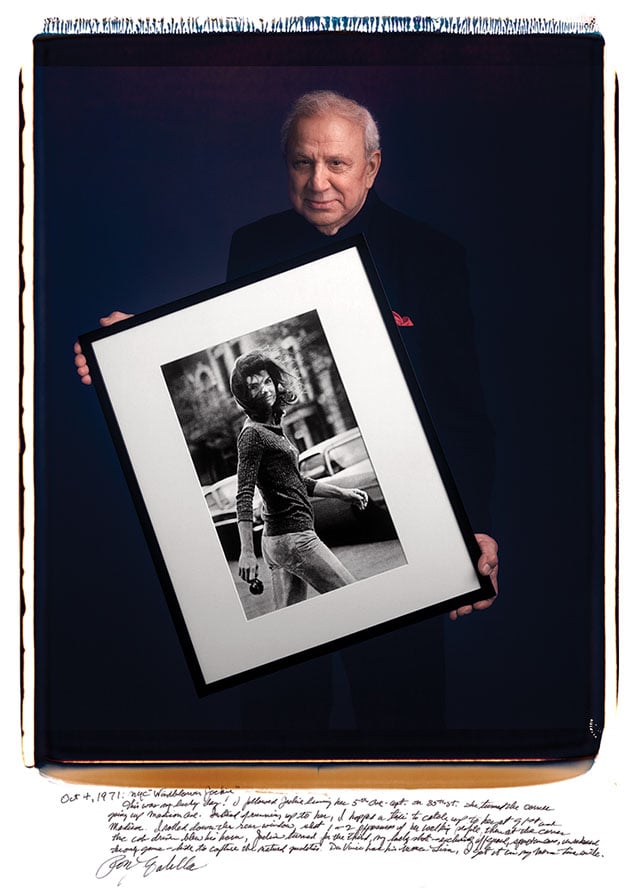 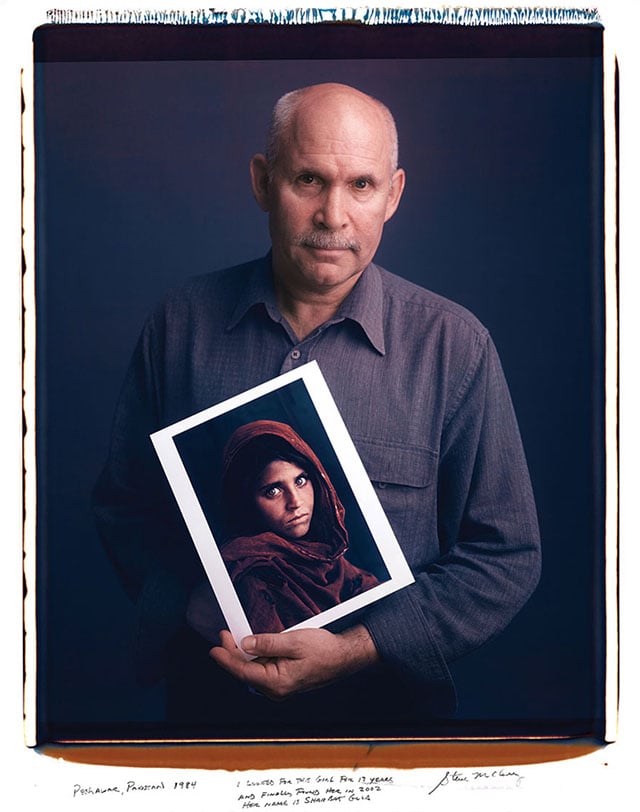 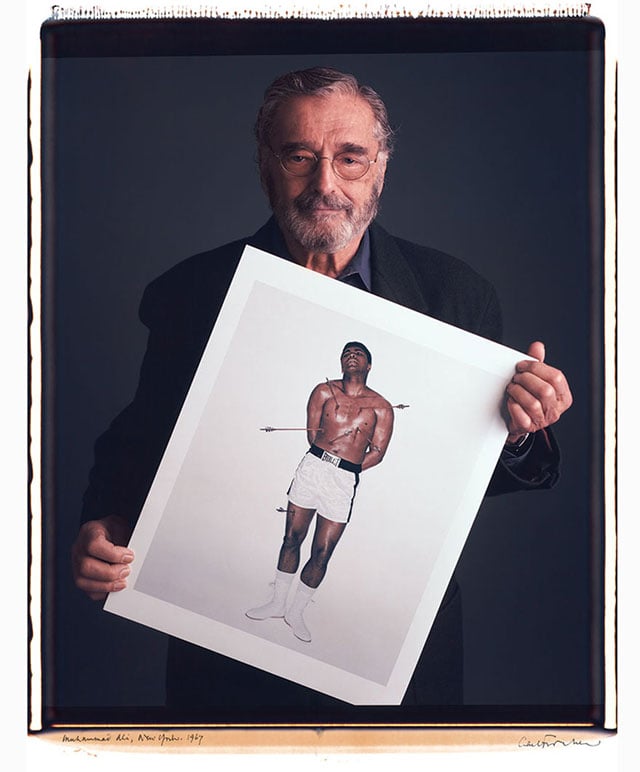 Neil Leifer and “Ali vs. Liston” 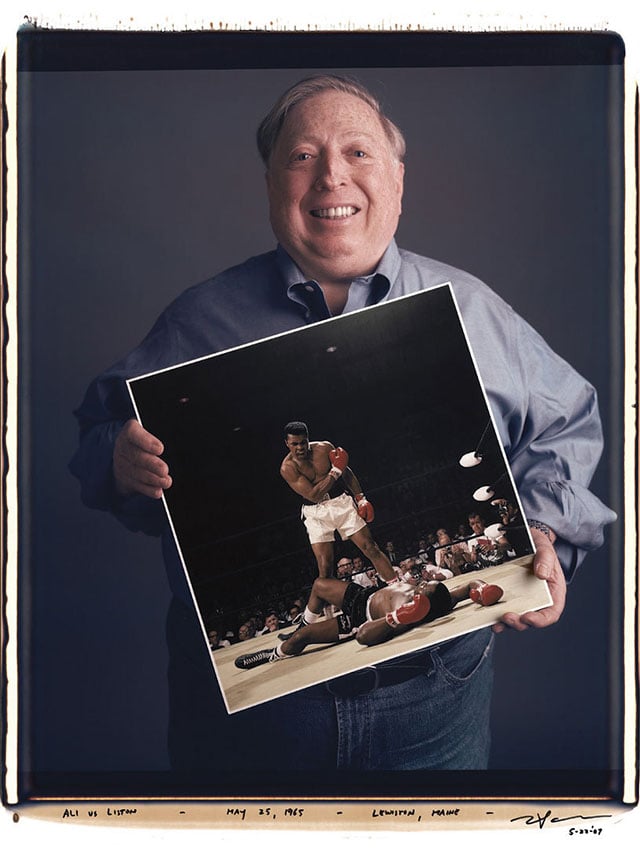 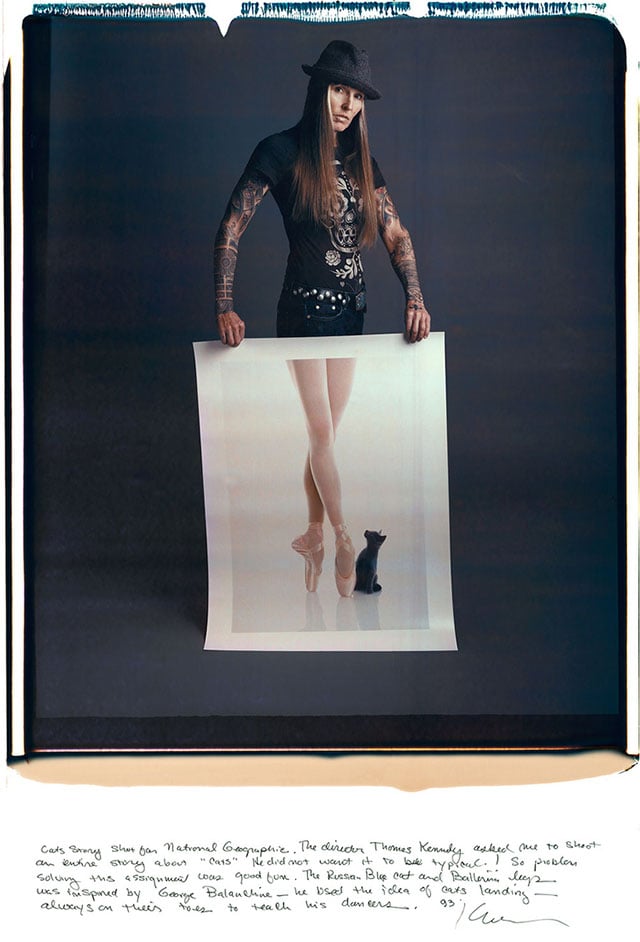 Douglas Kirkland and “Evening with Marilyn” 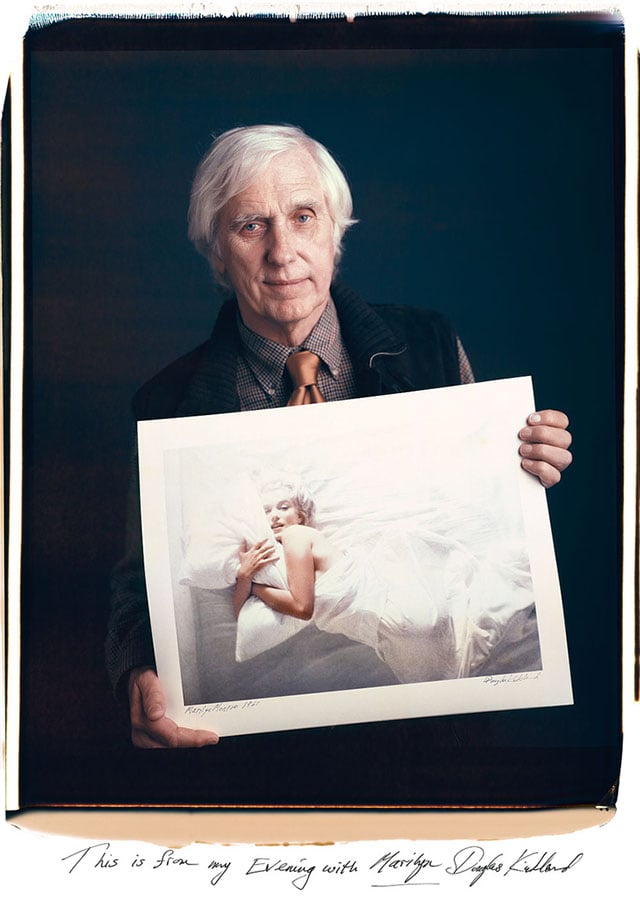 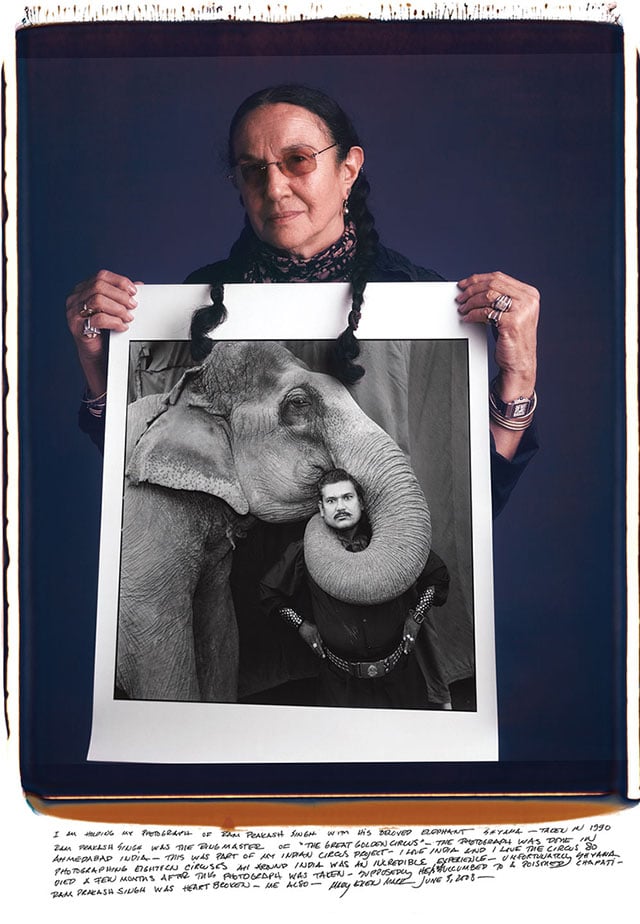 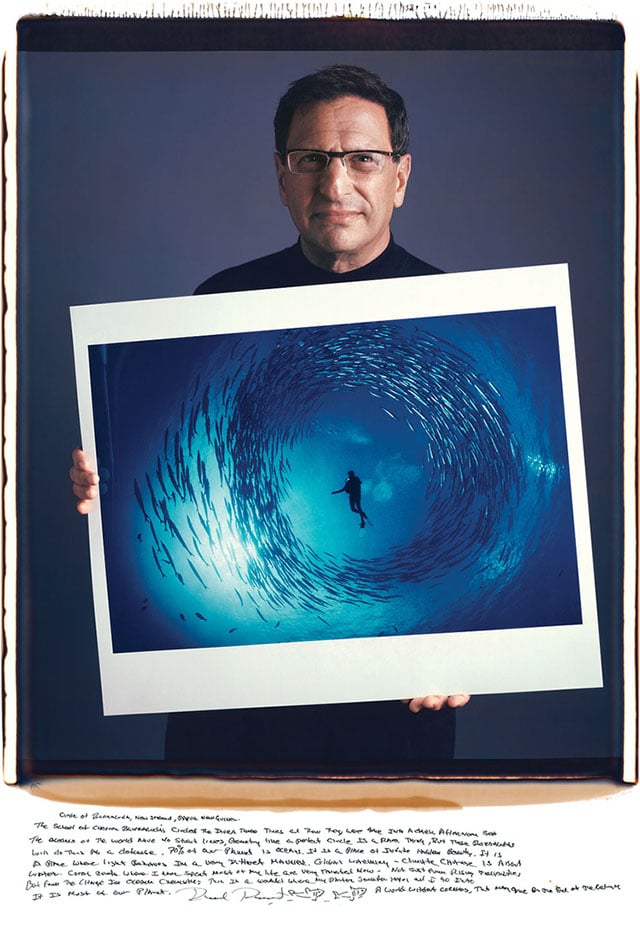 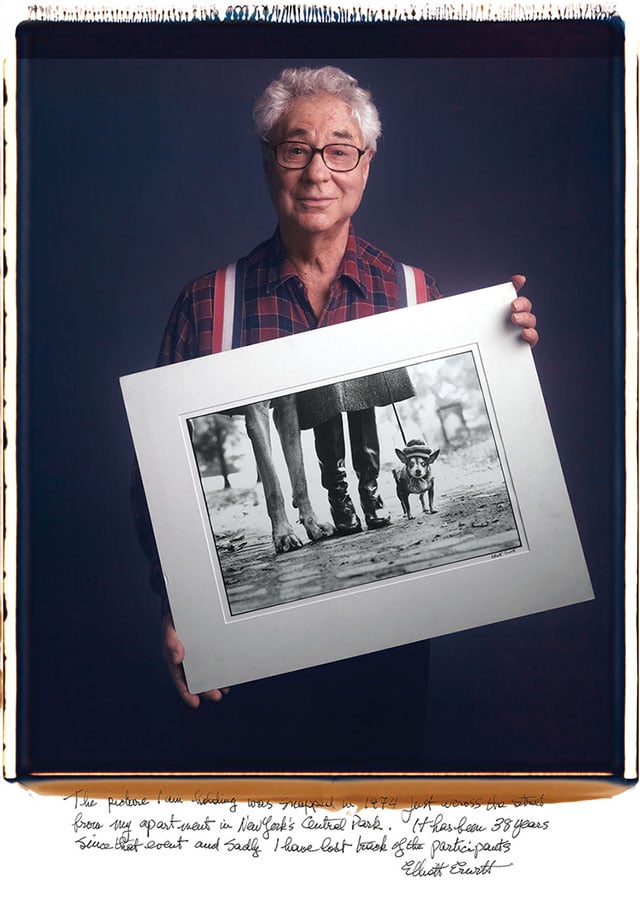 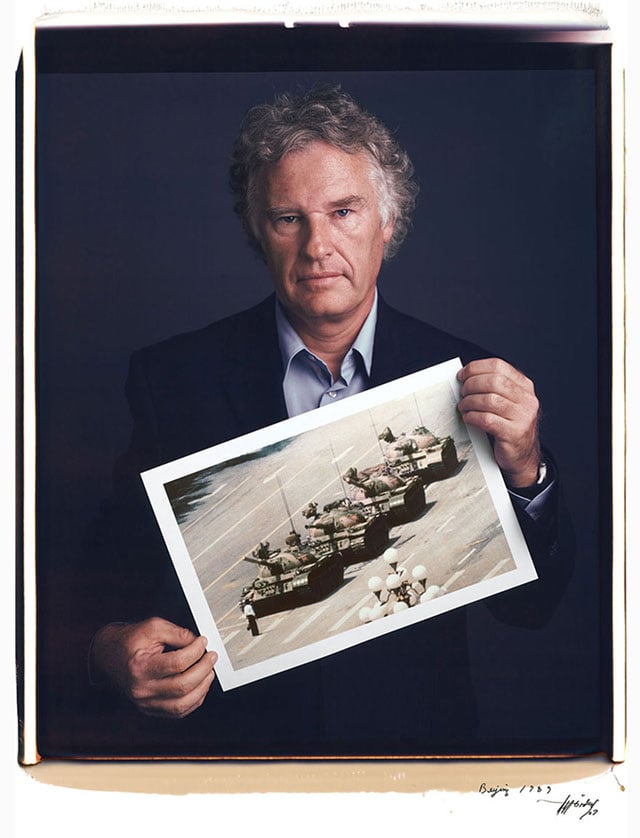 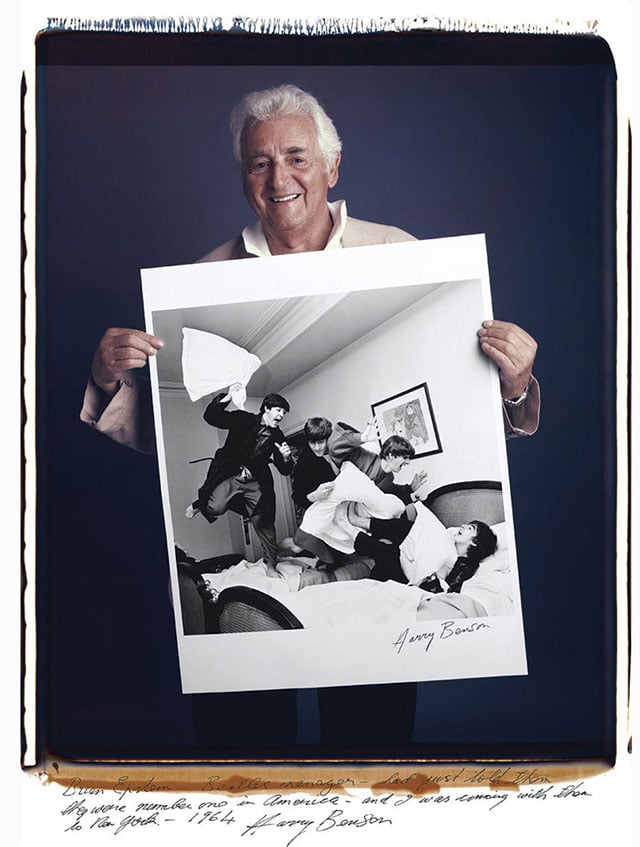 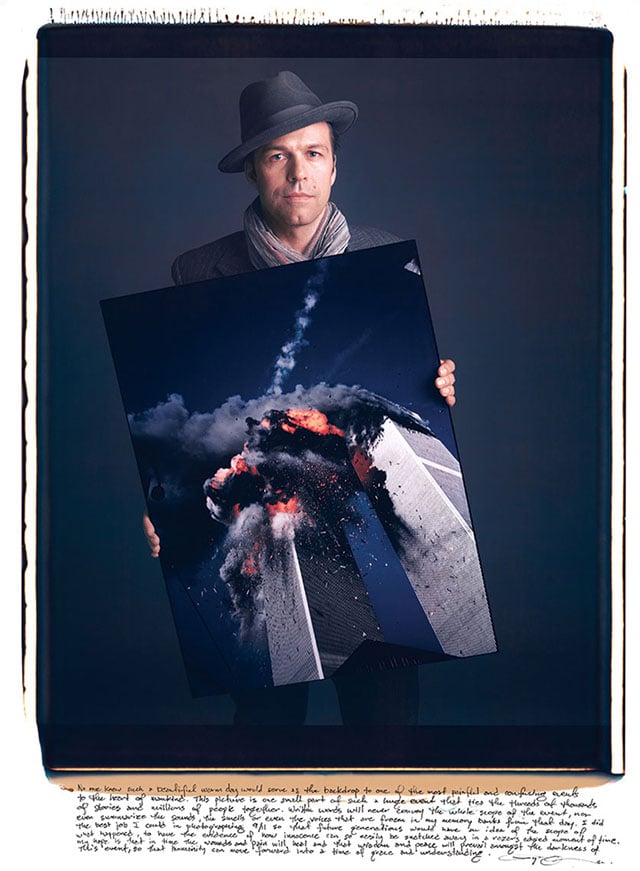 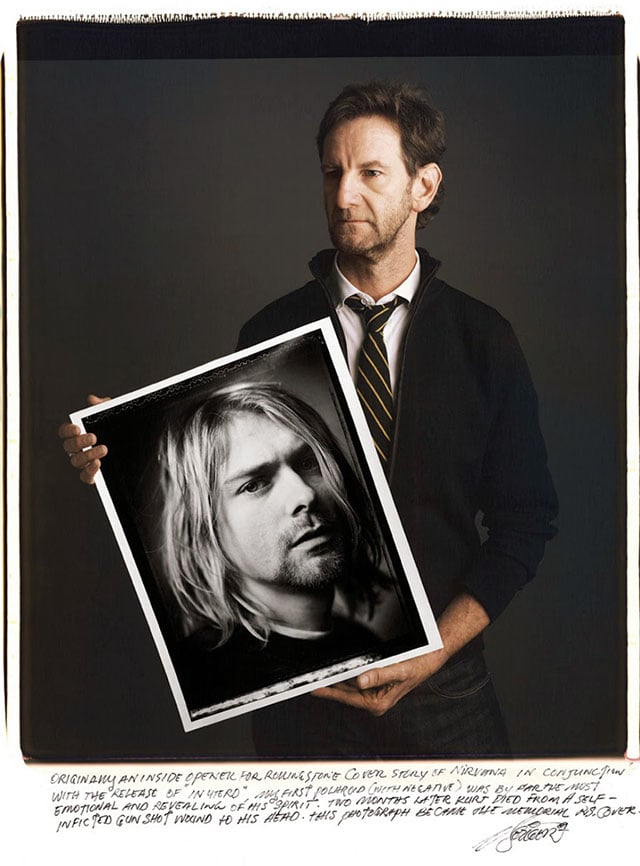 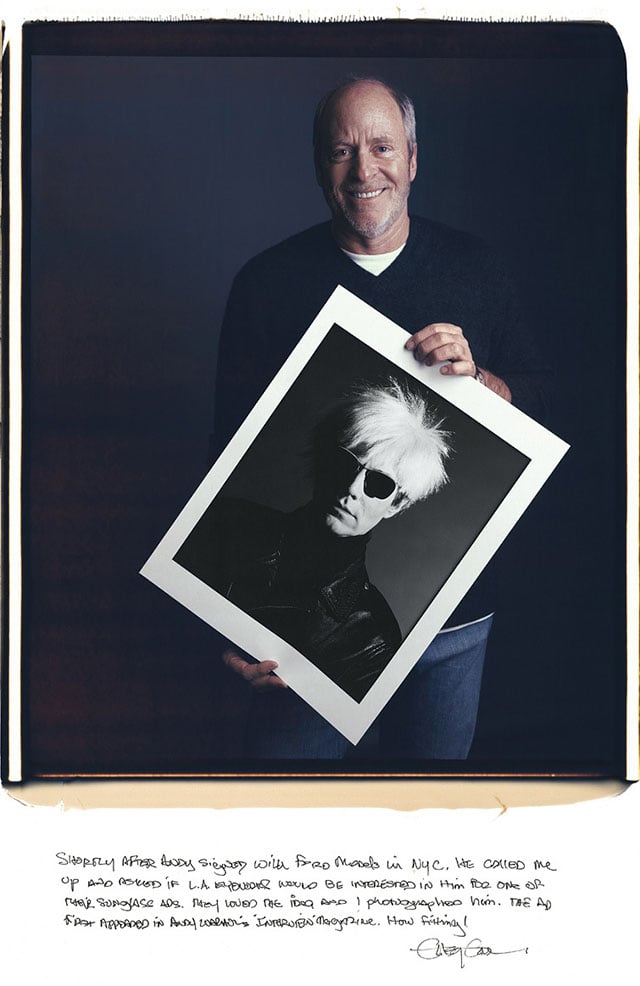 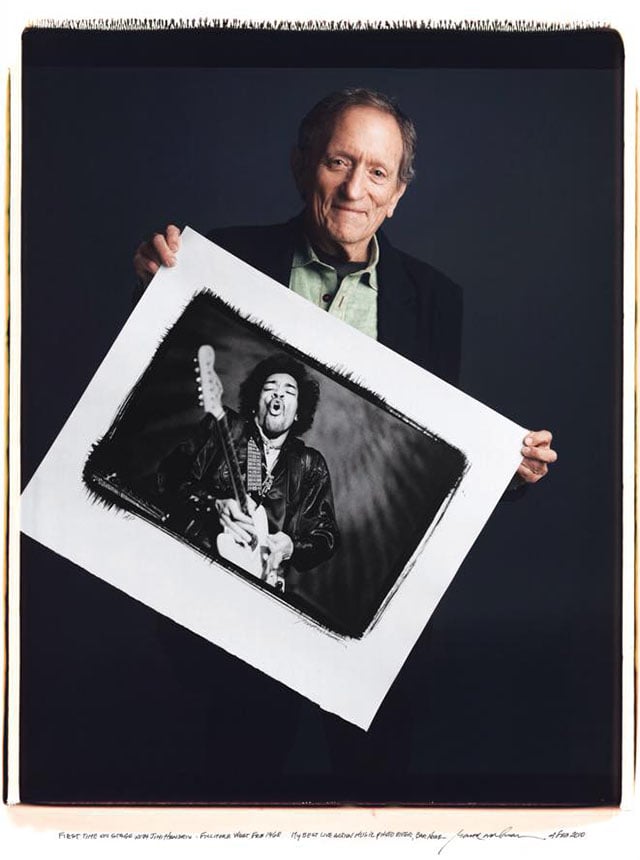 Alfred Wertheimer and “Elvis and His Date” 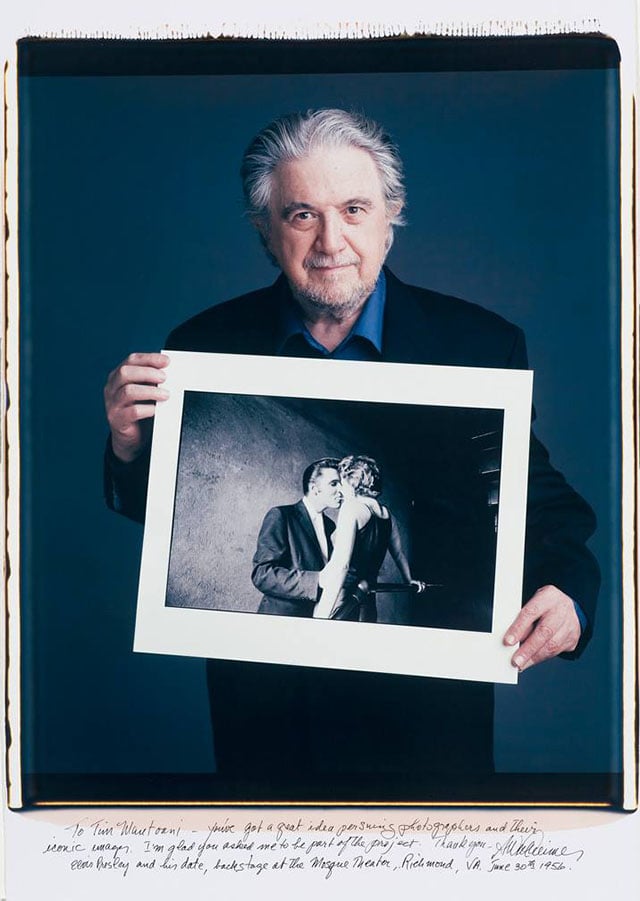 Here’s a video Tim Mantoani made a few years ago to introduce the project:

…and here’s an interview Mantoani did with a news station back in 2012 about the work:

If you’re interested in picking up your own copy of this book, you can find it for about $50 through various bookstores or as a $15 ebook through iTunes and Amazon. You can also buy deluxe and signed editions through the project’s online store.

P.S. If you’re interested in photography-related apparel, Mantoani is also working on a project called SNAP Apparel. It’s a line of clothing designed for people who love photography.

Image credits: Photographs by Tim Mantoani and used with permission