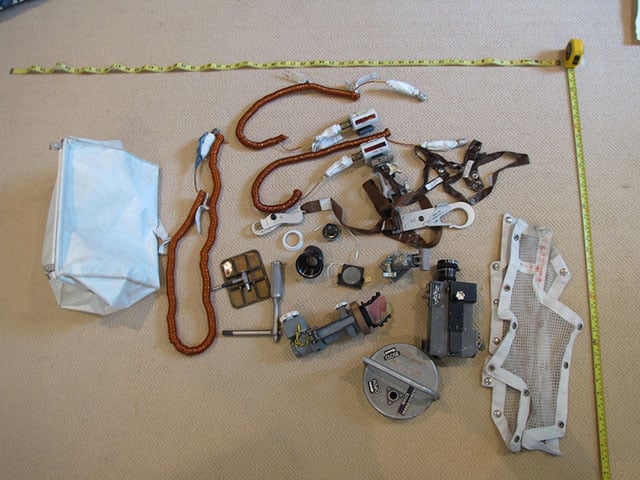 After Neil Armstrong, the first man on the moon, passed away in 2012, his widow contacted the National Air and Space Museum. Carol Armstrong had discovered a white cloth bag in one of Neil’s closets, and it was filled with items that looked like they had been used in space. Among the contents was a forgotten camera that had been used to capture images of the first moon landing.

The museum has written a blog post about the discovery, and writes that the bag was something known as a McDivitt Purse that was kept in the Lunar Module during missions.

The astronauts used the large clutch-style purse to temporarily store things when they weren’t needed, and the bag was originally to be left behind and destroyed with the landing module. Apparently Armstrong decided to keep the bag and its trinkets as personal souvenirs, which wasn’t uncommon for astronauts to do.

After inspecting the bag and its contents, museum experts determined that the items had indeed come from the Eagle Lunar Module during the Apollo 11 mission that landed the first humans on the moon.

“As far as we know, Neil has never discussed the existence of these items and no one else has seen them in the 45 years since he returned from the Moon,” writes museum curator Allan Needell.

One of the treasures found in the bag was a 16mm Data Acquisition Camera that documented the landing and first steps from the window of the Eagle module on July 20, 1969.

Here’s a closer look at the camera in the photo showing the bag’s contents: 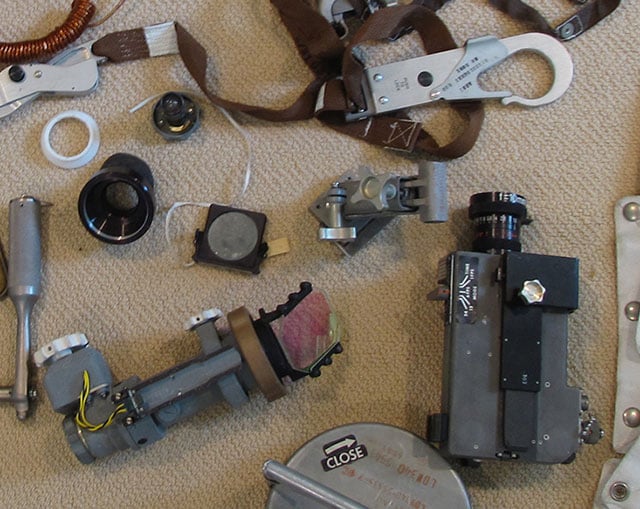 Here are two NASA images that were captured by the camera during the moon landing:

There are 12 Hasselblad cameras on the surface of the moon that were abandoned after moon landings, but this is one moon camera that made it back safely to Earth.

How to Do Levitation Photography: A Tutorial