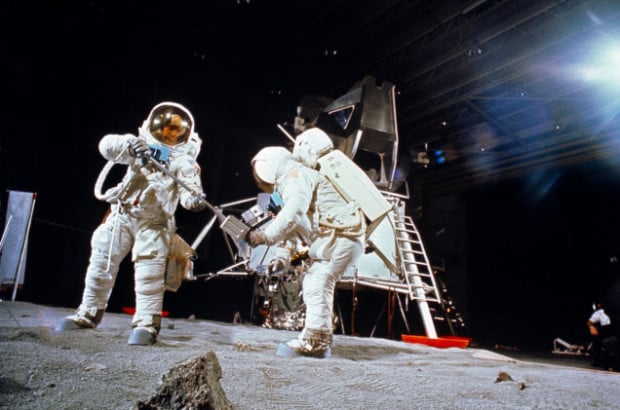 Yes, it’s April Fools’ Day, but this photo and those below aren’t fakes. These are the real deal. Not that kind of real deal, though. These are photographs taken during training simulations in Houston, three months before these gentlemen, Buzz Aldrin and Neil Armstrong, actually stepped on the moon.

The photographs depict the space-bound duo going through the various exercises they would be taking part in while on the lunar surface. From collecting lunar dirt samples to setting up some surveying material, the images give us a unique behind the scenes look at an integral part in American history.

Of course, there are at least a few people out there who will see these as dress rehearsals for a soon-to-be-filmed Stanley Kubrick production… nothing we can do about that though.

If you like these and you want to see photos from when Apollo 11 actually went to the moon (as well as every other Apollo mission for that matter) be sure to visit our post on the Apollo Image Gallery and feast your eyes on the REAL real deal.

GoPro Announces a New Software Update Alongside a Barrage of Accessories