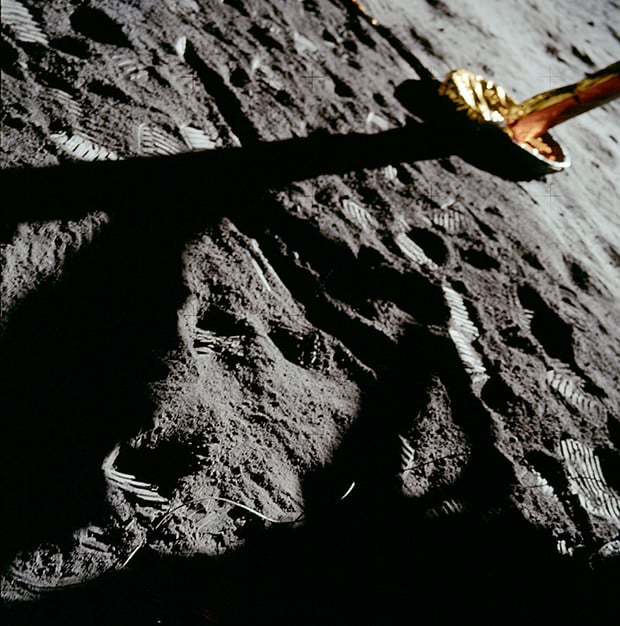 Neil Armstrong passed away this past Saturday at the age of 82. In addition to being the first man to walk on the moon, he was also the first photographer to set foot on that hunk of rock 238,900 miles away. Armstrong and fellow astronaut Buzz Aldrin snapped a total of 122 70mm color photographs using modified Hasselblad 500EL cameras during their short visit on July 21, 1969. However, not all of them were pretty.

American Photo magazine writes that the photographic record left by those two men shows a very human picture of that first landing. Some of the “dud” photos show accidental shutter preses, focusing errors, lens flare, and even photobombed landscape shots. 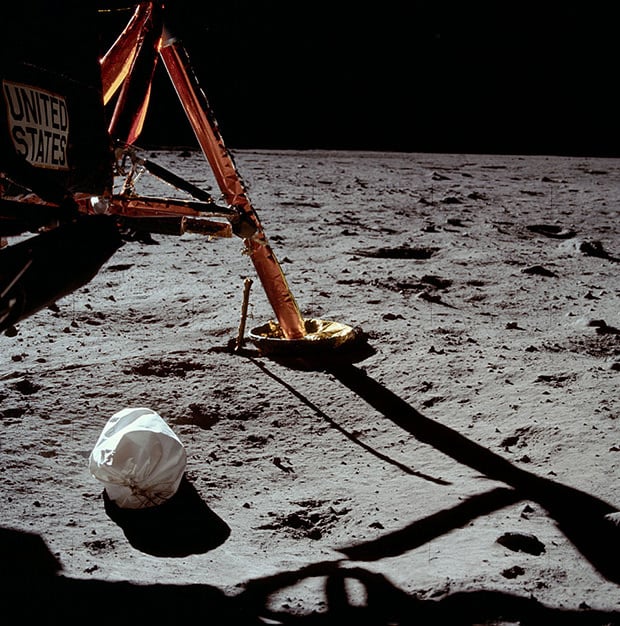 An interesting fact about the images is that only five of them show Armstrong, either partly in the frame or reflected. Charles Apple of the American Copy Editors Society explains,

In fact, if you’re hoping to use a picture of Armstrong on the moon tonight: Rots of Ruck to you. Armstrong and Aldrin only walked on the moon for about two-and-a-half hours that night in 1969. Most of the time, Armstrong carried the primary camera. Aldrin carried a camera but was assigned to shoot specific, technical things.

The result: Lots of pictures of Aldrin. But hardly any of Neil.

That’s why the photos that we do have of Armstrong on the moon are either reflections seen in Aldrin’s visor, or pictures of Armstrongs backside when he accidentally photobombed shots, like this one: You can find the entire collection of 122 photographs on this NASA website, listed in chronological order. RIP Mr. Armstrong.