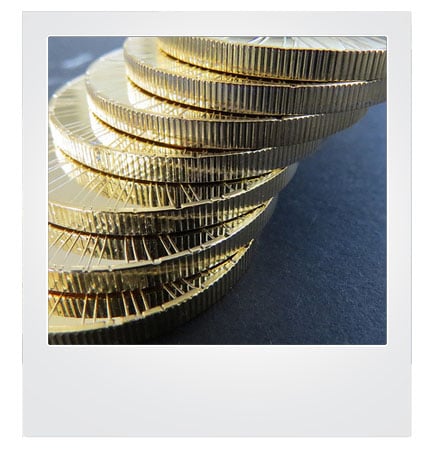 The BitCoin boom of 2014 (and subsequent decline) helped introduced the idea of a digital currency to the general public. Photographer Sarah Meyohas wants to take advantage of this new awareness: she is launching her own “digital currency” called the “B*tchCoin” (BC) that’s backed by her own photography.

By launching this system, Meyohas is allowing art collectors to invest in her future work rather than in existing artwork. The coins will be tradable among collectors on the open market. Every time a coin is issued, Meyohas will set aside an unframed archival chromogenic print inside a bank vault so that the currency will always be backed by real photography.

A first batch of 200 coins will be sold for $100 apiece on February 15 at a launch party in New York City, where Meyohas will unveil the currency’s first print, a piece titled “Speculation”: 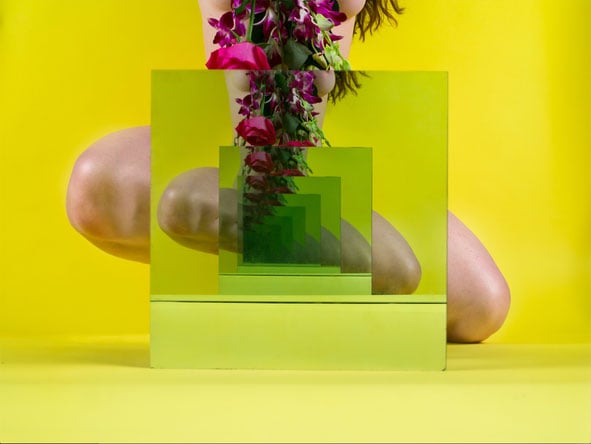 Even though Meyohas calls her coin a “digital currency,” investors will still be given a physical certificate representing their investment. It’s a piece of paper that contains two strings of letters and numbers (“keys”) that can be used to access an encrypted account balance.

The photographer says that investors will also have access to a special software client for Mac and PC that will allow the coins to be sent and received electronically.

Just like this project, Meyohas is involved in both art and finance: she graduated with a finance degree from the prestigious Wharton School of Business before entering the Masters of Fine Arts program at the Yale School of Art where she’s currently studying.

You can find out more about the B*tchCoin and details of the launch event on the official website.

Update on 2/11/15: This project was done in collaboration with Where, a think tank and exhibition space in Brooklyn, New York.

Image credits: Header graphic based on photo by Antana