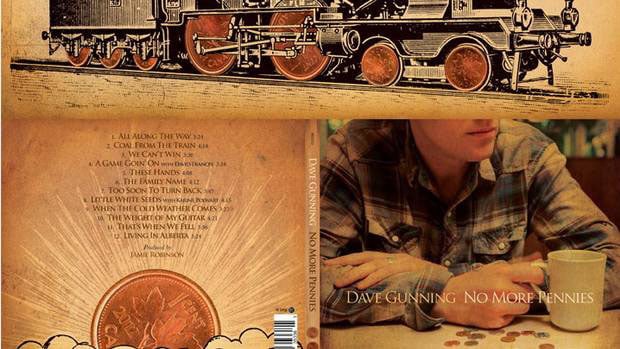 You might want to think twice the next time you snap a photo containing Canadian currency: the Royal Canadian Mint says that it holds copyright over those images.

It recently informed Nova Scotia folk musician Dave Gunning that he would need to pay licensing fees for the artwork used in his upcoming album No More Pennies. Set to be released on September 18th, the album art features three photographs that contain Canadian pennies (depicted as a sun, as train wheels, and on a table), designed to pay tribute the fact that the pennies were discontinued this year.

The Mint originally asked for Gunning to pay $1,200 for a “mechanical rights fee” for the initial run of CDs. Gunning quickly made an appeal to his fans, asking them to bring pennies to his shows in order to pay for the fees. After learning that Gunning would be interviewed by a radio station about this dispute, the Mint backed down from its original demand, but insisted on receiving fees for future runs of the album.

News of this story went viral this past week in both Canada and the United States. Yesterday, the Mint decided to back away completely and not pursue any royalty fees.

The Huffington Post writes that the mint is also reviewing its policies in the aftermath of this controversy:

In a statement, the mint said it would assess its intellectual property policy “to ensure that it is being applied fairly on a case-by-base basis while protecting the interests of Canadians.”

[…] The mint initially agreed to waive the royalty for the first 2,000 albums only. Future batches were expected to set Gunning back 60 cents per CD.

Aquino said the mint will require some changes to the album’s artwork when the next round is produced. It can still include depictions of the penny, though the side showing the Queen is not permitted.

My friends in the commonwealth sometimes don’t understand what the practical difference is between “Crown copyright” (where the government holds a copyright to the works it creates at taxpayers’ expense) and the US system, where government works automatically enter the public domain. But here it is: the right of Canadian artists to create art about the decisions of the Canadian government is contingent on the government’s permission — and is subject to an arbitrary fee levied by the state.

After a good deal of public embarrassment, the mint backed down, but it continues to assert that it holds a copyright in the image of Canadian currency.

While Gunning is now off the hook, the fact that the Mint demands royalties for depictions of its currency hasn’t changed, and is a good thing to know for those of you who have never heard of it before.

12.5 Years of Daily Self-Portraits Averaged into a Single Photograph