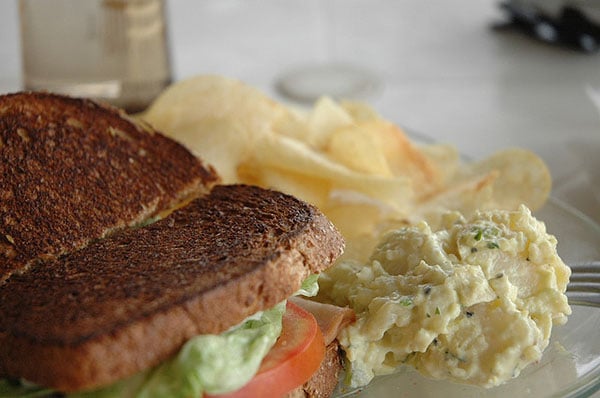 Everyone is a photographer these days, and it is estimated that 380 billion photographs were taken last year, with a huge percentage of them created with the 1 billion+ camera-equipped phones now floating around. The New York Times’ James Estrin has some interesting thoughts on where this radical-shift in the practice and definition of photography is taking us:

Just as access to pens and paper hasn’t produced thousands of Shakespeares or Nabokovs, this explosion of camera phones doesn’t seem to have led to more Dorothea Langes or Henri Cartier-Bressons. But it has certainly led to many more images of what people ate at lunch.

[…] A photograph is no longer predominantly a way of keeping a treasured family memory or even of learning about places or people that we would otherwise not encounter. It is now mainly a chintzy currency in a social interaction and a way of gazing even further into one’s navel.

He thinks the strengthening torrent of digital images will have one of two possible effects: a culture that is more aware and appreciative of photography, or a society in which it’s impossible for any photo to rise above the flood of images.

In an Age of Likes, Commonplace Images Prevail [NYTimes]

Photos of Flowers That Were Frozen and Then Shattered to Pieces