Scientific photographer Neil Bromhall of Right Plants 4 Me created this time-lapse showing the birth of an oak tree. It reveals how an acorn turns into an oak seedling over the course of 8 months from September through April.

Bromhall collected the acorn one September, built an underground set for it, and captured one photo every 2 hours with his Nikon D300 and 55mm f/2.8 macro lens. 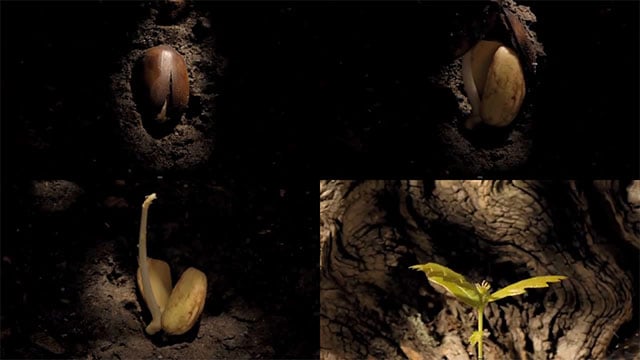 The acorn split only shortly after being planted, and the first roots began growing in the following January. A shoot began to emerge in February, and in March that shoot broke through the surface of the soil.

Leaves emerged in March and April at the end of this time-lapse project.

James Nachtwey on the Power Photography Has to Change Our World