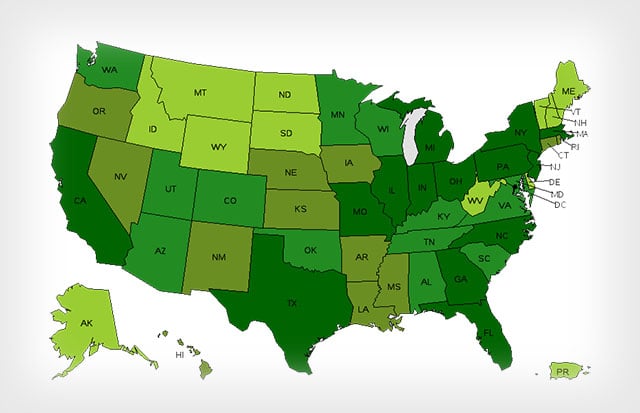 What is the current state of the professional photography industry in the United States? Back in April 2014, the Bureau of Labor Statistics released statistics about the photography profession from May 2013. The data offers an interesting look into where photographers are living and how much they’re earning.

The Bureau estimates that there were 54,830 people employed as professional photographers in the US in 2013. This doesn’t include self-employed photographers, which would likely add greatly to that figure (there were an estimated ~140,000 photography jobs in 2012).

Here’s a heat map showing where photographers are living by state: 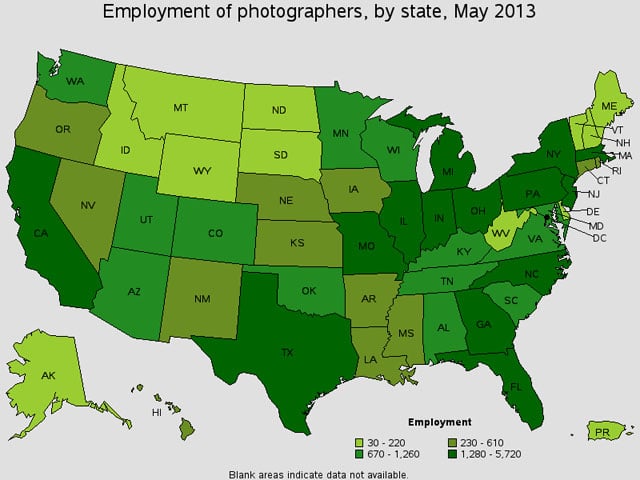 …and here’s a more detailed one showing number of photographers by metropolitan area: 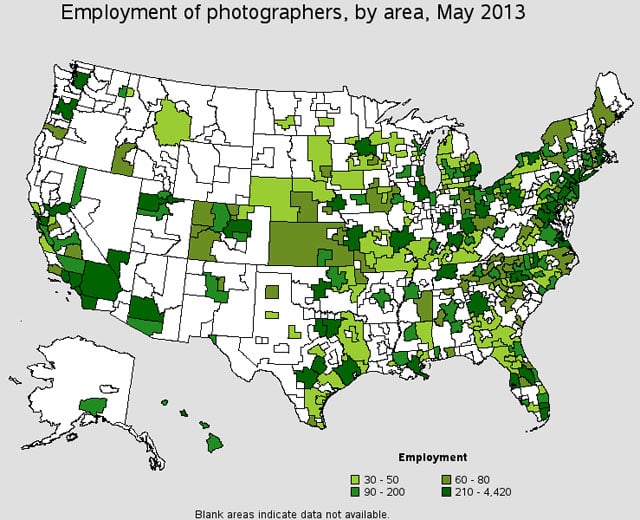 Another interesting way of seeing where photographers are working is something known as “location quotient.” This is a look at how concentrated photographers are in a particular area compared to the national average. In other words, it takes population and the total number of jobs in location into account. This is the state view: 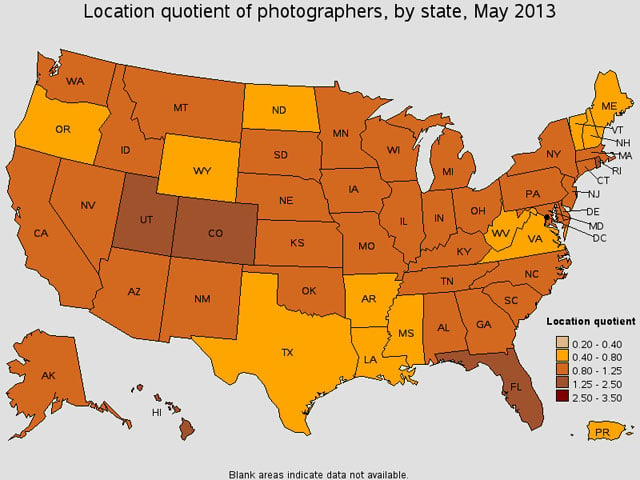 …and the metropolitan area view: The highest concentrations of photography jobs are found in Hawaii, Rhode Island, Florida, Utah, and Colorado. Even though more photographers live in more populous states, the photography profession isn’t as concentrated as it is in these states (with Florida being the lone state in both lists).

How Much Photographers Make

This next map shows the average wage of photographers by state: …and this one is by metropolitan area: 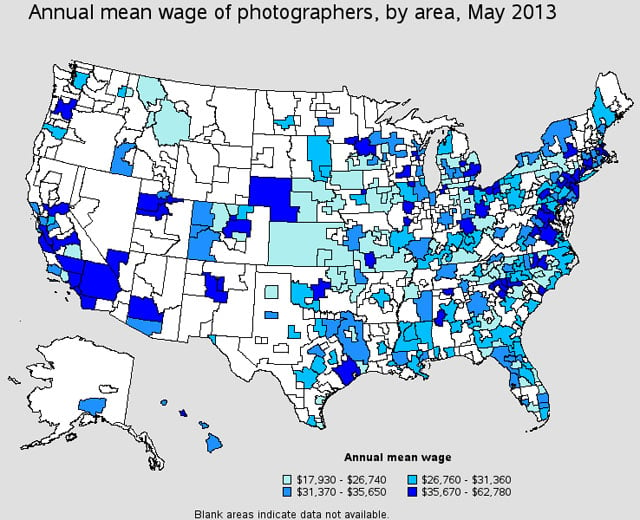 You can head over to the official report page on the Bureau of Labor Statistics website if you’d like a closer look at these maps and figures. The data has also been released in spreadsheet files if you’d like to dive deep into the numbers.

Nobody Tells This to Beginners: An Inspiring Video for Creatives Just Starting Out

BTS: Capturing the Lives of Gauchos in Patagonia for National Geographic