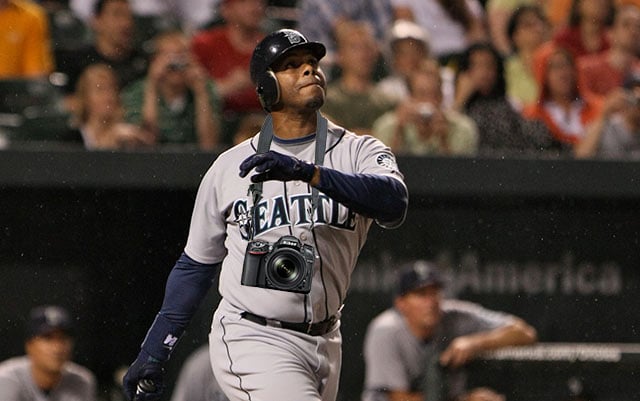 Famous professional athletes have all kinds of post-playing careers. Some stay involved as coaches, others become TV analysts for the sports they love, and a few strike it rich in business as entrepreneurs. For at least two former baseball stars, their interests have led them down a different path: professional photography.

Ken Griffey Jr., who was one of the most prolific home run batters in the history of Major League Baseball, has been seen recently on the sidelines of football games with serious photography gear in tow. And this isn’t just a case of someone with deep pockets dabbling in a new hobby — Griffey has been shooting for big publications.

He recently attended the college football Fiesta Bowl and covered the game at ground level his son, Arizona wide receiver Trey Griffey, was playing in the game, and Griffey was shooting the event for ESPN. 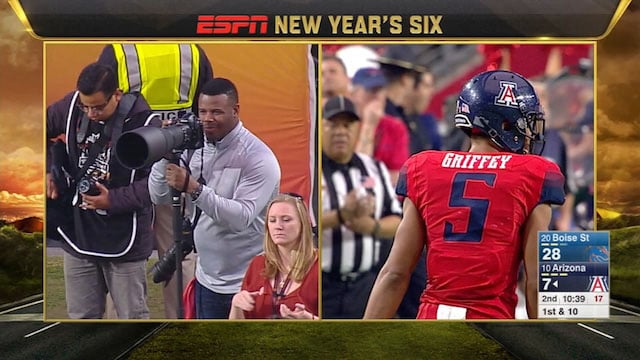 Here’s one of the photographs he captured:

Griffey isn’t the only big baseball star to have picked up a camera after hanging up his glove. Pitching legend Randy Johnson is a professional photographer now too. He actually majored in photojournalism while pitching in college at USC, and he began photographing again for major media outlets after his retirement.

Here’s an interview in which he talks about his involvement in photography:

…and here are a few more videos that offer a glimpse into things Johnson has gotten involved in as a photographer:

You can find a selection of Johnson’s photographs over on his impressive online portfolio. It doesn’t seem like Griffey has a photography website, but you can find some of his shots through his Instagram page.

Image credits: Header image based on photo by Keith Allison

Projector Brought Into the Forest Turns Nature Into a Glowing Wonderland

The 52 Week Photography and Business Challenge