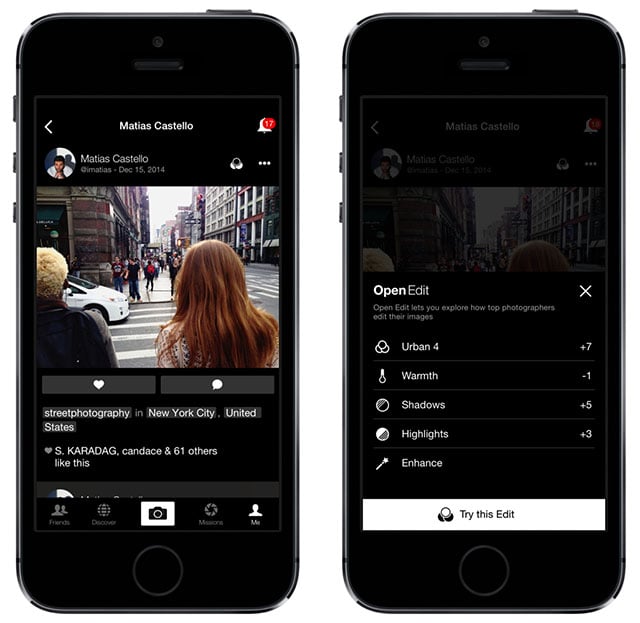 Photosharing service EyeEm has rolled out version 5 of its popular app. The main new feature to appear is one called Open Edit, which lets you explore the edits other photographers have used on their photos.


The Open Edit feature will appear as an icon on some photos in your news feed. Tapping this icon allows you to explore the photo’s edits, including the filter that was used and the different adjustments that were made. Want to see how the exact same edits would look on your own photograph? An extra tap will allow you to do so.

EyeEm says that a number of talented photographers are already sharing their photos with the new Open Edit feature, and that it will continue to be rolled out to more users in the coming days. If you want to explore only Open Edit-enabled photos, there’s a special new album containing just that. 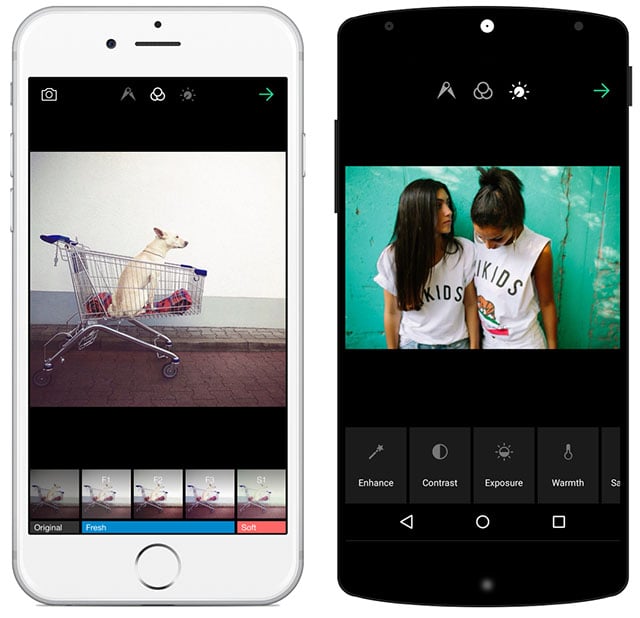 Other changes and features in Version 5.0 include new filters with adjustable intensity (bringing the total to 24), new editing tools (e.g. contrast, brightness, saturation), gridlines for cropping and straightening, and a perspective correction tool.

Want to Buy or Sell Camera Gear on Facebook? The Company is Testing Out Group-Based Selling