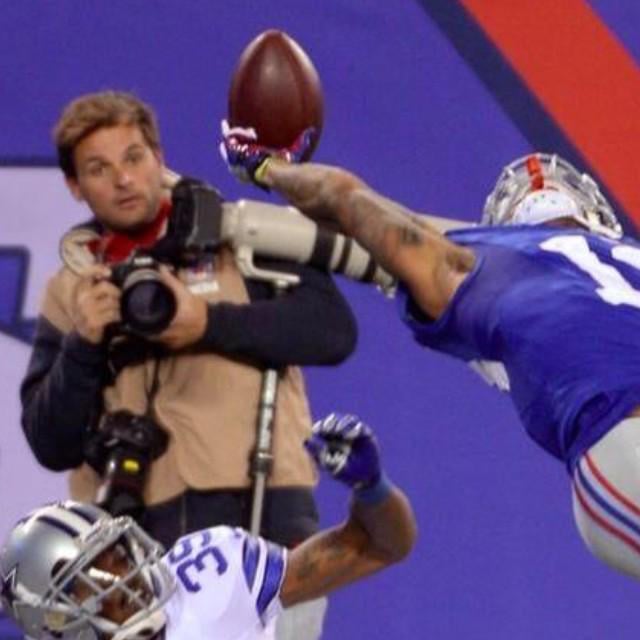 “I got fired on Twitter last night.” That’s how NJ.com photographer Andrew Mills starts his side of a story that went viral on social media two days ago. Thanks to a photo that seems to show Mills missing what might have been one of the greatest photos of his career, social media tagged him with the tongue in cheek caption “this guy used to be a sports photographer.”

Except that he did get the shot, or at least a shot… and the shot he got is a testament to how good of a sports photographer he really is.

If you’re a football fan, you know that we were recently treated to one of the greatest one-handed catches of all time by NY Giants receiver Odell Beckham on Sunday night. It was a spectacular grab that was captured by everybody… well… almost everybody.

The screengrab above started circulating around Twitter (and by circulating we mean exploded) accompanied by the caption “This guy used to be a sports photographer.”

But as Mills explains in his recent article, Twitter got it wrong:

It did not look good.

But the joke was on them: With the camera at my shoulder, I was shooting. And at halftime, I was able to tweet my best frame of the catch. The tide turned.

This is that shot: 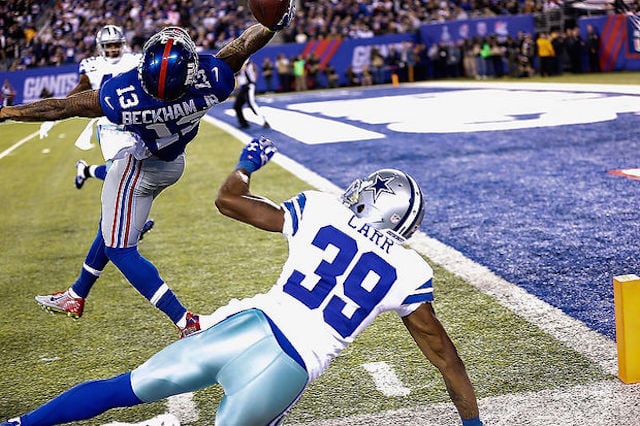 He didn’t miss the shot, at least not entirely. The issue is that he was caught completely off guard by the play on his way to the other side of the field to pick up his partner’s CF cards and go transmit some images.

As the ball was snapped, he turned around to snap some photos of Manning with his 500mm: Then he switched to his body with the 70-200mm to hunt down the receiver who is about to get the ball… except that receiver is running right at him.

Here’s how he describes the situation:

I am tracking him, and Beckham is closing fast. Too fast. And I am too close. Way too close. And there’s nothing I can do.

So as I began to lower the 70-200 to desperately grab the wide angle around my neck, the play is unfolding, literally, at my feet. I’m shooting (and twisting the zoom to get as wide as possible) the entire time the camera is being lowered.

Quite a pickle, and an impressive snapshot considering the situation and just how quickly Mills had to react! And you’d never guess the amount of work he’s doing to try and capture the image given the look of complete surprise on his face.

To read the full story written by the photographer himself, head over to NJ.com by following the link below.

How everyone thought I missed the photo of Odell Beckham Jr.’s amazing touchdown catch … but I didn’t [NJ]

Sony Officially Announces the a7II in the US! Will Ship in Time for Christmas