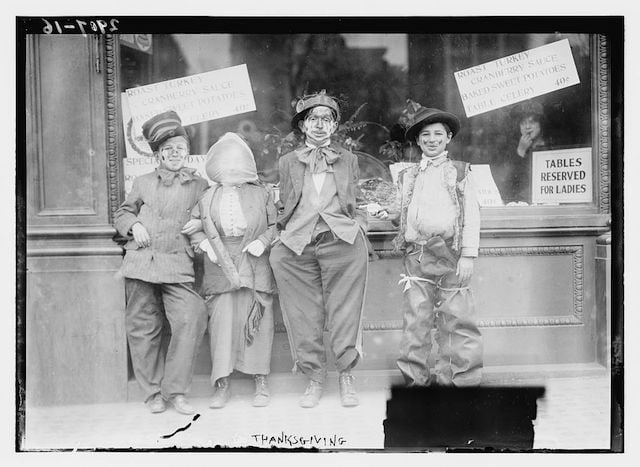 You might think that Thanksgiving day has always consisted of football, the Macy’s parade, and copious amounts of tryptophan, but as these old photos from deep within the Library of Congress’ archives show, 100 years ago, Thanksgiving was something else entirely.

Thanksgiving 100 years ago looked, actually, quite a bit more like a strange daytime Halloween celebration thanks to a tradition known as ‘masking.’

As Greg Young over on The Huffington Post pointed out a few days ago, it was more about “masks, mischief and cross-dressing” than the standard traditions we know today. Children and adults alike would dress up and go on ‘crawls’ in big cities like New York and Chicago. And this wasn’t an odd tradition for just a few people. As NPR points out in their article about the tradition, a 1911 newspaper article in NYC writes that, “fantastically garbed youngsters and their elders were on every corner of the city.”

Elaborate costumes and masks were commonplace, some rode horses or bicycles, throwing confetti and flour on pedestrians was “an allowable pastime,” and masquerade balls would take place across the country.

Many of the children dressed up as homeless people and went around begging strangers “anything for Thanksgiving?” The usual response involved throwing them pennies and nickels, apples, or pieces of candy. A few of the pictures below show Thanksgiving maskers ‘scrambling for pennies.’

Just imagine a lot more Halloween and a lot less Thanksgiving as we know it today. Or better yet, stop imagining and scroll down to see it for yourself. 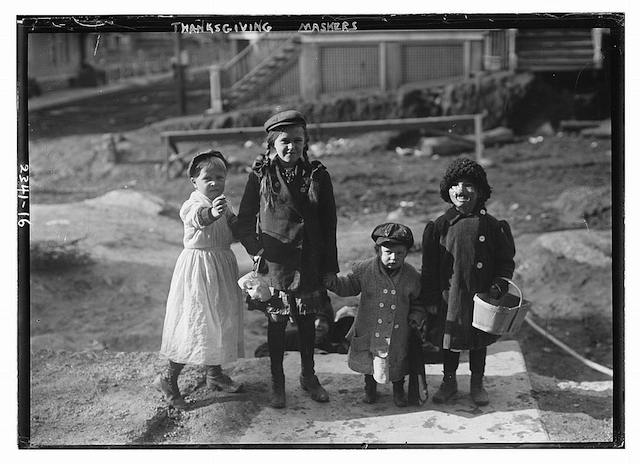 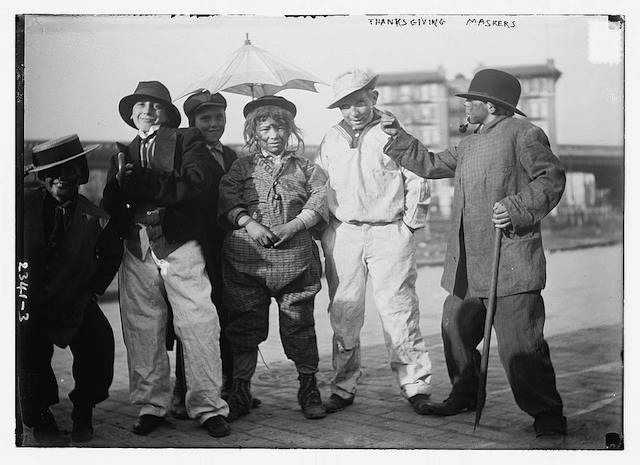 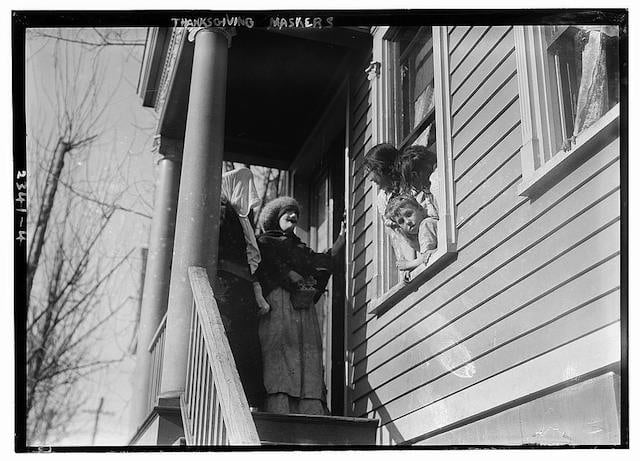 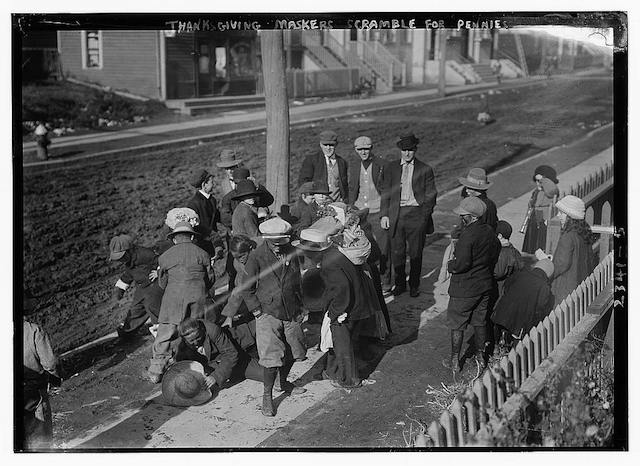 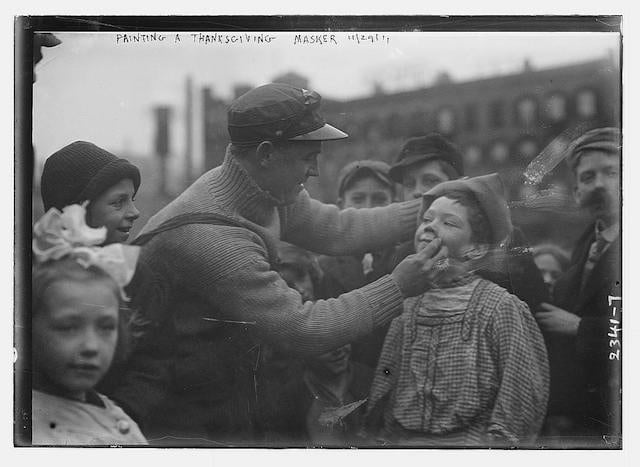 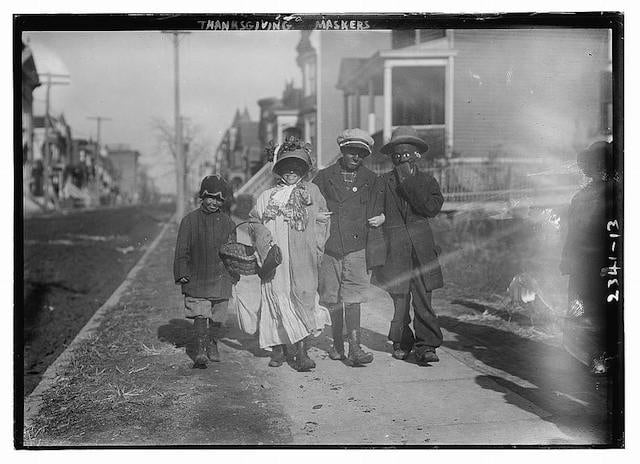 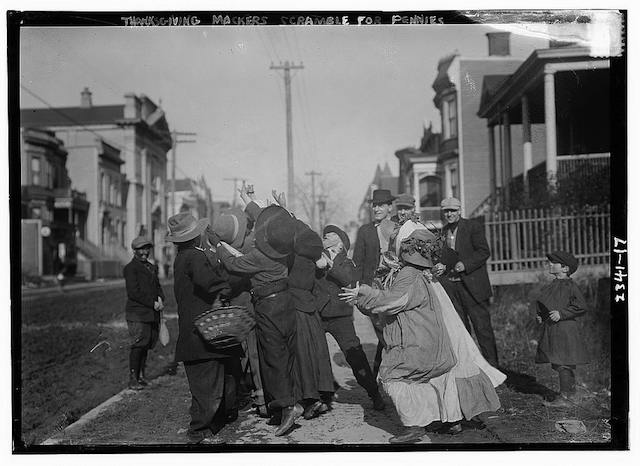 The tradition slowly faded as the decades wore on, eventually disappearing entirely when that little Thanksgiving Day parade made famous by Miracle on 34th Street became the focus of the day’s festivities.