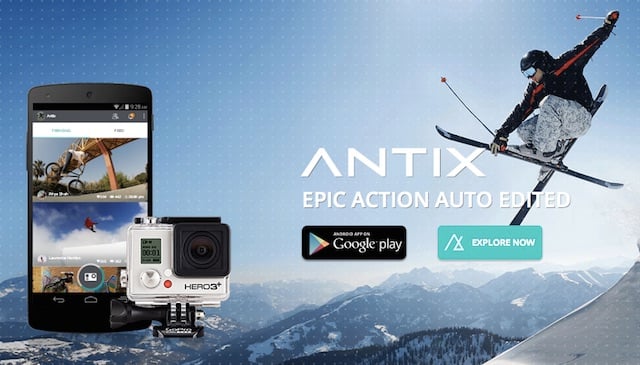 GoPros are wonderful little devices that can capture hour after hour of adventurous endeavors (or mundane experiences…). Those hours add up though, and not all of us have time to meticulously edit together a final result to share with the world.

The Antix app thinks it can solve this problem by using artificial intelligence to automatically compile your GoPro footage and edit it into a complete highlight video… all without you having to do much of anything at all. 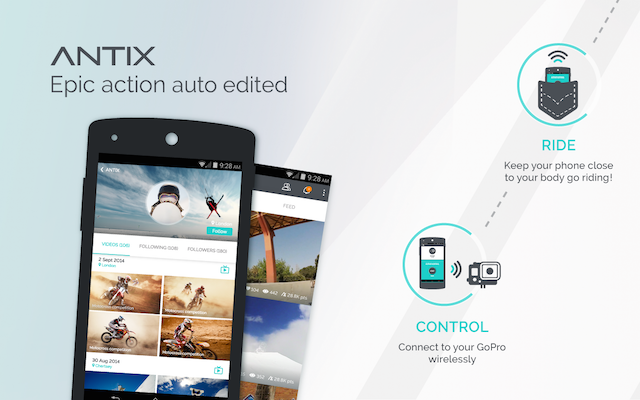 Once you pair your GoPro with the Android-only app and press the record button, Antix, “uses multiple sensors in the phone to track motion during action sports sessions. A smart algorithm determines when something exciting has happened which is then located in the video footage to produce a Vine-like highlight that is posted straight to the user’s profile.”

And Antix isn’t just about auto-editing and sharing clips, it’s also about competing with other Antix users. In a nod to GoPro’s adventurous demographic, Antix has created a clever points system that rates your videos and the tricks in them. These points are then used to compete against friends and other users. Of course, the app does require that your phone stays on you, and more motion doesn’t necessarily equal a more exciting clip, but the idea of an app intelligently picking out, geo-tagging, and editing together the best parts of your recent ski or kite surfing trip is definitely intriguing.

For now, the app is only available for Android, with an iOS version in the works. You can learn more about the app and browse highlights on the Antix website, or download the free app for yourself on the Google Play Store.