In the interest of offering an official Fuji thumb rest alternative for the major X-Series cameras out there, Fujifilm Japan just announced a series of thumb rests for the X-Pro1, X-E2 (also compatible with the X-E1), X100T and X30.

Uncovered by the folks at Fuji Rumors, the thumb rests — which haven’t been announced in the US or Europe yet as of this writing, but look very similar to the Lensmate thumb rests some X-Series shooters may be familiar with — attach using your hot shoe and give you a place to rest your thumb when you’re using the camera.

Here’s a look at all of the versions that were announced, in both Silver and Black: 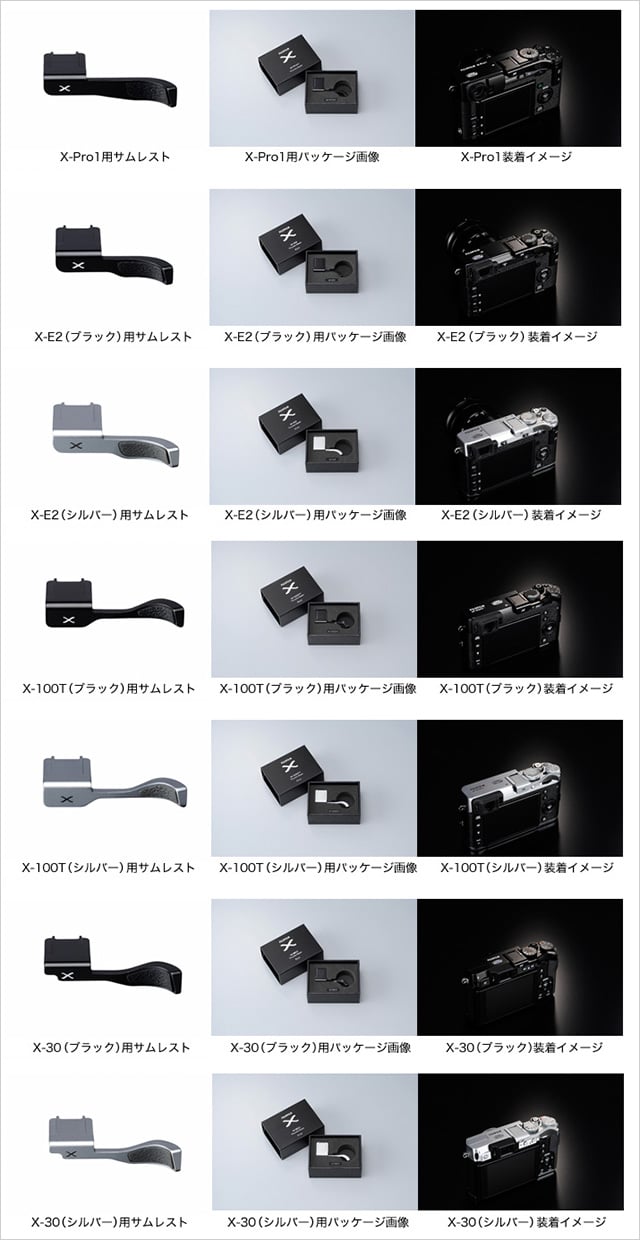 There’s not much more to say about them except that making sure you have an official X-Series logo on your thumb rest is going to cost you. Where the Lensmate X100T thumbrest is set to cost $60 when it arrives “by the end of November,” all of the models above cost 11,500 Yen or approximately $100 USD.

To find out more, check out the translated announcement page by clicking here.