Have you ever noticed how, in every photo of an astronaut using camera gear in the International Space Station, there’s pretty much never a tripod or monopod or special mount in sight? They’re always just handholding this massive camera with a 400mm lens attached.

So how, then, can they capture incredibly crisp photos of the Earth when they’re flying above it at 4.8 miles per second? In the video above, iconic Canadian astronaut Chris Hadfield shares the fascinating answer.

The video was captured by travel photographer Brandon van Son at a media Q&A with Hadfield, and while others there wanted to know what being in space is like, van Son asked a question that would have been on any photographer’s mind there: How exactly do you take amazing photos of Earth from space? 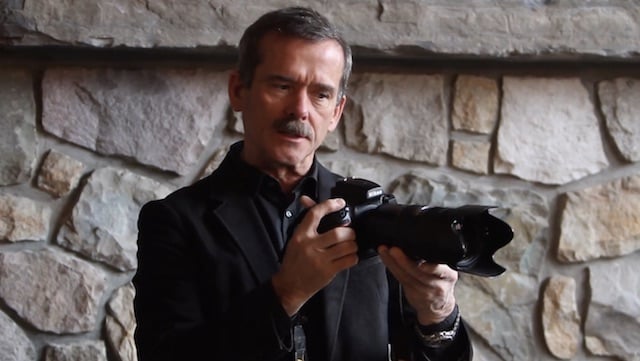 Hadfield’s answer and resulting demonstration describes exactly how, because of the lack of gravity, the astronauts who are also talented photographers learn how to actually move the camera in mid-air at exactly the speed the Earth is moving below them. In fact, he says they’re so good at it they can take hand-held long exposures at night.

While keeping a camera stable on Earth requires a lot of fine motor skills, many muscles firing and a slew of other potential challenges, Hadfield says the only imput he has to worry about on the ISS is his heartbeat. Fascinating…

That and many more details about how exactly he manages to captures such fantastic shots from space are all shared in the video above — a bonafide must watch. Check it out and then, if you’d like more details, head over to van Son’s blog post about the encounter.

A Look Back at 100 Years of Leica Cameras