YouTube channel MotivationHub recently posted an inspirational snippet from a London Real interview with Canadian astronaut Chris Hadfield, in which he shares some life advice and reveals the motivation and meaning he finds in capturing photography from space.


Hadfield is one of the most seasoned astronauts of the modern day. Not only did he fly up in the Space Shuttle twice—to help build the Russian space station Mir, and the International Space Station (ISS)—he then became a resident and commander of the ISS for 5 months.

It was during this 5-month stint in the ISS, while circumnavigating the globe once every 92 minutes—that Hadfield began posting photos to social media. Before long, his knack for capturing stunning compositions from the Cupola took the world by storm, turning him into an online celebrity and resulting in the 2014 photo book “You Are Here” 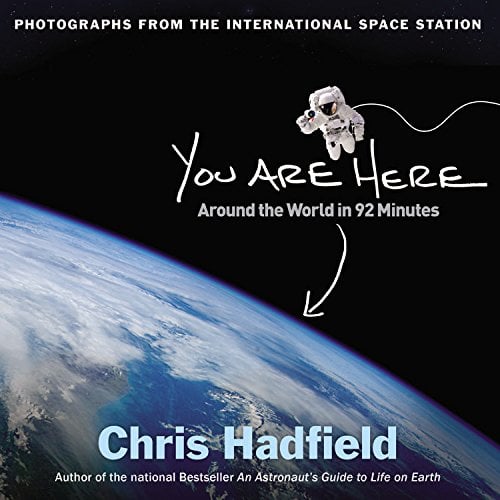 Hadfield discusses this experience in the video, explaining the responsibility he feels given the man hours, technology, and ingenuity that went into giving him this incredible vantage point. He describes his photos as a vehicle for “shared understanding,” saying that he felt “a responsibility to do my best to let other people see what’s beyond their realm, based on the things that I’ve seen.”

But the experience goes beyond a sense of responsibility. Hadfield describes taking pictures as a coping mechanism for awe. Each of the ~45,000 pictures he took from space served a twin purpose.

“You float over to the window and you say to yourself, ‘I’m not even gonna take a picture today, I just wanna look at the world,'” says Hadfield. “And you’re looking at something and you’ve GOT to grab the camera because your emotions are trapped behind you… you can’t keep up. You go ‘I’ve got to take a picture of this so I can look at it later.”

Many Earth-bound photographers will probably relate to Hadfield’s motivation, if not the perspective he’s been fortunate enough to experience.

Australia – the dryness creates colours and textures that make the Outback immediately recognizable from space. pic.twitter.com/0D4lvgJt

If you give wind and sand enough time together, they create art. pic.twitter.com/aq9SMNQ8

New York City shining by night. Central Park is visible from space, and maybe even the light on the Statue of Liberty. pic.twitter.com/5g9U5U5F

The beauty of the Bahamas is surreal; every blue that exists. Taken on New Year's Day, 2013 from the Space Station. pic.twitter.com/cnNPh8Xl

If you’re in need of a dose of inspiration or perspective, or you just need to be reminded of the responsibility or the gift that photography can be (to yourself and others), don’t skip this one. Forgive the video’s click-y title and check out the full interview snippet above.