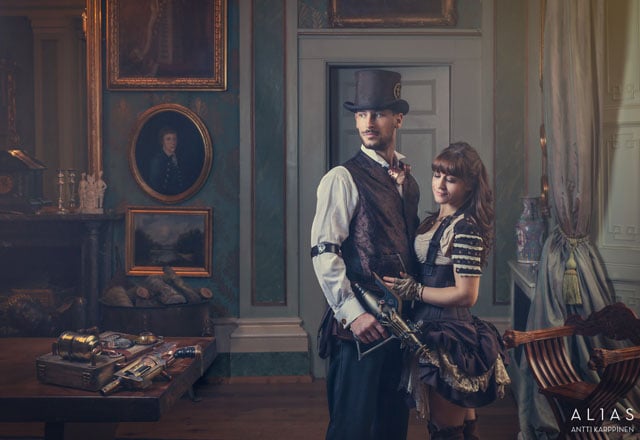 This is a story about networking, giving back, friendship, trust, #sharingiscaring and steampunk.

Before I moved to Cardiff, Wales, I decided that I wanted to do some “pro bono” projects since I’ve noticed that they provide inspiration and sometimes good things you didn’t even expect.


With this in mind, I was browsing through different photographers’ webpages when I stumbled upon the webpage of a really amazing photographer: Aga Tomaszek. It was there that I saw a series of steampunk wedding images, and I was hooked.

The images were taken in a really awesome mansion, but my eyes were drawn to the wedding couple wearing extremely detailed steampunk costumes. I looked through all the images many times and began thinking that it would be awesome to shoot that same couple in those steampunk costumes, except with my own style.

After reading through the article, I found out that the groom in the images was called Hyper Hamlet and the bride was Tink Hamlet — their real names are Paul and Danielle. I found Hyper Hamlet’s webpage, HyperXP, and found out that he is also a photography hobbyist — one that likes to tinker and make things from scratch.

So I took a leap of faith and sent Hyper a message through his Facebook pages saying that I really liked the steampunk images and that I would love to take some images of both of them when I arrive in Cardiff. After couple of days I got a message back:

Hello Antti
I’m Paul. Aga is amazing, I’m glad you like the photos. We had such a great time. You should get together with her too when you are here.
We’d love to help you out. We are not models of course but I do a bit of photography myself so understand what you need. Would you want to do TF? Your work is amazing, I can see why Steampunk takes your interest. Being in photos like that would be amazing.
What’s bringing you to Cardiff?

After this initial contact, we started keeping in touch. We talked about photography, laser cutting, steampunk and all kinds of things. In a way, we had started planning the shoot already.

So then I finally landed in Cardiff and got to meet the couple in person. After the first meeting we agreed to go ahead with the shoot, but it was still pretty much undecided what, when and where things would happen.

Since they had their wedding in this really gorgeous mansion (Maunsel House) in Somerset, England, we decided to ask if we could have the shoot there. It was a year from their wedding so it would be perfect to revisit the place and commemorate their anniversary with pictures of them wearing the steampunk costumes.

Tink (Danielle) started to email and call the mansion and when they heard what we were about to do, they let us have the mansion to ourselves for a whole day! A few more weeks of planning and tinkering and then there we were — at a photoshoot in a Victorian mansion with eye-popping scenery and movie star-quality models! 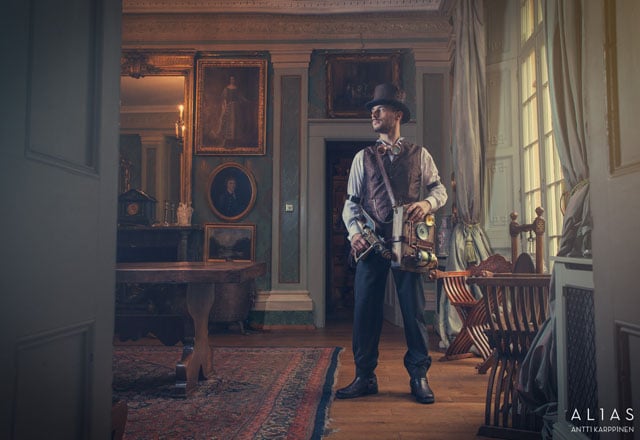 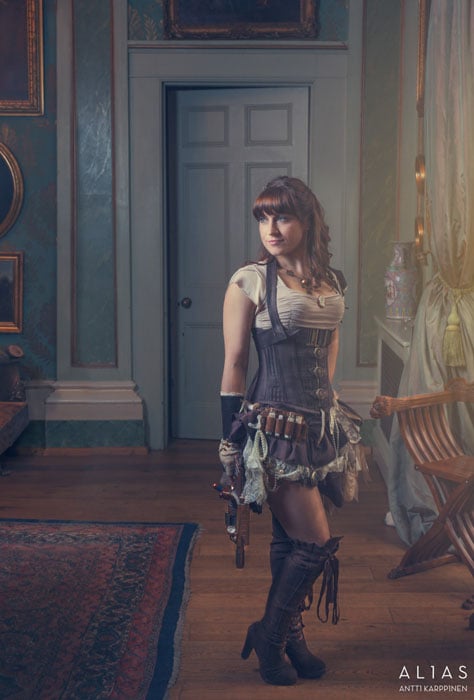 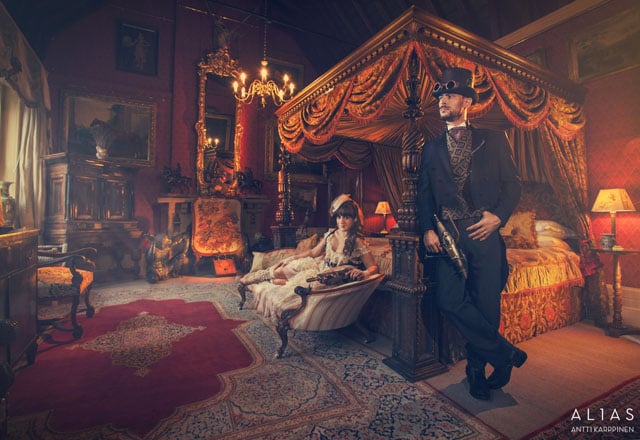 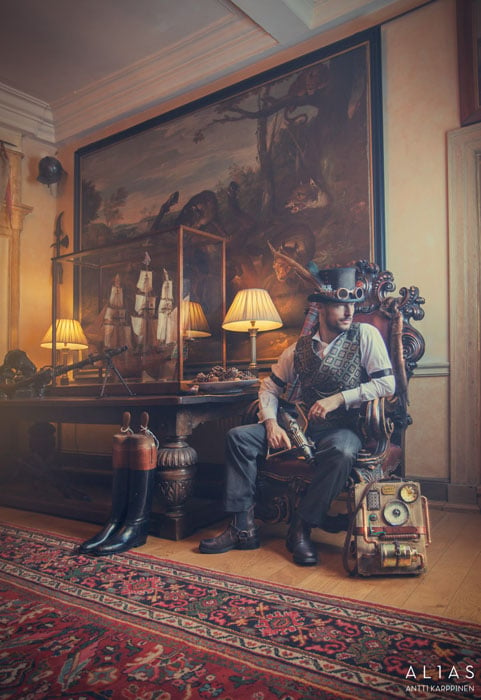 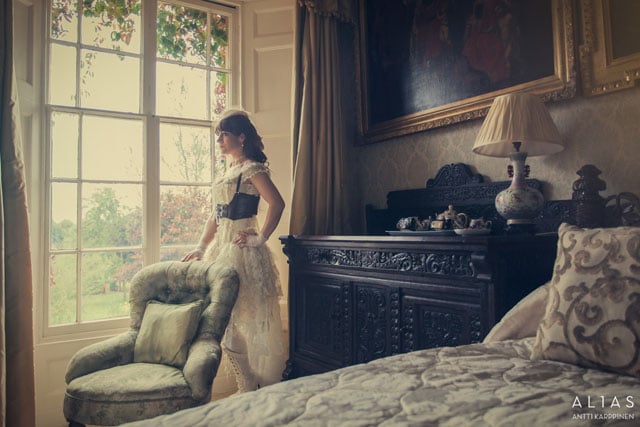 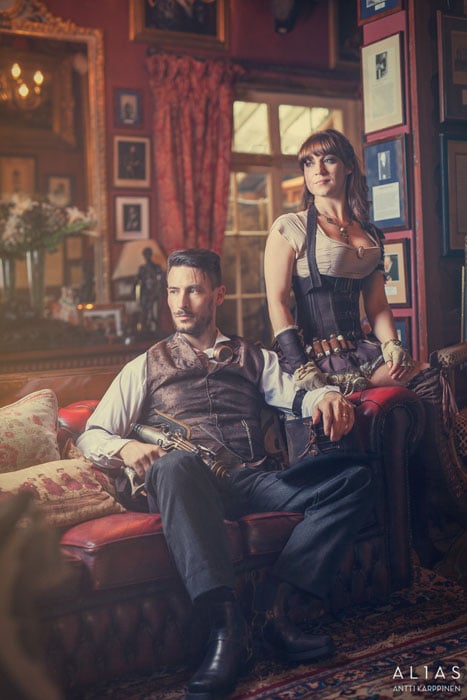 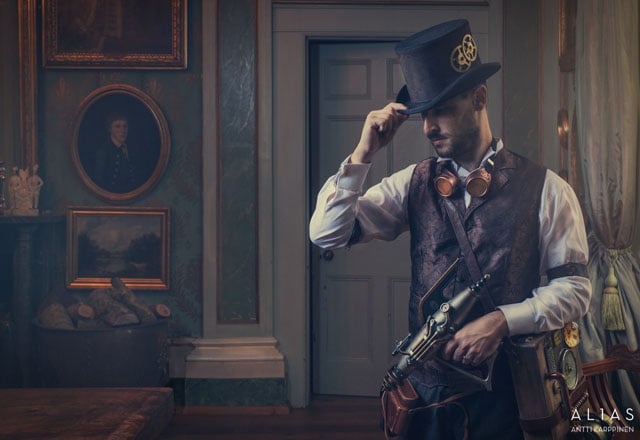 So this happened when I sent a message to a stranger; we became friends and we did something really cool together. This is what you get when you expose yourself to the world and do something. Be bold and lose the shame. Get out and meet new people!

Here are some behind-the-scenes photos from the shoot: 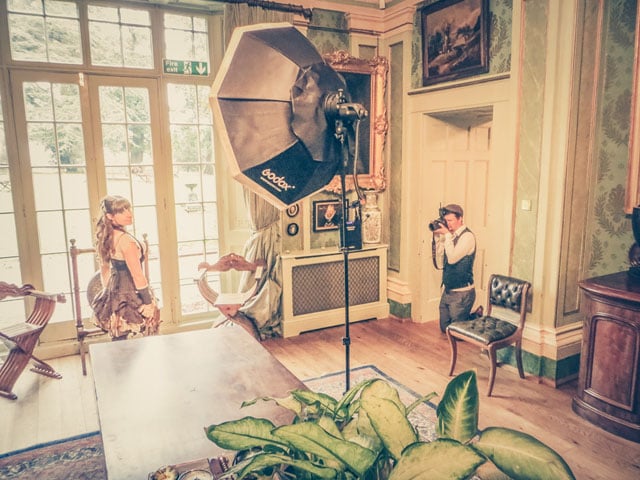 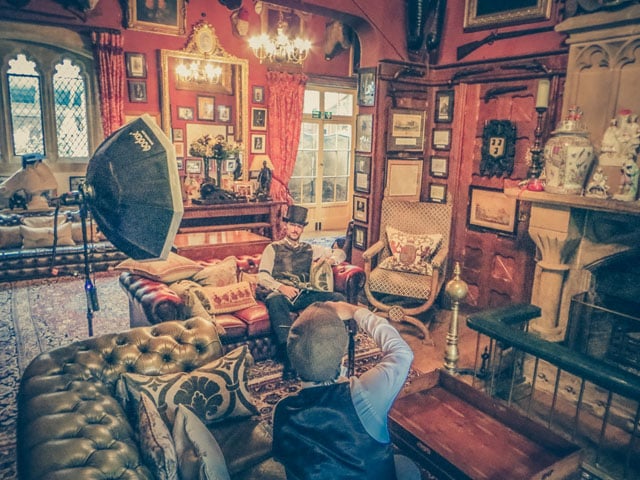 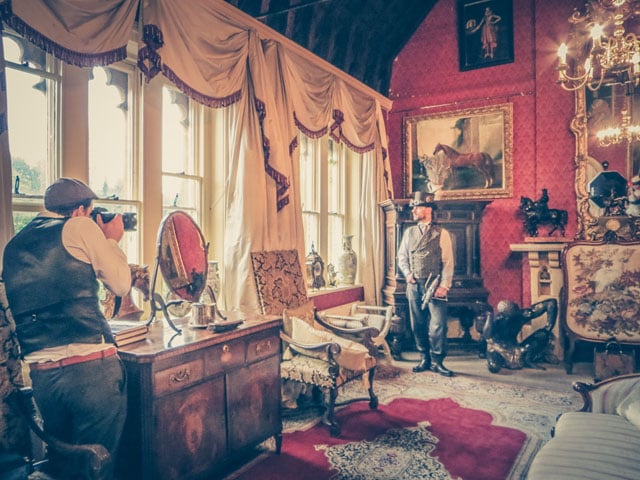 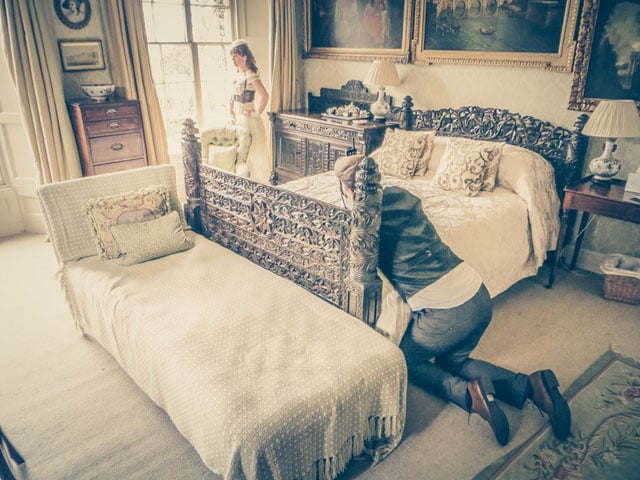 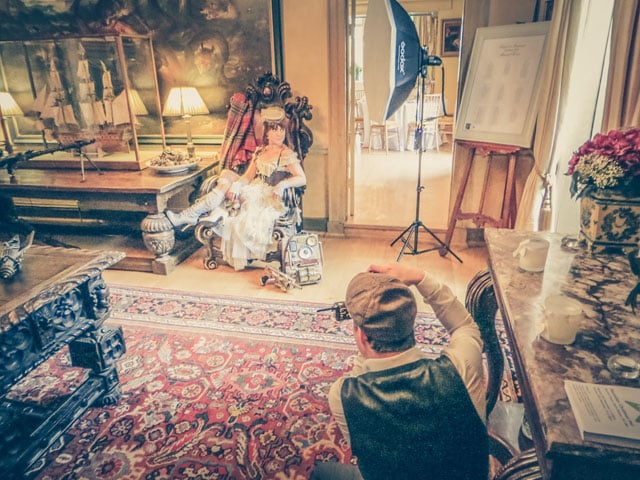 Here’s a video showing how retouching was done:

…and the before and after comparison of the image in the video: 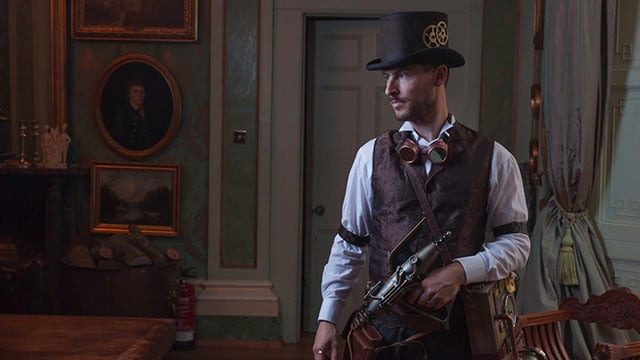 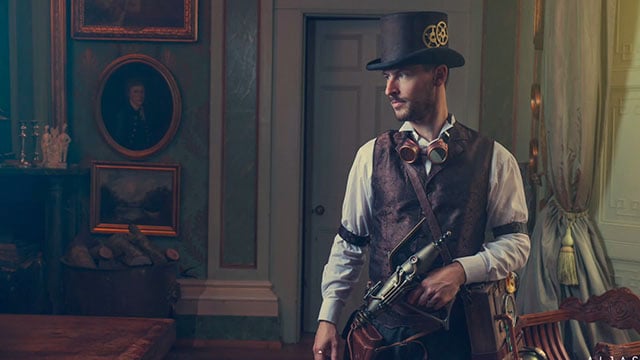 About the author: Antti Karppinen is a Finnish photographer and retoucher who is currently based in Cardiff, Wales. Visit his website here. This article originally appeared here.