Can a GoPro survive a swift kick in the lens from a 9 Iron? You know what Betteridge’s law of headlines says, ‘any headline that ends in a question mark can be answered with the word no,” but we didn’t put the question in the headline… so you’ll just have to watch the video and see.

The test was performed by the guys at Wired for their latest installment of the web show “Battle Damage,” and it’s not just an exercise in twacking a GoPro with a golf club. There are three tests in all. 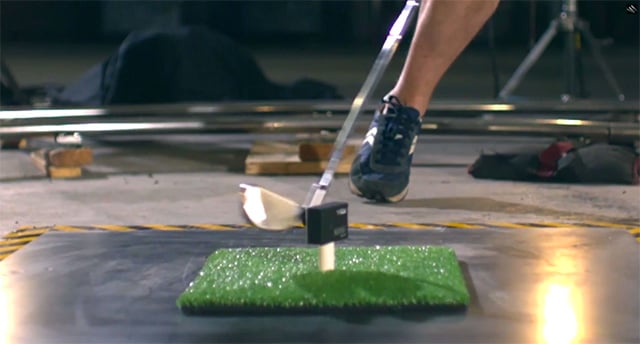 Keep in mind, all these tests happen with the GoPro outside of its case, so we’re talking about a naked GoPro. Given that info, you might be surprised to find out how much the camera can take.

Check out the video up top to see the results for yourself, but only if you’re not squeamish about watching camera equipment being put through… um… rigorous testing.