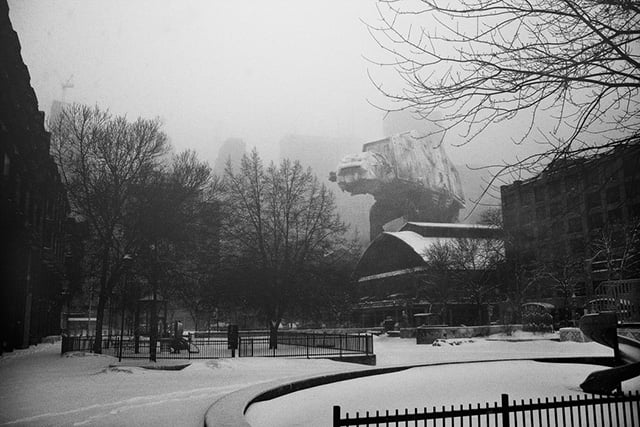 If you were like many kids, you probably spent much of your childhood in a hybrid world where reality and imagination fused into an indistinguishable whole. Magical creatures walked the streets, everyday-objects transformed into priceless relics and your favorite movie characters walked down the street opposite you.

For photographer Thomas Dagg, this meant one thing and one thing only: Star Wars. And so for his recent series by the same name, he recreated this imaginary world by creatively inserting Star Wars characters and objects into the real world around him.

For Dagg, this is first and foremost a homage to childhood and imagination, and not simply an exercise in adding Star Wars stuff into his photos. Knowing this helps you understand why the photos are what they are.

Each could be a scene witnessed by an 8-year-old Dagg, made-magical or mysterious or scary by an active imagination that transformed a cloudy sky into the realm of the Empire’s Destroyers, or a baseball bat into a glowing light saber ready to chop the ball into two clean-cut halves. 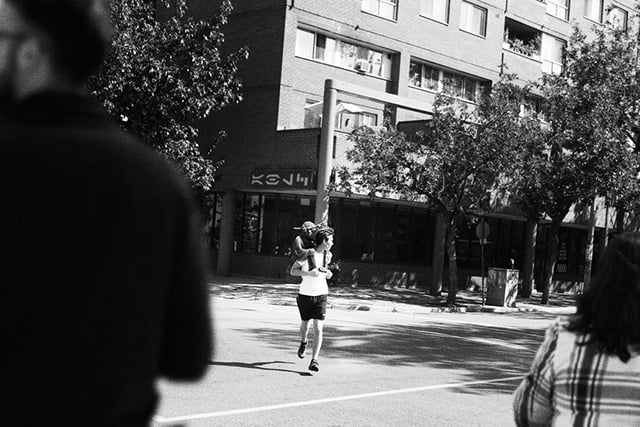 To achieve this feel, he used his photography skill to try and recreate scenes he remembers imagining vividly as a child.

“I used to sketch these sorts of things often. I really wanted to share with people what my mind was at 8 years old; an incredibly obsessed boy,” he told us over email. “It was actually a really fun exercise to go back inside my head back then; such a simple time. I actually used the figures that I played with every day for a lot of the composites too.”

“In the end, it took over two years to get all of the childhood ideas out of my head,” he adds, giving us an idea of just how much time and effort this seemingly simple series took. 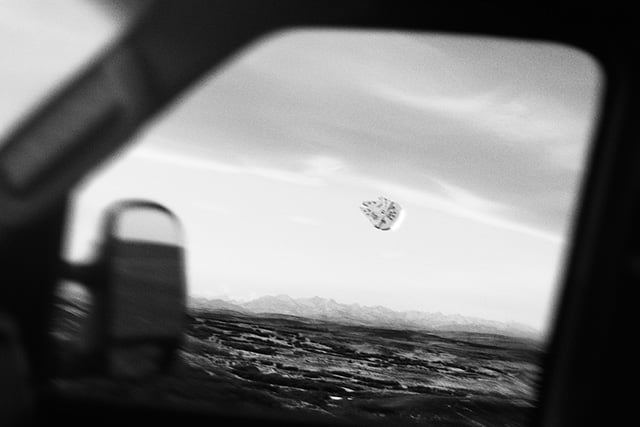 On the technical side of things, Dagg made heavy use of forced perspective to turn his childhood toys into realistic looking additions to his black-and-white photos.

“I used different focal lengths to shoot the real life shots and the 5” toys so that they matched perspectives and angles,” he tells us. “I had to really think of how lenses render to match the falloff and distortion, but once I had my system figured out, it was a relatively quick thing to do.”

The lighting, in the end, was both the trickiest and most fun part of it all:

I always like matching light and studying how it moves around the scene and frame. I ended up shooting all the toys etc on neutral grey so I could take the shadows and blend it in using soft light or overlay modes. It would only really work if the seamless ended up being the perfect density, but it saved me so much time painting in shadows etc.

Here are the results, straight out of Dagg’s 8-year-old imagination and onto your computer screen: 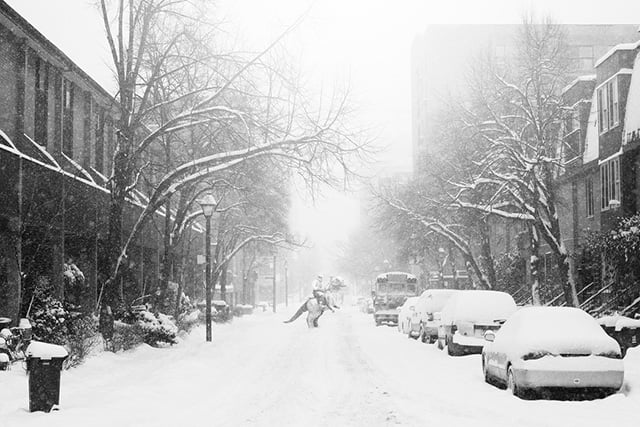 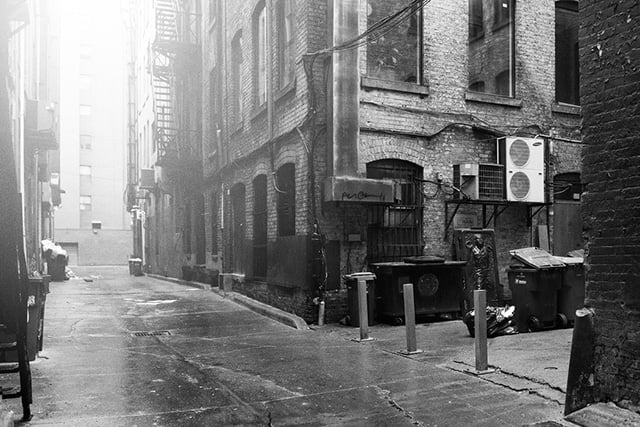 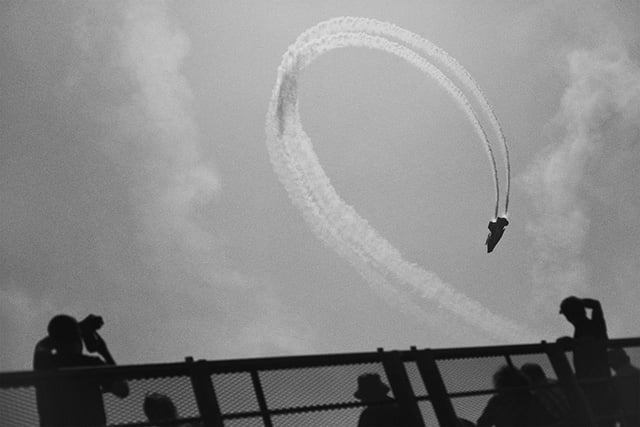 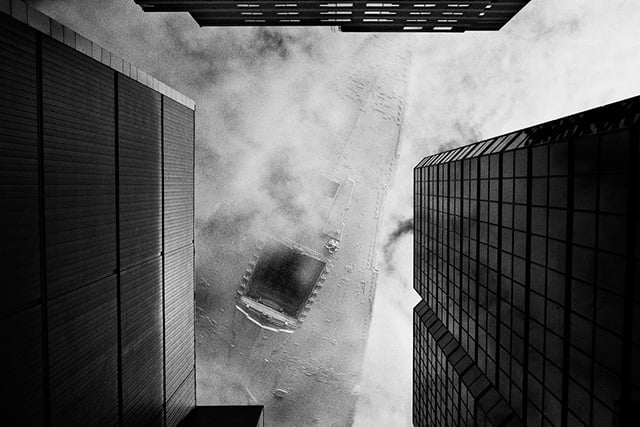 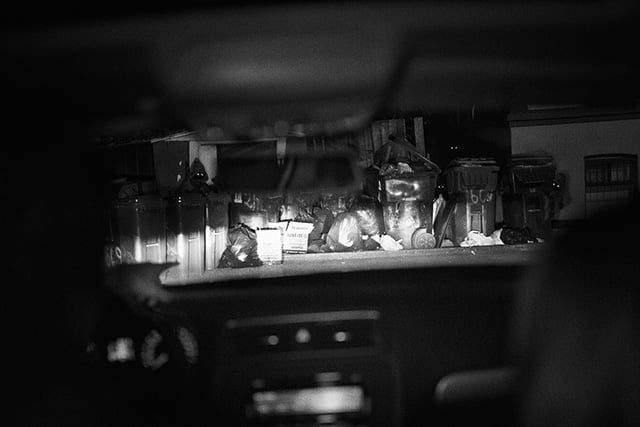 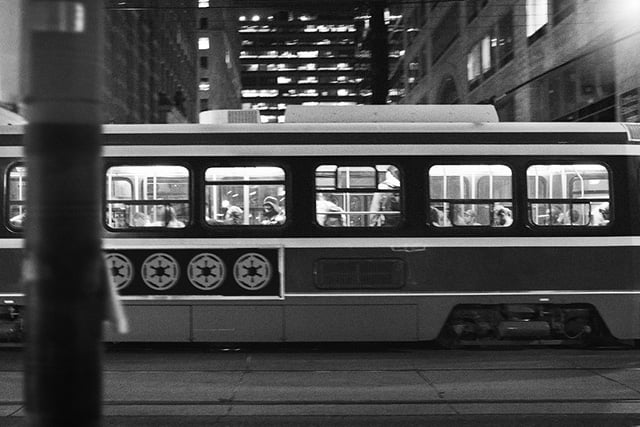 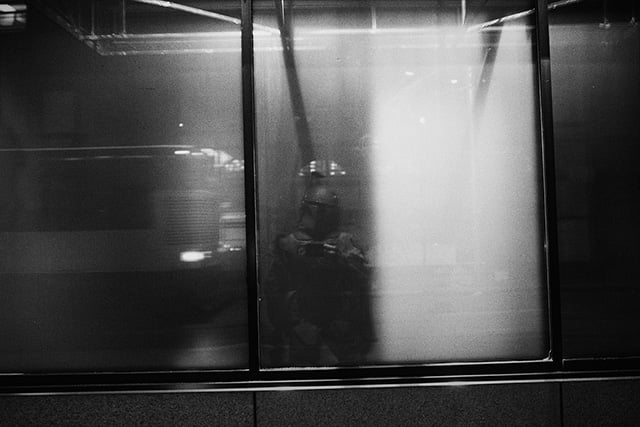 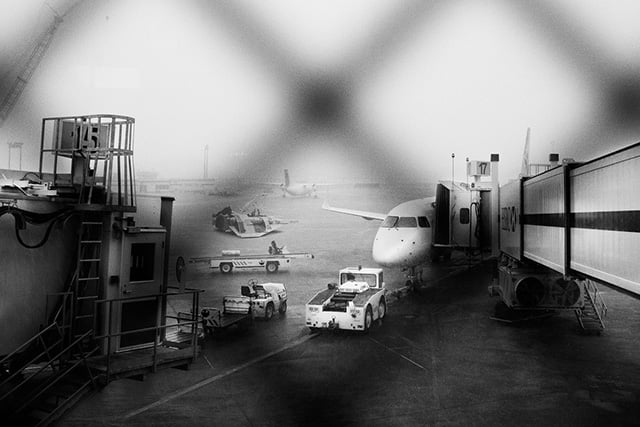 If the photos look ‘imperfect,’ that’s because they were meant to. It was yet another way that Dagg sought to make them more authentic to the way he would have seen them as a child.

“Shooting them imperfectly was actually rather freeing,” he explains. “I’d pull my phone out of my pocket and shoot the scene super quickly a few times in order to get what my natural ‘snapshot’ imperfect framing that I’d then match with my camera.”

“I wanted to feel like these could actually happen,” he adds. “Since in my head at 8 they definitely did.”

You can see our favorite shots above, but if you’d like to see the full series or check out all the shots in higher res, be sure to head over to Dagg’s website.

Image credits: Photographs by Thomas Dagg and used with permission

PhotographyBB Magazine Reopens Its Archives, Lets You Download All 54 Editions for Free