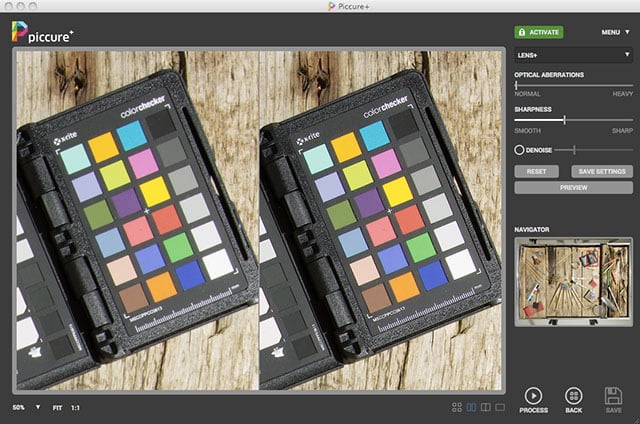 What’s the difference between the results of a $300 consumer lens and a $3,000 top-of-the-line lens? If piccure is to be believed, one answer is “post-processing.”

Today, the German computational photography company is releasing a new version of its software called piccure+ that can effortlessly correct the flaws of cheap glass, allowing photographers to obtain high image quality without having to spend a fortune on gear.

We first reported on piccure in May 2013 after the company beat Adobe to the market with software that can magically deblur your photos. For the 18 months that have passed since then, the company has employed some of the smartest people in the industry to tackle one of computational photography’s great challenges: correcting optical aberrations automatically when given a single photograph and nothing more.

While there are plenty of software programs out there that can correct the optical flaws found in each lens, they always require additional information — usually in the form of “lens profiles.” piccure claims to be the world’s first software that can calculate these flaws from the photo itself.

How well does it work? The company makes some bold claims: they say they are able to obtain photos comparable in quality to the $4,000 Zeiss Otus using a simple $150 lens — all without the over-sharpening found in existing sharpening software. 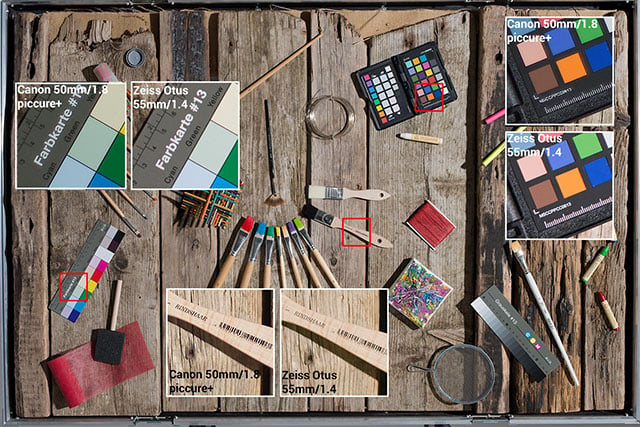 A couple more comparisons (left is Zeiss and right is Canon plus piccure+): 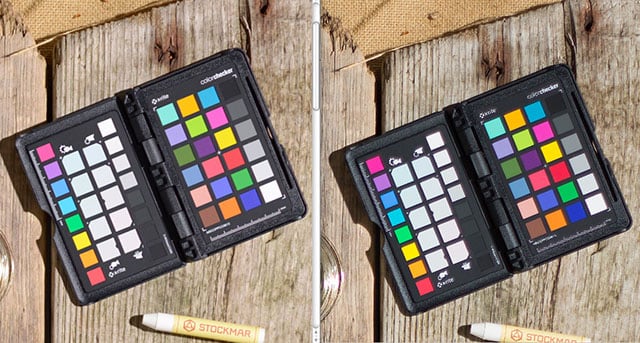 piccure says that even though the software can do wonders with cheap glass, it is by no means limited to it. Even photos captured with high-end gear can be improved using the software. Here’s a before-and-after of a photo shot using a $30,000+ camera kit (Mamiya 645DF+ with a 60MP Leaf Credo back and a Schneider Kreuznach 28mm f/4.5 lens): 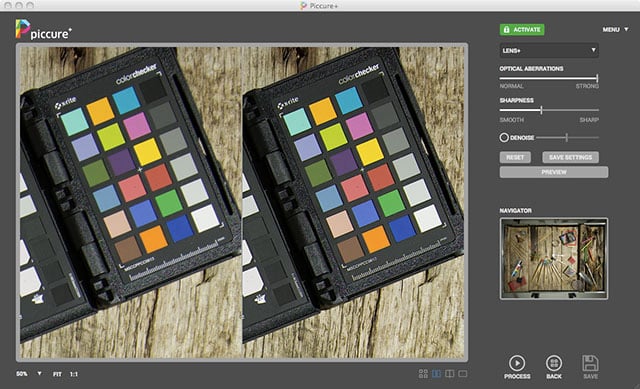 Company CEO Dr. Hanns Ruder says that in the future, the creation photography will increasingly be a combination of optics and computation, and that “the boundaries between software and hardware will become blurred.”

piccure+ will be available starting today as a standalone program and as a plugin for Photoshop, Lightroom, and Photoshop Elements. The price is $109 after a 14-day free trial period.

Update: Here are some additional images provided by piccure. First, a before-and-after MFT chart for a Canon 85mm lens (the software corrects a quality fallout toward the edges of the frame): Beta tester Hal Harrison of Rose City Photography also made this comparison image with his Nikon D800 and a 24mm wide angle lens: 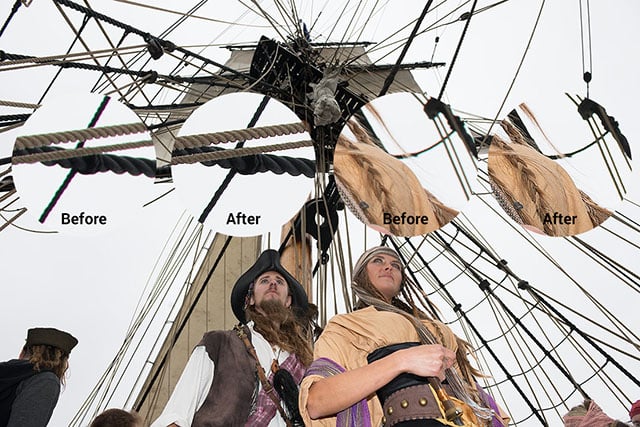 Piccure says its bottom line is:

We model optical aberrations better and more accurate than anybody else. We can correct images even if the lens has never been measured in a lab.

Photographer Uses Photoshop and Neuroscience to Find Your ‘Ideal’ Self-Image