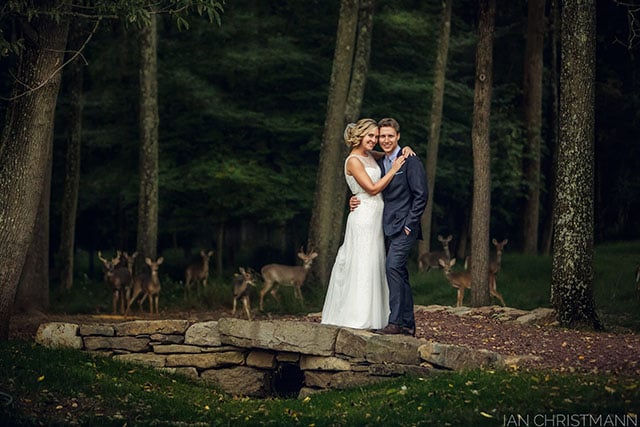 Photographer Ian Christmann was shooting a wedding this past weekend when an unusual photo opportunity arose. He managed to capture a magical portrait of the newlyweds standing in front of a herd of deer.

Christmann tells us that he was photographing the wedding of Lauren and Erick this past Saturday. It was a backyard wedding held in Stockton, New Jersey.

Throughout the day, Christmann noticed some deer lingering around the perimeter of the property. As the sun was setting around dinnertime, however, Christmann saw a larger herd of deer appear at the edge of the woods.

The idea for a unique photo popped into the photographer’s head, and he asked the bride and groom to creep over to the deer as they were grazing. 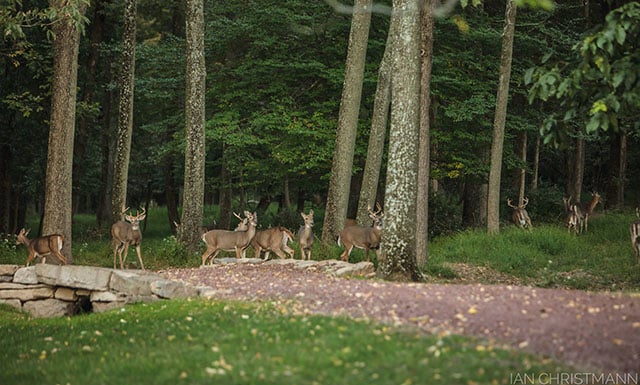 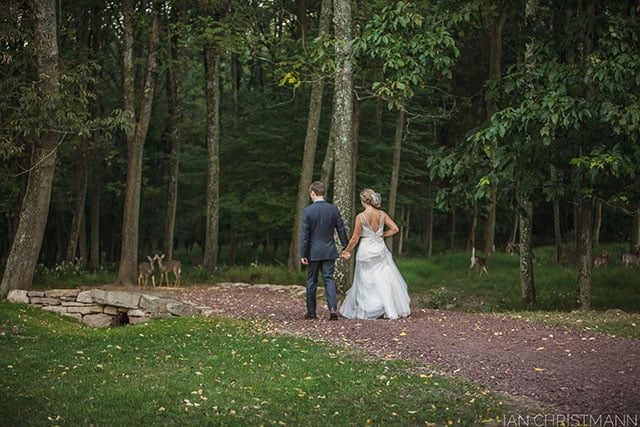 Some of the deer were jittery, but to Christmann’s surprise, most of them hung around long enough for him to capture a few photographs.

After the wedding, Christmann’s brother shared the photograph on Reddit, where it quickly went viral. It has since been viewed millions of times by people around the world in the span of a few days.

He has since titled the photograph, “Deerly Beloved.”

You can find more of the photographer’s work over on his wedding photography site and his Facebook page.

Image credits: Photographs by Ian Christmann and used with permission

This is What Yesterday’s Equinox Looked Like from Space

How to Photograph People When You Travel