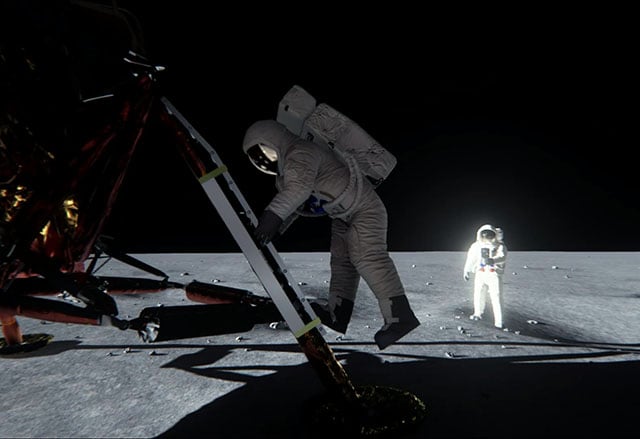 Conspiracy theorists often point to moon landing photos as evidence that the whole thing was faked by the US government. One of the arguments is that since there’s only one main light source in the photos — the sun — the shadows should have been much darker and less detailed.

That argument has now been debunked thanks to one newly uncovered fact: Neil Armstrong’s spacesuit actually served as a great reflector, bouncing light into the shadows and illuminating many scenes.

Here’s one of the photographs conspiracy theories point to. It shows Buzz Aldrin descending a ladder and becoming the second person on the moon. Some people argue that he shouldn’t be as illuminated as he is in the photo since he’s completely in the shadows: 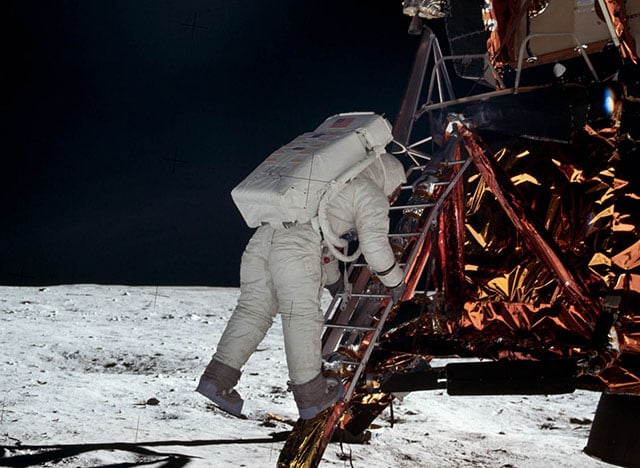 NVIDIA recently decided to debunk this particular argument in order to show off the power of its latest graphics technologies. With a great deal of effort, they completely recreated every element of the moon landing scene as a 3D model, and then added the Sun as the sole light source. This is what they got: 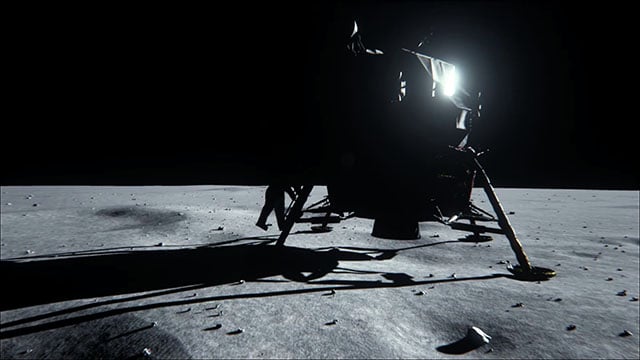 They then accounted for all the reflected light from the various objects in the scene and from the lunar surface. This new image resulted: 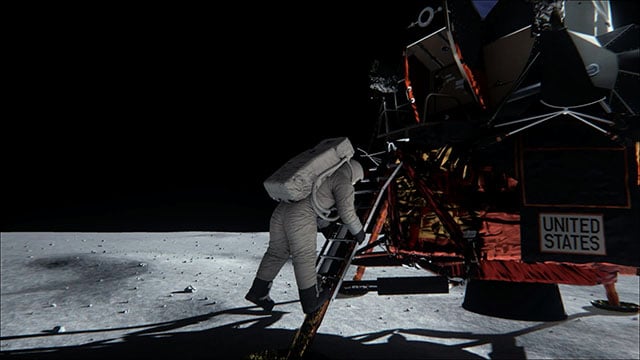 The image is a lot closer to what the original photo shows, but it still wasn’t right — there was still some light source that hadn’t been accounted for.

After some further investigation, they came across this video of the descent captured from the other side of the lander by a television camera:

In the background of the shot is an mysterious (and intense) light source that’s clearly illuminating the scene in the foreground. 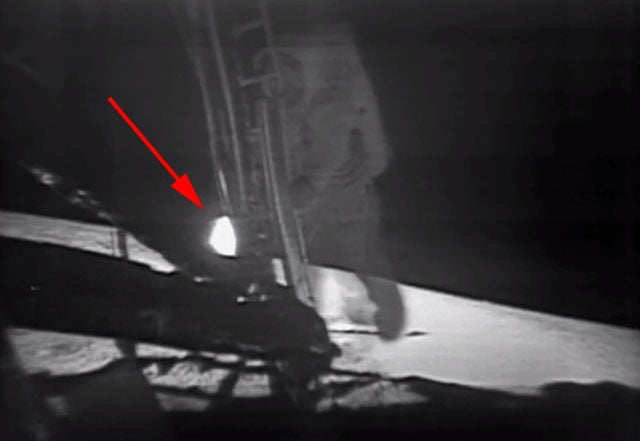 Turns out that’s Neil Armstrong standing there taking pictures with one of the Hasselblad camera still on the moon.

The spacesuit that Armstrong was wearing actually served as a light source. The white, teflon-coated suits were almost mirror-like in their reflectiveness, causing them to act as light sources in the scene.

Once the spacesuit light source was accounted for, the computer light rendering became virtually identical to the original photograph of Aldrin: 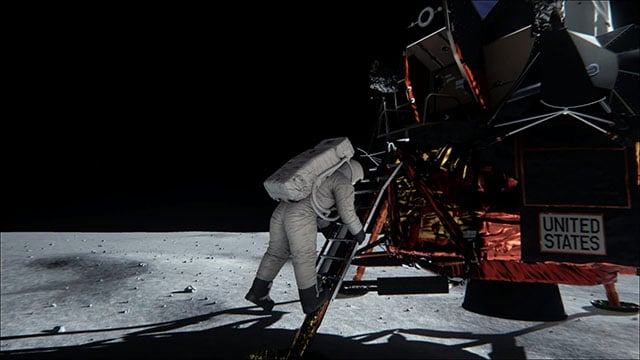 Here’s a 10-minute video that shows how this whole investigation happened:

P.S. Another popular argument is that since the moon photos don’t show any stars, they must have been faked. This is simply a lack of understand of how exposures work. NVIDIA also did simulations showing what the scene would have to look like for stars to be seen:

Zone Focusing: How to Use Those Markings On Your Lens You Might Have Never Used Before