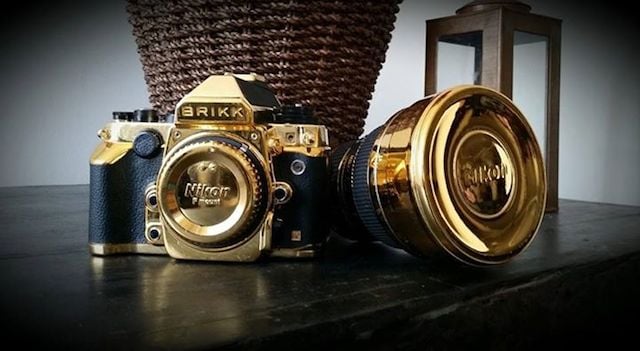 If you thought the $2,750 Nikon Df was too expensive as is, you might want to skip this one. Announced a few hours ago via Facebook, it seems the company Brikk is planning to release the 24K gold version you see above.

No further details have been released, but the camera and accompanying Nikkor 14-24mm f/2.8 lens will be part of Brikk’s ‘Lux’ line, which up until now was limited to phones and tablets.

The camera is set to go on sale in November of 2014 with a price of “available upon request.” And while they wouldn’t tell us the price of this specific kit when we got in touch (it’s not official yet) Brikk’s Bill Kennedy did say that, “we are working on putting out camera+lens kits starting at 30k.”