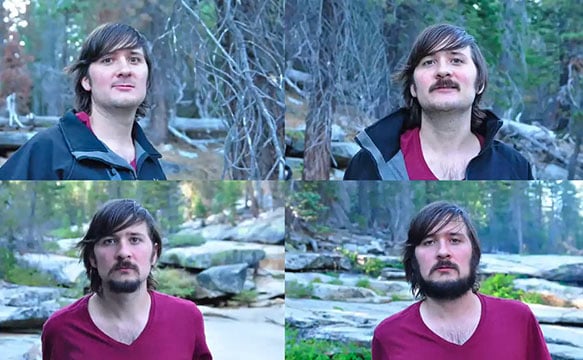 I recently made a timelapse of my friend shaving off his beard and walking backwards through a beautiful riverbed in Yosemite. When I flipped it around, he’s walking forwards through Yosemite and growing a beard. Here’s how I made it.

First, here’s the finished product (you can find the same video on YouTube):

How It Was Made

This is the story of Dave, JP, Victoria and Patrick going on a hike in Yosemite and making a timelapse. Dave started with the beard you see at the end of the video. He took one step backwards for every photo that we shot and trimmed his beard ever so slightly every three steps. Victoria provided assistance with the mirror and JP was our background actor.

I took 240 photos with the plan of making a 10 second video at 24 frames per second, but there were a few throwaways and 10 seconds was too long, so we finished with 185 pictures and a slightly shorter video.

The post-processing involved lining up Dave’s face frame-by-frame in Adobe Lightroom. The only way I could figure out how to do this was by literally putting tape on my computer screen where Dave’s eyes, chin, and the top of his head needed to be. 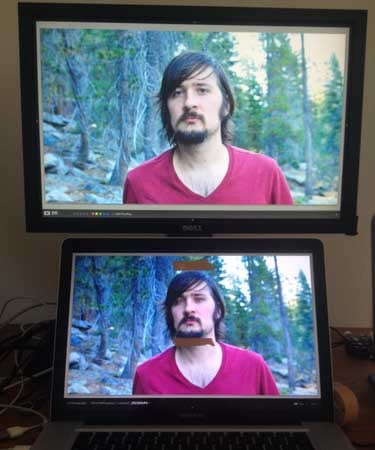 Then I cropped the images at a 16 x 9 aspect ratio and moved them around until his head was in pretty much the same spot in every one of them. Exported them all as 1920 x 1080 JPGs, pulled them into Final Cut Pro (making sure to load them backwards, of course) and BAM, that’s a wrap, folks.

About the author: Patrick Niddrie is a commercial portrait and travel photographer based out of New Orleans, Louisiana. You can find his work over on his website. This article originally appeared here.