An interesting new app called Looksee is adding a Tinder-like element to the world of mobile photography. Basically, when two users ‘like’ one another’s photos, their profiles become visible to each other, giving them the option to add the other as a personal connection and get more insight into their work or chat back-and-forth within the app.

The app was created by Quebec Drive, a company known for its archive of photo-related applications and games. Launched somewhat quietly a number of weeks ago, the company initially reached out to a handful of photographers to get the ball rolling.

The downside of this approach is that the community is still rather small; on the other hand, because of the selective invitation approach, the app has a more professional-type feel. The basic premise of the app is that anonymity doesn’t always need to imply that something seedy is going on. That is: you don’t always need NSFW images to justify an element of anonymity.

Looksee instead uses anonymity to drive a more authentic connection since the desire to find out more about the person on the other end is driven entirely by an appreciation of their work. As Quebec Drive Founder Justin Spraggins explains:

When you see something you like, you want to know who’s behind it. And it drives you to share, too, because if you don’t share… you’re never going to reveal anybody. It’s like you’re unmasking people. It’s cool and you get addicted to it. 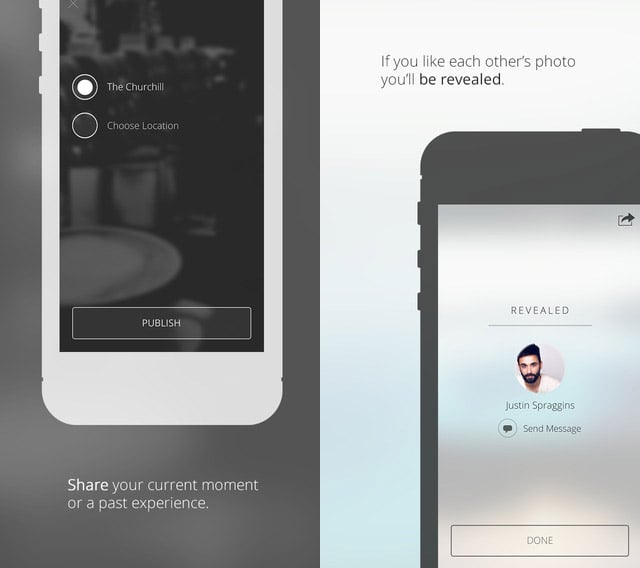 The app connects to either your Facebook or Instagram account, which is later revealed to those you connect with. This pseudo-anonymity, in turn, keeps a great deal of the less pleasing content away since there’s still the connection to your real identity when you approve of it.

New ‘talent’ is discovered through the app’s Explore feature, and once you’ve liked someone’s photography who likes yours back, you can connect to whatever extent you’d like. Here’s a quick video intro to the app:

It’s an interesting concept. One that could potentially make a name for itself if it gains the attention of the masses. To that end, if you’d like to find out more or give the app a whirl for yourself, head on over to the iOS App Store and give it a free download.