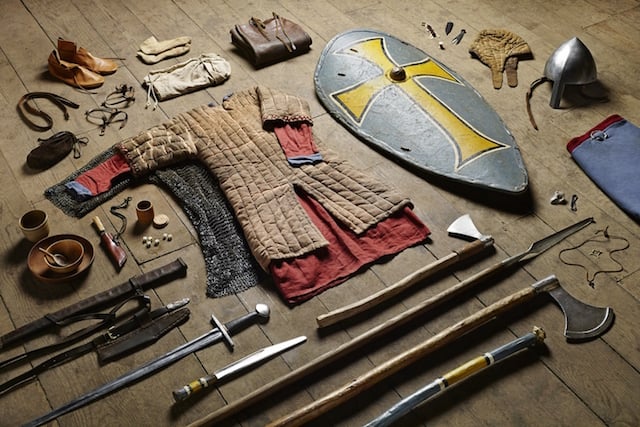 Thom Atkinson, a U.K. photographer, spent nine months working on an incredibly detailed and interesting project, titled Soldiers’ Inventories. It consists of 13 photographs, each depicting the weapons, clothing, armor, and personal items that British soldiers have worn in battle over time.

The series starts with the Battle of Hastings, which took place in 1066, and ends in 2014, with the gear of the Royal Engineers, based in the Helmand Providence. Shields, chainmail, yo-yos, checkers, gas masks, guns and more make an appearance over the incredibly thorough collection of battle gear used over the course of the past millennium.

Take a look below to view the remainder of the collection that Atkinson was kind enough to share with us.

To take a look at the full inventory of each image, you can head on over to The Telegraph’s coverage of the series. If you’d like to check out more of his work, you can keep up with Atkinson over on his website.

Sony Officially Debuts the a5100, Packs the a6000’s Powerful Guts Inside a Cheaper Body