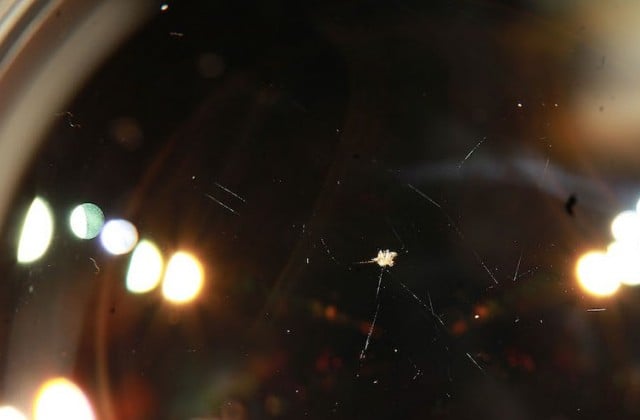 We spend a lot of time over at Lensrentals getting dust out of lenses. Dust doesn’t affect an image, except in very rare circumstances, but people want their rental lenses to look nice and clean inside and out, and our inspectors check the inside of every lens with spotlights and send any dusty ones over to the repair department.

Yesterday one of the inspectors sent over a Canon 135mm f/2 L lens with a fairly unique note: “Contains a large dust chunk and the internal elements are scratched.” Now, we see a lot of scratched elements, but that really is pretty limited to the front and rear ones. Scratching internal elements is, well, unusual. When we took a look inside the lens, though, we were pretty impressed. There was indeed a big chunk deep in the center of the lens, and what at first glance appeared to be multiple scratches on the internal elements. 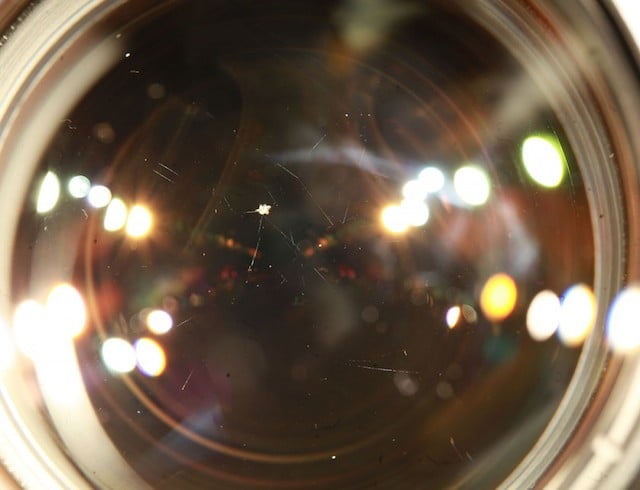 A closer look, though, showed that the “chunk” was actually a small spider. What the inspectors thought were scratches was actually a fairly complete web he’d spun inside the lens. The spider gave every appearance of being deceased – we assume because even a very nice spider web probably can’t catch much dinner when it’s inside a camera lens. We did, of course, take some pictures with the lens, including some f/22 sky shots just to see if there was any way we could see it in an image, but of course we couldn’t. The pictures were perfectly normal.

We suggested that we leave the spider in place, call this the Peter Parker Special 135mm f/2, and charge extra for it. Management replied, “With great repair power comes great responsibility. Take the spider out.” So we did. Even though he wasn’t bothering anybody. 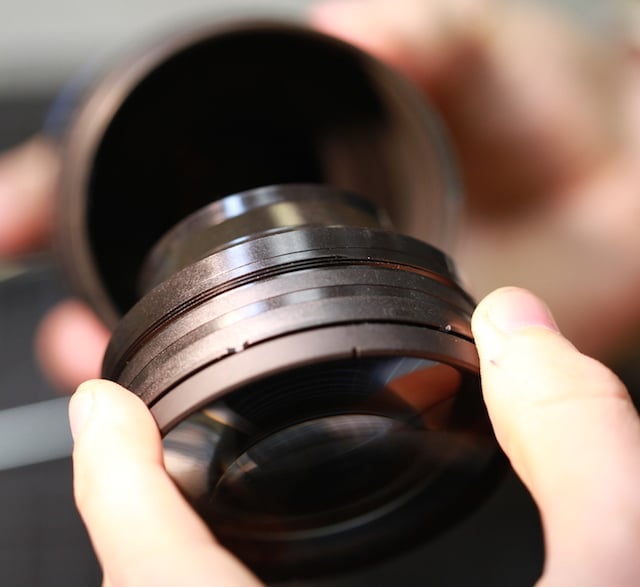 As you can see above, the front group of the 135 f/2 is pretty thick, which provides a lot of magnification. Seen from underneath the front group, our spider is actually quite small and not nearly as impressive as he appeared from outside the lens. 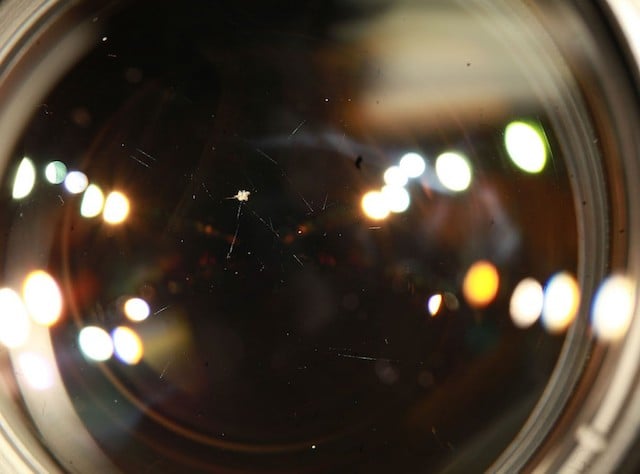 We had to break out a macro lens to make him look even halfway impressive. (Even then, he’s not as impressive as the dirt on our sensor at f/16, is he? I’d like to take a moment to point out that Darryl is in charge of keeping the test camera sensors clean.) 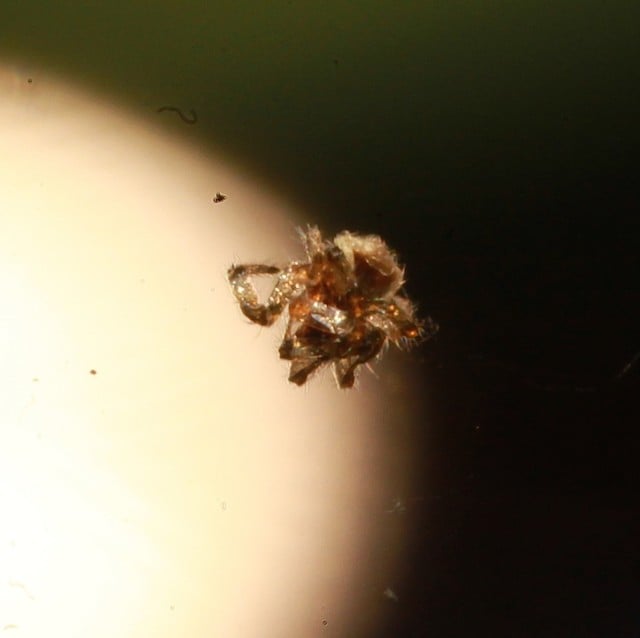 With a little side lighting, though, I was impressed how he’d spun a web across the entire rear surface of the front group. There’s a large air gap between the front element and the aperture, and he’d made a nice trapeze complex across that too. We check around 500 lenses a day, 5 days a week, so we tend to see almost everything that you can imagine inside lenses. We’ve seen more than a few fruit flies, but this is our first spider and our first web, so we thought we’d share.