A New Jersey police officer is making headlines for how he responded Monday to a resident taking pictures in a public building. When the resident, one Steve Wronko, explained that it was his constitutional right, the officer told Wronko that “Obama has decimated the friggin’ constitution, so … if he doesn’t follow the constitution, we don’t have to.”

According to USA Today, the officer in question is Special Police Officer Richard Recine of the Borough of Helmetta Police Department, and he is now under an internal affairs investigation after the video was posted online and was seen by Police Director Robert Manney. 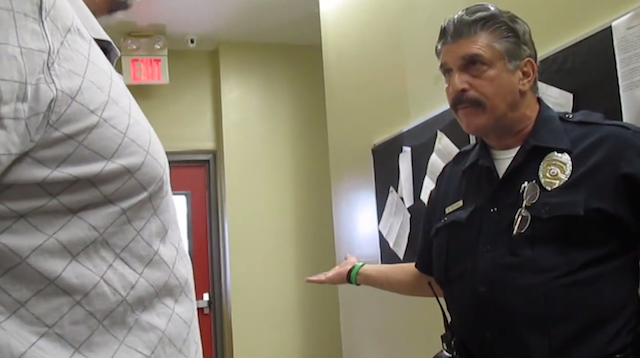 Director Manney, who actually appears in the video after Recine made his statements, says Wronko was “looking for an issue” but still called Officer Recine’s comments an “embarrassment.” He assures USA Today that the investigation will be “completed swiftly” due to the overwhelming evidence.

Update: According to NJ.com, Officer Recine has officially resigned following the incident.

NASA Working On 3D-Printed Optics Technology, Could Eventually Make Its Way to Consumers