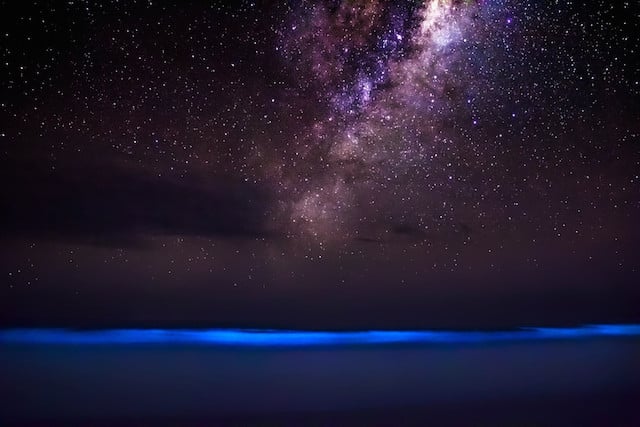 Some photographs are so good it’s hard to believe they’re real, and that is definitely the case with Fefo Bouvier‘s photograph of the Milky Way hovering above a glowing strip of Noctiluca bioluminescence in the Atlantic Ocean.

According to the description on EPOD, bioluminescence like this is not uncommon along the Uruguayan coast, but it’s rarely quite so brilliant. Add in the incredible positioning of the Milky Way and the fact that someone skilled enough to capture it all in one frame was there with a camera, and you have a truly rare spectacle of a photograph.

Image credits: Photograph by Fefo Bouvier and used with permission