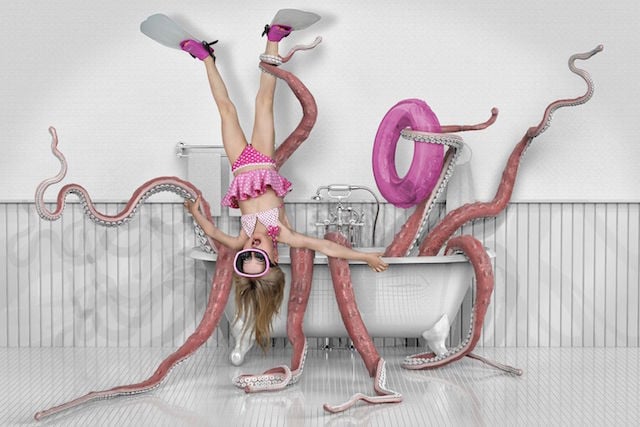 John Wilhelm, a 44-year-old IT director and father of three girls has used his passion for photography and digital photo manipulation to create a strange, eclectic and downright adorable series of photographs. While there is no singular theme to this collection, the series depicts his growing family getting themselves into some crazy, albeit fictional situations. 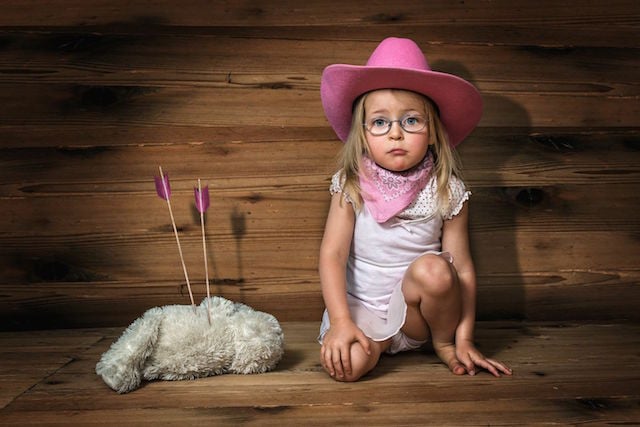 The stars of the series are his three daughters – Lou (5.5 years), Mila (2.8 years) and Yuna (6 months). From Little Red Riding Hood howling with a wolf to Lou getting herself into trouble with some alligators, the photographs take a humorous and lighthearted approach to depicting the strange scenes Wilhelm thinks up.

As to what it is that inspires the ideas behind the images, Wilhelm said, “I guess I watched just a little too much TV and played too many videogames when I was a kid. But honestly: I had the luck to grow up in a creative family,” adding “I think one key to creativity and the ability to work eclectic can be found in childhood and another one of course also in the genes.” 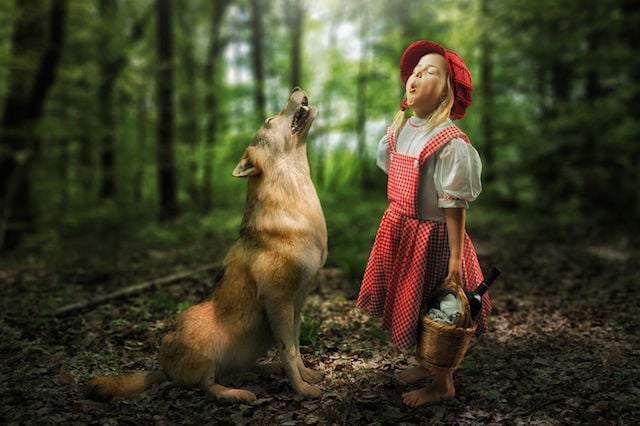 As most of us know, it’s no easy task to get children to pose for anything. So, how does he manage to do it with three young daughters? “I guess if you have a healthy emotional connection to your kids they can feel if something is really important for you and then they cooperate,” Wilhelm said in an email to us, adding “and if they don’t there are still sweets and candies.“ 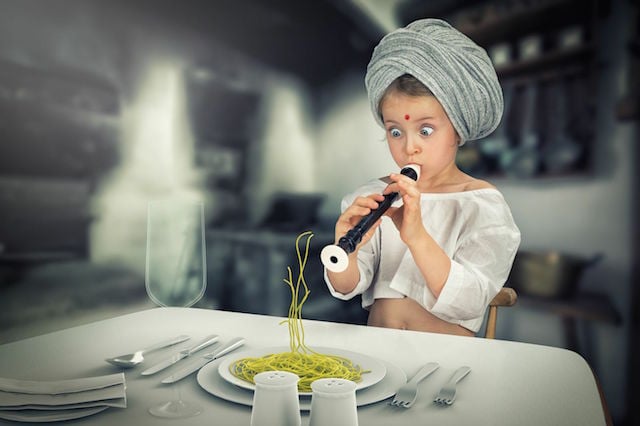 The styles within the individual images vary greatly, some coming off as more ‘natural’ while others look far more manipulated. In speaking to the stylization of his images he said,

Most of my images are heavily manipulated but not all images are composited. If an image is working straight out of cam I just improve ( cleanup, level corrections, sharpening, colors and tones, dodge and burn, etc.) but what I really love is to bring different images together to create something completely new. 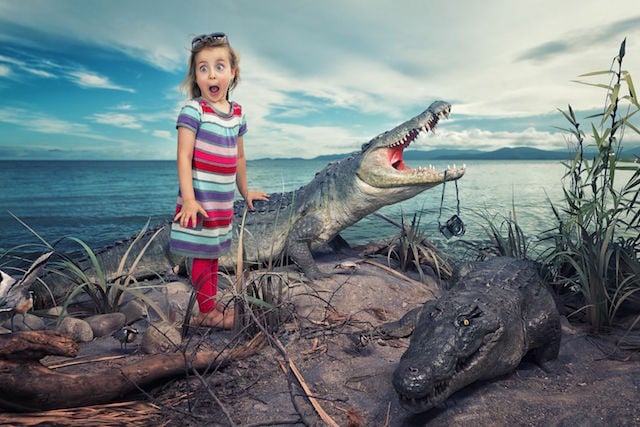 As far as the programs he uses to create these images, he said his go-to is Adobe Photoshop CC in collaboration with the now-Google-owned Nik Filters. 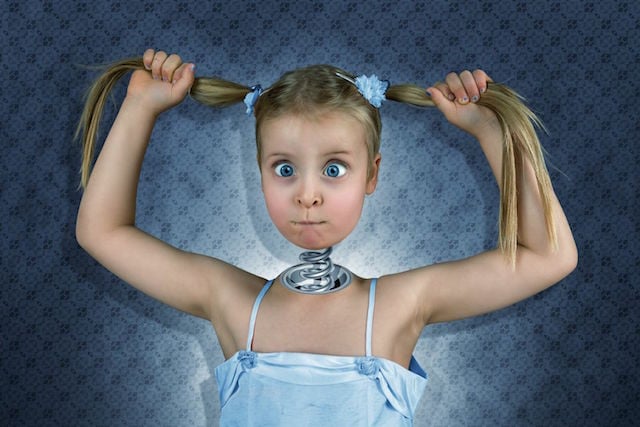 More than happy with his “regular” job as an IT guy, Wilhelm gladly accepts photography as nothing more than a hobby. It gives him an escape from everyday life and allows him to better connect with his family, making and creating memories and images that will be treasures to look at in the future.

Below are a few more images from his ongoing collection. 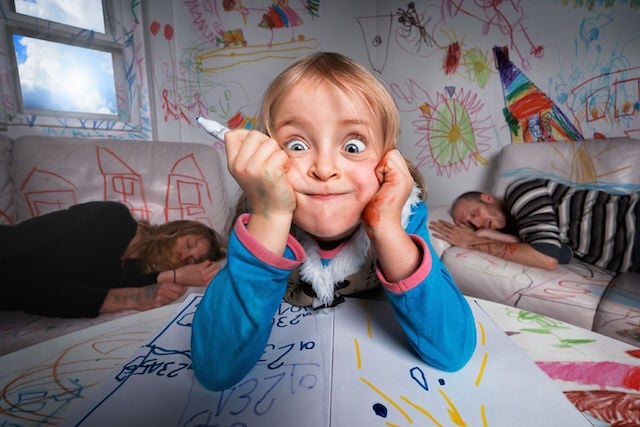 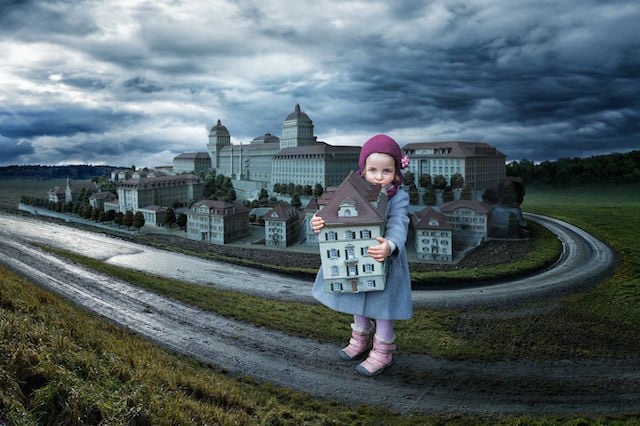 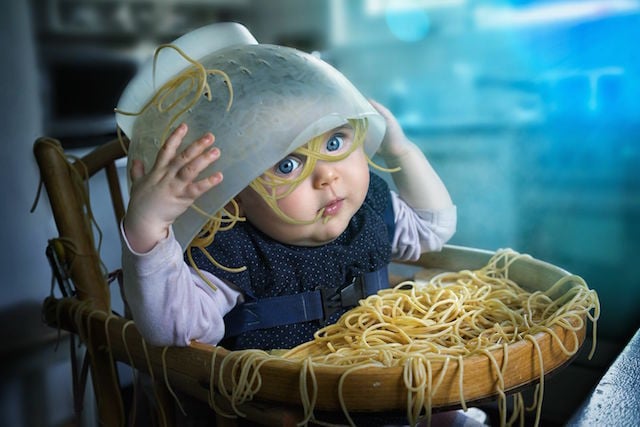 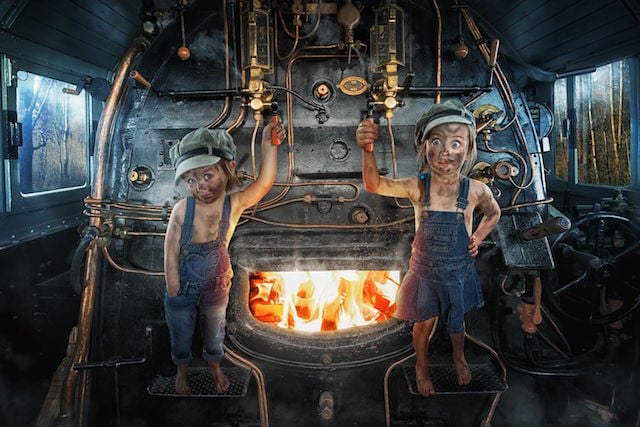 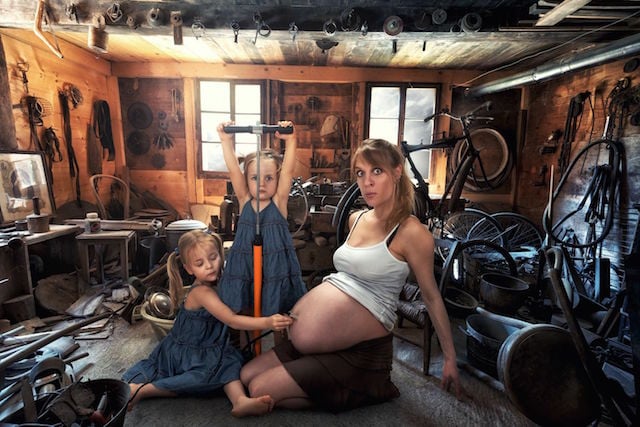 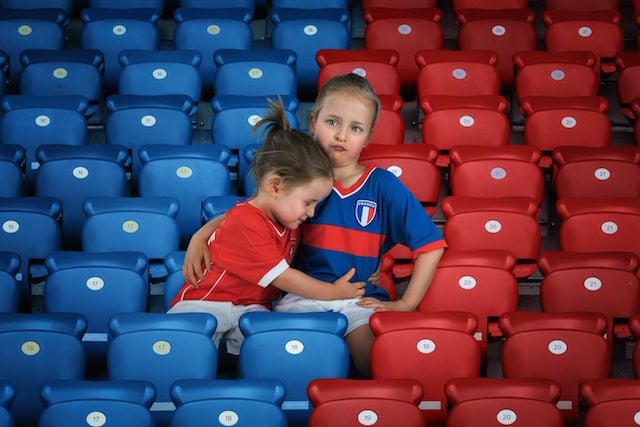 If you’d like to keep up with Wilhelm and his work, you can do so over on his 500px profile.

Image credits: Photographs by John Wilhelm and used with permission