Oftentimes looking like something straight out of a sci-fi film, these caves-turned transportation hubs create mind-bending compositions when lack of commuters and symmetry gets involved.

In the above video, Dragunov walks BBC News throughout his journeys, explaining why he photographs the scenes he does and the various methods he uses to plan out where he’ll shoot next.

It’s a neat little behind-the-scenes into Dragunov’s city and architecture photography, for which he combines sharp contrasts and leading lines of all kinds to show off what he deems ‘the most beautiful subway system in the world.’ 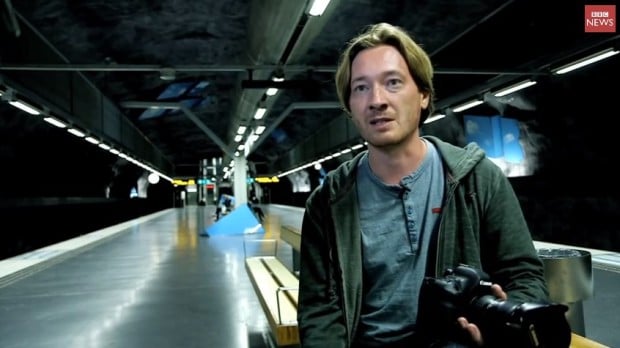 The full video is just shy of four minutes. If you’d like to see more of Dragunov’s work, you can do so by following him on 500px, Facebook and over on his website

I Died Today, by Duke Roberts

Making Up for Having a Small Sensor