It helps to have experience with first aid when you’re working as a photojournalists in conflict areas, and the intense video above is one example showing why. [warning: there’s some blood]

On July 16th, Norwegian photojournalist Harald Henden was filming a report outside his hotel in Gaza City when there was an explosion at a beach just a few hundred yards from where he was standing. 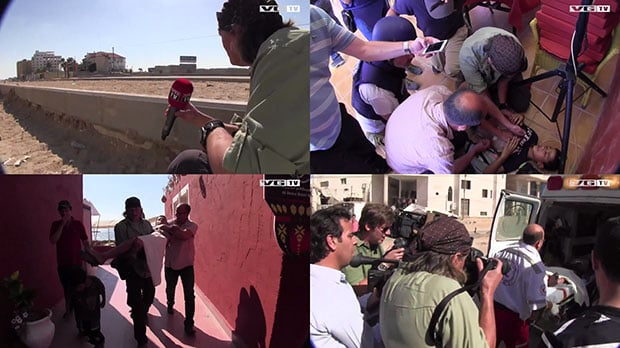 The incident can be seen 1m53s into the video above. After going to the scene to capture photographs, Henden noticed a wounded Palestinian child in the area, so he put his camera aside to dress the child’s wounds, and carried the boy to paramedics waiting by an ambulance.

Your Kit Lens is An Excellent Lens