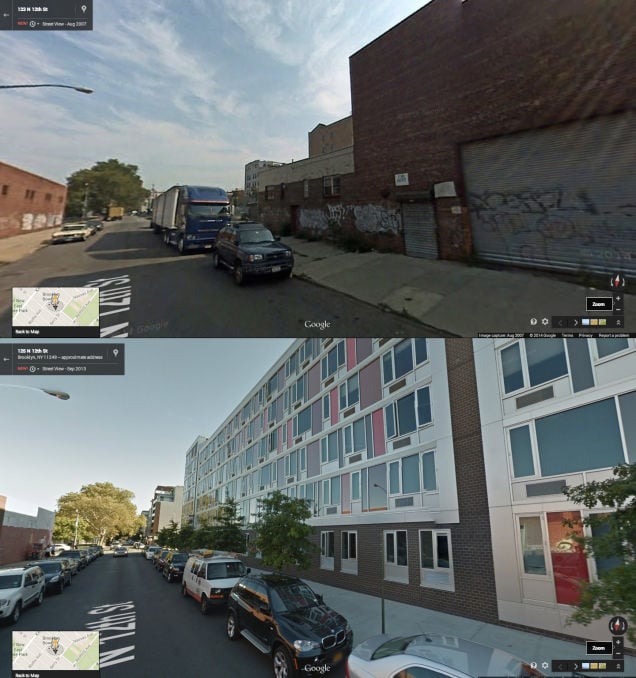 We told you to expect a wave of interesting “then and now” series when Google first integrated the ‘time-machine’ feature into Street View, and that prophesy is starting to come true.

A couple of weeks ago we showed you GooBing Detroit, a Tumblog that tracked the demise of Detroit in Street View images. And today, Gizmodo published a fascinating look at the rapid pace of gentrification that has transformed several areas of Brooklyn.

All of the before-and-afters put a Street View image from 2007 above one taken just last year. In some cases, the same buildings have been renovated, but for the most part dilapidated structures and graffiti-coated warehouses have been replaced by modern looking apartment buildings where the rent will make your head spin.

Check out the rest of the images by following the link below, and if you like this sort of thing, be sure to check out James and Karla Murray’s series of NY Storefront before-and-afters as well.