Photography and sports are easy bedfellows. As wonderful as it is to watch a goal unfold before your eyes on television, it’s just as powerful to see a tack-sharp photograph of the look of dismay on the goalie’s face as the ball soars past his or her outstretched arm.

But sports photography isn’t just for capturing dramatic moments; sometimes it can affect the course of sports history, as was the case in 1989, after one of the most controversial games in the history of football.

Brazil was facing off against Chile in the final qualifying match that would decide which team would go to the 1990 World Cup. Up 1 to 0 with 20 minutes left, the Brazilian team were coasting, knowing that even a draw would take them through and maintain their sparkling record as the only team to have played in every tournament.

But then disaster struck. Cameras pointed at the other end of the pitch, a flare is suddenly fired from the Brazilian stands towards the Chilean goal, and by the time the cameras catch up, all they see is Chile goalkeeper Roberto Rojas on the ground, bleeding profusely from his head with a flare smoking a few feet from his prostrate body.

The entire game devolved into chaos. Medical staff was rushed onto the field, the Chilean team was indignant and soon it became clear that Brazil was facing an unthinkable elimination — the flare had come from their fan section.

There was just one problem: the flare had never hit Rojas at all. It had landed several feet from him.

It was revealed later that Rojas had cut himself with a razor blade hidden in his gloves as part of a plot to get Brazil eliminated, but nobody would have known this if it wasn’t for one photographer who had his camera trained on Rojas when the fateful flare landed.

Photographer Paulo Teixeira was pitch-side that day and saw the flare land about a meter away from Rojas before he took the dive and started bleeding, but as he tells CNN, it wasn’t him that captured the shot:

I missed the shot and so did most of the photographers, but there was one guy by me — Ricardo Alfieri, a good friend — and I asked him: ‘Ricardo, did you capture the flare?’ He said: ‘Of course, about 4-5 shots. 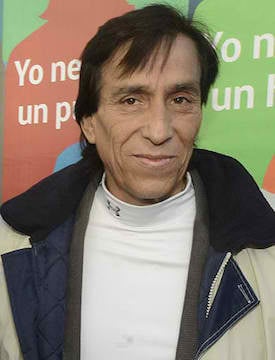 What followed was a lot of anxious waiting around — it took 4 hours to warm up the lab and placate the angry lab lady who had been pulled in to work on a Sunday night to develop the slides — but in the end the photos, as Teixeira predicted, revealed what they needed to know: Rojas had cheated.

The incident is now one of the most infamous sports cheats of all time, and if it wasn’t for one photographer who happened to be pointing his camera in the other direction, we would never have known the truth.

Inspiration: Take a Stunning 4K Time-Lapse Trip Across the US in Five Minutes