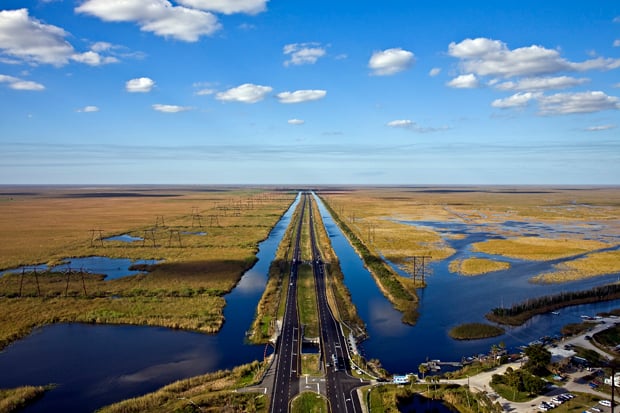 Bill Yates is based in North Florida and travels extensively shooting personal projects. Primarily known for his stunning aerial photography, Bill recently discovered nearly 400 rolls of old film he shot in the 70’s & 80’s squirreled away in an old storage locker, which has led to his newest project called “Found Film Recently Developed.”

We sat down with Bill to talk about his history in this industry, how he got into aerial photography, and see if he had any advice for the up-and-comers. 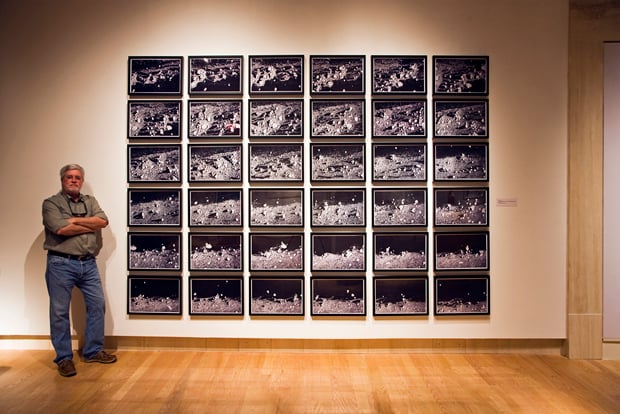 PetaPixel: First Bill, how did you get your start in photography?

Bill Yates: My first camera was a Kodak Brownie Holiday Flash Camera, which I still have. My parents gave it to me as a kid when I went off to summer camp in North Carolina in the mid-fifties. I progressed to an Ansco 120 twin lens and then 35mm cameras shooting drag races and sports car races at Daytona and Sebring as a young teenager.

I was fascinated by the process and the medium, and was always curious to see what I captured photographically. I soon came to have a deeper appreciation for the power of the photograph and the possibilities of creative expression.

When I got off active duty in the Navy, I enrolled in the University of South Florida photography program in the Department of Art to complete my BA. Photography would soon become the central creative force in my life. My cameras through the years have been Nikon F’s, Leica’s, Mamiya C330 Twin-lens, Vintage Kodaks, Diana Cameras, 4×5 Pinhole, Hasselblad SWC and Canon DSLR’s. 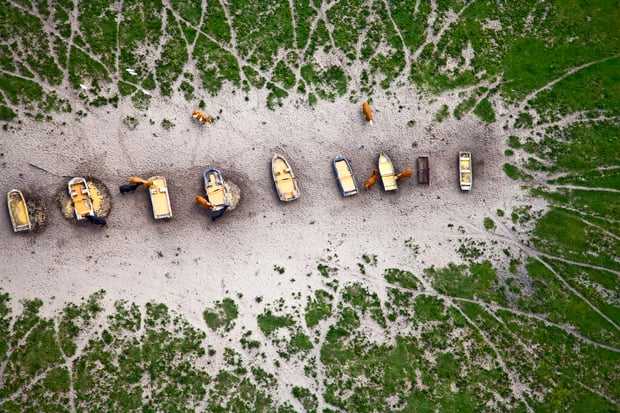 PP: Was there a moment when you decided you wanted to pursue a career as a photographer?

BY: Career? No. Avocation? Yes. I never thought about a career in photography in the pro/commercial sense. Because of my love for the medium I knew I’d always be a shooter for personal creative reasons, showing in galleries and hoping for the occasional sale and never had any interest in becoming a commercial photographer for agencies or magazines.

When I got out of RISD graduate school, I had a one man show at the Corcoran Gallery of Art in Washington, DC, in November of ’75 and was in a number of exhibitions into the early ’80s. My interests were quite varied though. Through the years I became a curatorial consultant in photography in Washington, DC, a gallery director at New Mexico State University in Las Cruces, and was involved in design development, construction management and historic renovation. However, I always kept seeing/sharpening my eye, shooting, proofing, printing, questioning.

So, back to the career question. Around the year 2000, an architect friend asked me if I could shoot better aerials of their projects than they were getting. I said I’d take a whack at it and that started me shooting aerials as a commercial enterprise. It also afforded me the opportunity to shoot more personal work on the ground and from above including aerial abstracts. 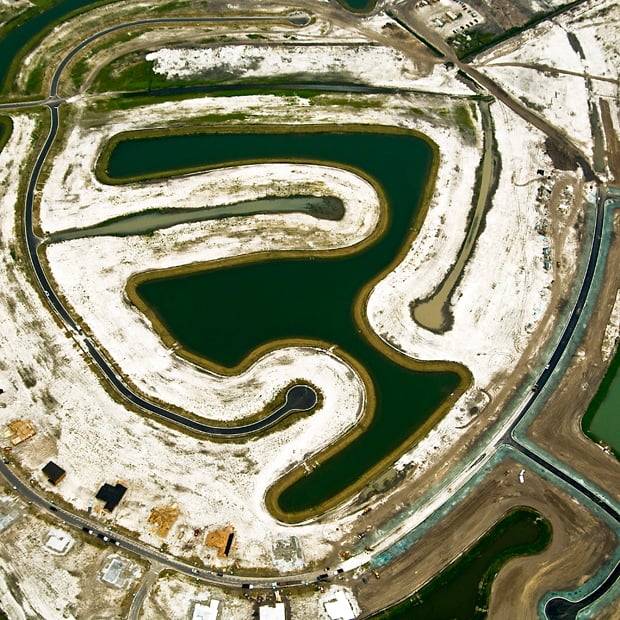 PP: You received your MFA from Rhode Island School of Design, where you studied with Harry Callahan and Aaron Siskind. You also did some work with Gerry Winogrand. Talk about what you learned through studying with those people whom many consider some of the true masters of photography.

BY: For me, graduate school was experiential. A constant of shooting, printing, discussing, (sometimes rather heatedly in critiques with Harry or Aaron and other students), seeing others’ work, more discussion, drinking a helluva lot of beer and trying to find a visual footing.

From Harry, it was his work ethic — the constant shooter… learning to get out of my head and into my intuitive heart when I shot.

From Aaron, it was dropping my preconceived notions or beliefs and embracing that which was before me, to look at the subject anew and trust my instincts. It took several years to come to know this, to sink in. But whether shooting with a Diana Camera or a Hasselblad, overtime, I learned to observe, engage, document and create. Even today, I try to shoot daily.

As for other photographers, working with Garry Winogrand in an intensive one-week workshop was an experience that is still with me today, not to mention the treasured friendships of William (Bill) Christenberry, Bart Parker and the many photographers I met through the Society for Photographic Education. 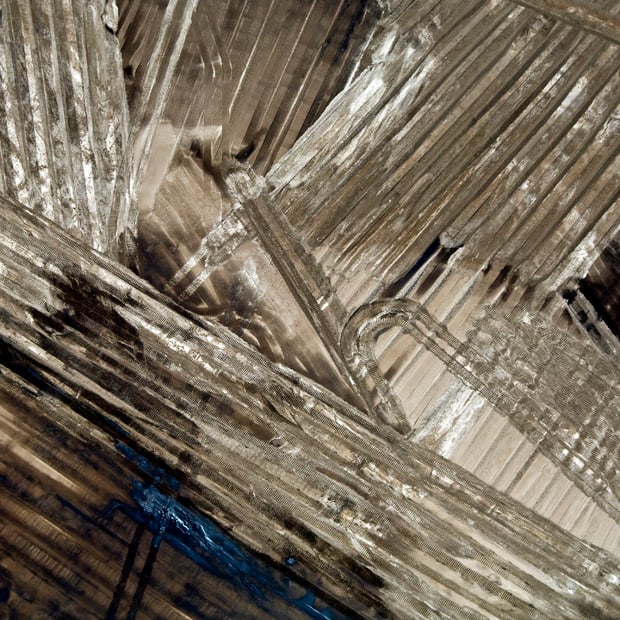 PP: Let’s talk about your aerial images. What compelled you to first step into a helicopter to make photographs?

BY: I didn’t start out in a helicopter. So, around 2000, I started shooting aerial architectural photographs using a 21′ blimp with a 300′ tether. Slung below it was a wireless pan and tilt rig with a 645 Pentax film camera operated by a joystick on the ground. Behind the viewfinder of the camera was a lipstick video camera downlinked to virtual reality glasses I wore on the ground.

I would frame my shots and trip the shutter wirelessly. Over time, flying the blimp became untenable due to 911 and security issues. I then made the jump to fixed-wing planes, then helicopters. 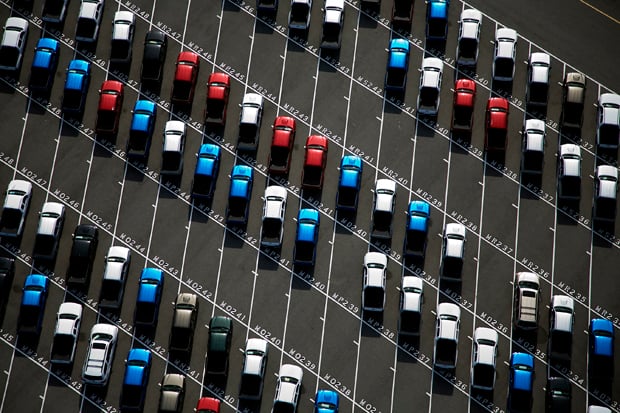 PP: What type of equipment do you use to shoot your aerials now? 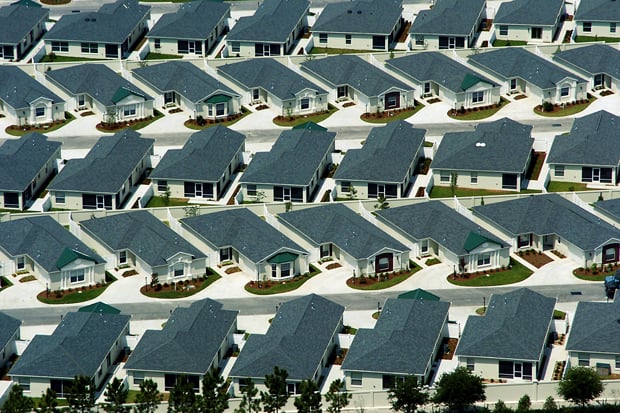 PP: From the bio on your website, it sounds like you’ve been involved with flying your whole life. What does it mean to you to be way up in the air, just you and your aircraft?

BY: I’ve always had a fascination with looking down from above. It is a point of view like no other. It all started in the early 50s flying with my dad in his Cessna 195 Taildragger. I always had my nose pressed against the plexiglass window. I was in the Navy — Naval Aviation during the Vietnam era and later became a private fixed wing pilot.

For aerials I leave the piloting to others. Too many moving parts to be thinking about flying and photographing at the same time. It’s a recipe for a sudden stop at the end. 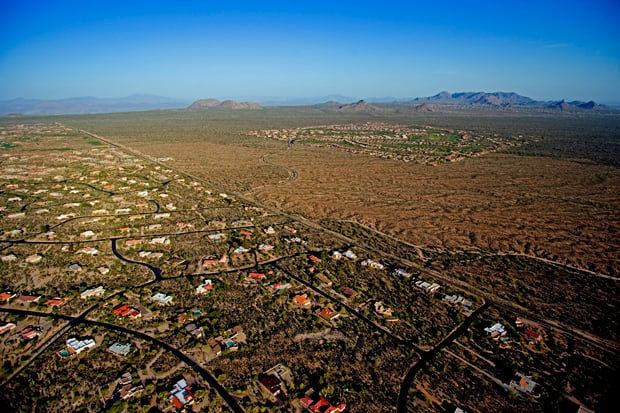 PP: To you, what’s the key to making a successful aerial picture?

BY: For me, it’s easy to look down (or obliquely) and determine the composition of the shot. Some shots work better with the horizon visible in the frame to provide context, yet other images require a tighter, more oblique view. Weather, sun angle, time of day are always important considerations.

Question is, what does the shot require? A helicopter affords you the opportunity to go low and slow, or higher as the case may dictate, or even hover to compose a critical shot.

But I also think aerial photography is a partnership between the photographer and the pilot. If you don’t have a pilot (always a high-time pilot) who will work with you to set up the shot, then what you get is just a fly-by pic. It’s like choreographing the shot in the air — between me directing altitude, direction and speed, and the pilot making it happen so I can get the shot. 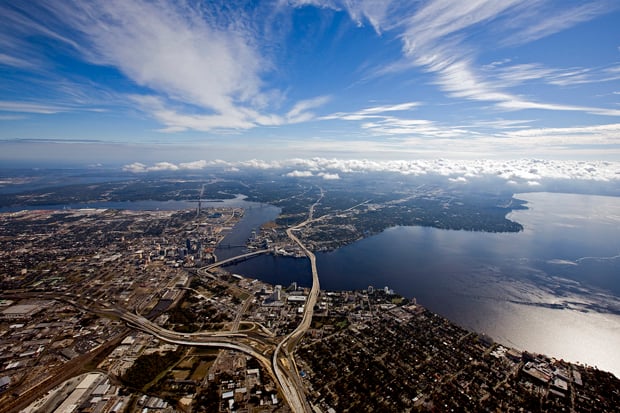 PP: Do you have any advice for those who are interested in exploring this branch of photography?

BY: It’s not for everybody and there certainly is risk involved. I fly left seat door off, so to get my shots I’m hanging way out. Yet many think “how hard could it be?”

I once had a client who did not like the rate I quoted him for an unusual job. So he in turn went to Best Buy and bought a whole bunch of camera gear, thinking he could shoot it himself and save money. As it turned out, he lost a lens overboard, then barfed all over the cockpit and did not get the shots he wanted. And I opted to never work with him again. PP: Lastly, what have you got in store over the next year, photographically or otherwise?

BY: I’m really concentrating on my personal, non aerial work. I’ve been a shooter for 50+ years and I’m getting my photographic house in order. I’m currently working on a retrospective website covering this work as I have a sizable archive of negatives, chromes and prints.

Palm Press in Boston is currently producing portfolios of silver gelatin prints of my “Sweetheart Roller Skating Rink” series I shot in the 70’s. Palm is also assisting me with a museum exhibition and companion book of those photographs that will open in late 2015. I have several gallery shows coming up and hope to publish several additional books. 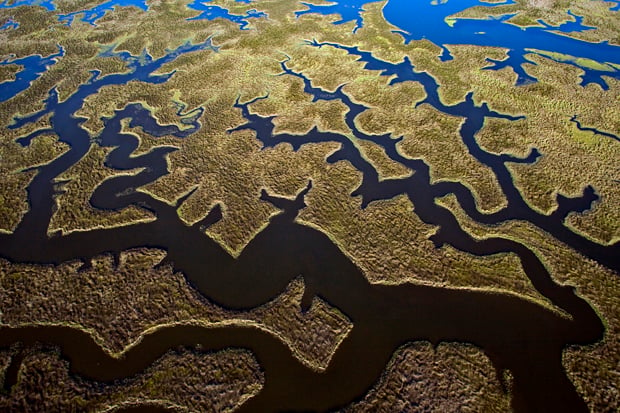 PP: Thanks for your time Bill

Kanye Publicly Slams Annie Leibovitz, Says He Had to Edit His Own Wedding Photos