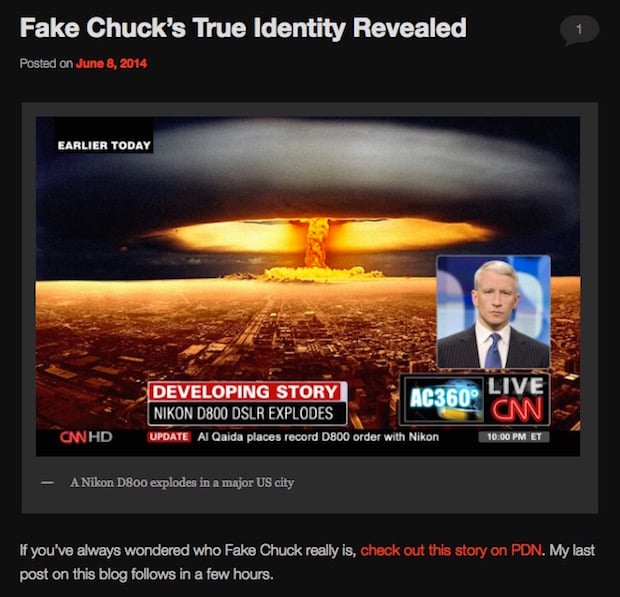 Now, as the blog prepares to go offline for good, the man behind the site has come forward for the very first time, revealing his identity and the story behind the controversial blog through a PDN interview and his own final blog post

A parody blog written from the point of view of Canon spokesperson Chuck Westfall, the site was created by photographer Karel Donk to draw attention to some issues Canon was having back in 2008. Over the years, Donk used this platform to call the camera company out for everything from lack of quality control, to mediocre product releases. 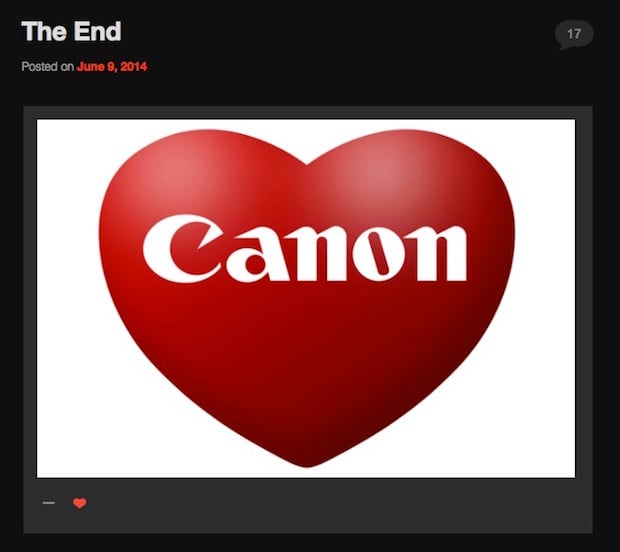 Throughout the existence of the Fake Chuck Westfall blog, Donk hid behind a veil of anonymity that he reveals he never actually intended… it just sort of happened.

But this anonymity had its perks: websites loved to speculate at who exactly ran this parody site, with theories ranging from Chuck Westfall himself, to the Nikon PR team trying to sabotage Canon’s reputation. In the end, the truth was far less exciting: just a lone man who wanted to make his opinions heard.

Over the continuing operation of the FCW blog, many questions and comments came up about why it was this blog came to be, who it was meant to be poking fun at — some thought it was meant to personally attack Chuck Westfall — and amongst the criticism, a good bit of positive feedback. 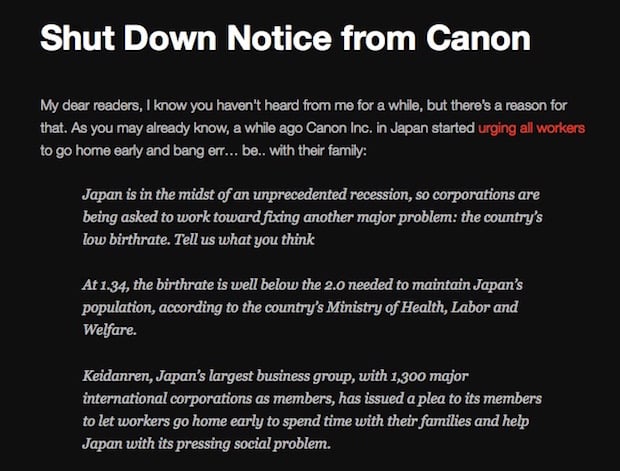 It’s now six years since the FCW blog made its debut, and Donk feels that, as they say, ‘his work here is done.’ Visitors to Fake Chuck Westfall will still be able to search the archives, but due to Canon’s improvement over the years, and the simple fact that Donk no longer wants to dedicate time to the site, no further updates are pending.

For more information, check out Donk’s fascinating interview with PDN, as well as his own thorough post that documents every detail you might want to know about this blog and how it came to be.

Tutorial: 5 Things You Should Know About Layers in Photoshop CC