Three million, four hundred and sixty four thousand, eighty four. That’s how many times what might be considered the most mundane GoPro video ever shot has been watched.

So, you might ask, what does this obviously captivating video show? What has enticed almost 3.5 million clicks of that play button over the course of a month and a half? It was a peek inside your standard dishwasher. 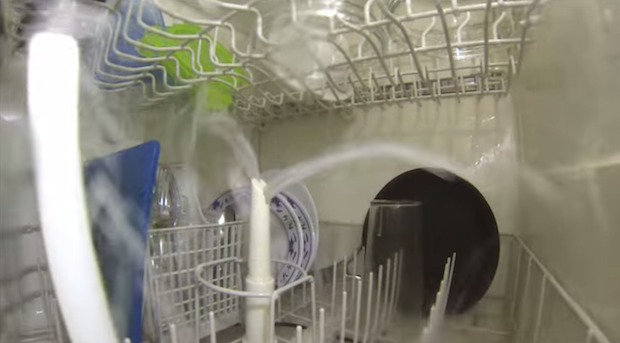 It is one of the strangest uses we’ve seen a GoPro put to, and a bit reminiscent of Conan O’Brien’s ‘Complete Waste of a GoPro‘ segment, but don’t knock it until you see it.

It is, if nothing else, surprisingly captivating. By putting a Hero 3, a few well-placed lights and (obviously) a few dishes through a full wash cycle, and then condensing it down into about four and a half minutes of footage, YouTube user Bito has solved on one of the great childhood mysteries.

We eagerly await the sequel, in which Bito mounts a GoPro in the fridge and then, insert suspenseful pause here, closes the door.

How Joe McNally, Jeremy Cowart and Ami Vitale are Making the Next 6 Months Count