If you’ve been waiting for a good deal before you stock up on some CF memory cards, that deal has arrived over at B&H Photo. Today only, you’ll be able to get steep discounts on SanDisk Extreme and Extreme Pro CF cards.

The best discounts, and really the only ones worth mentioning, are the discounts on the 32GB and 64GB variants. The 32 and 64GB Extreme cards, which usually go for $80 and $144, are selling for only $50 and $80, respectively. 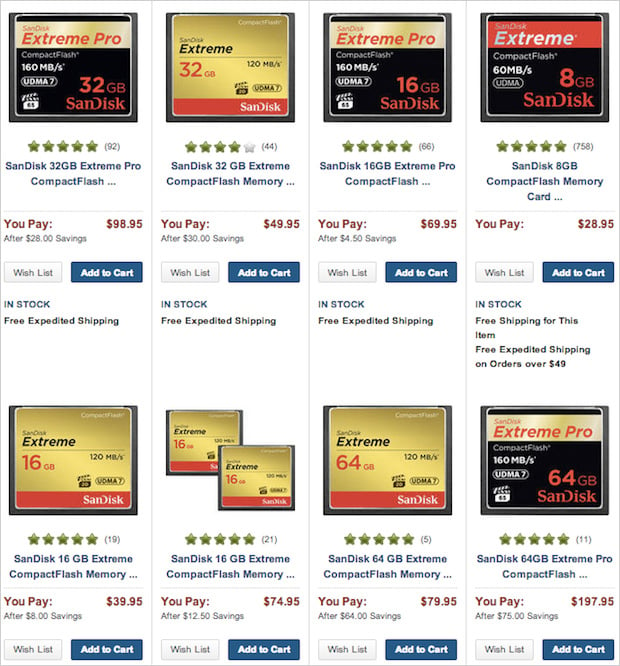 There are also a few less impressive deals on other cards, which you can see here, but for the really worthwhile deals, follow any of the links in the paragraphs above to take advantage of the discounts.