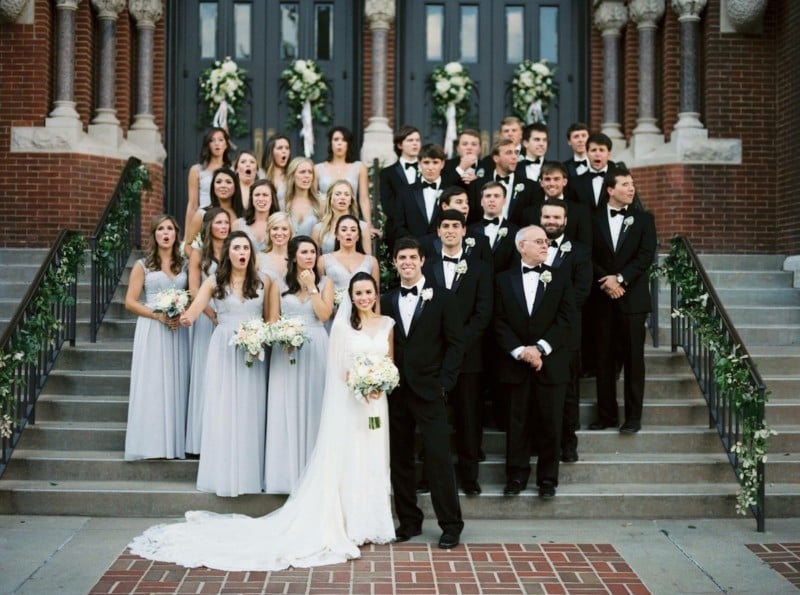 Wedding photographer Leslie Hollingsworth captured this comical photo of the wedding party’s reaction as a car nearly took her out. In case you’ve ever wondered, this is what it looks like when a car almost kills you in the middle of a group photo.

“I didn’t even realize how close I was to getting hit until after it was taken,” Leslie tells PetaPixel. “The Father of the Bride actually pushed me forward right after the pic was taken!”

In order to capture the whole massive wedding party, Leslie says she had to back up into the street, in an area where cars usually park. She thought she was safe… it wasn’t until after she snapped the photo that she realized what had happened.

“My assistant told me how close I came to being hit… crazy, but the looks on everyones faces are hilarious to me. Totally worth it.” she continues, laughing. “The father of the bride was yelling and shaking his his fists at the driver. Too funny!”

A foot or two further back and this would be a very different story; fortunately, everyone’s okay, and we just get to enjoy the look on the bridesmaid’s faces… especially the one on the bottom left.