Cool use of social media in the US to crowdsource imagery and monitor recovery from fire #morganfire02 pic.twitter.com/Zy952bzz9k

Hashtags are nothing more than a novelty byproduct of the 21st century, right? Wrong. At least that’s the case in the minds of the scientists behind a new project that takes advantage of photography, hashtags and social media to help crowdsource a time-lapse documentation of fire damage recovery.

The initiative, known as #MorganFire02, uses signs with included brackets along the trails of Mount Diablo State Park. Said signs politely ask travelers to place their phone in the bracket, snap a photo and share the regrowth process of the land via Instagram and/or Twitter. 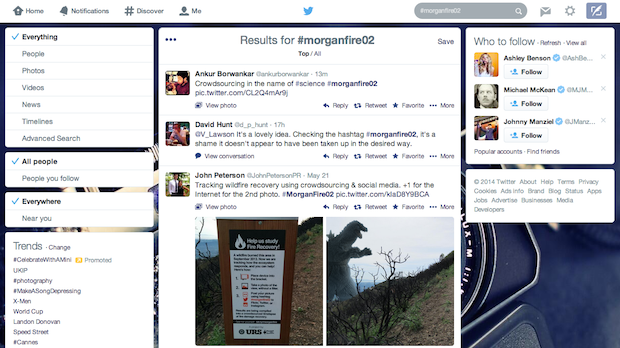 The result will hopefully be an interesting time-lapse showing just how mother nature takes back her land after a fire ravishes it. As pointed out by PopPhoto, the scientific value of such an initiative is questionable, but scientific value aside, it should eventually make for an awesome video.

Rather ironically, the hashtag is currently showing more photos of the actual signs, rather than the land the signs are asking travelers to photograph, but we’re hopeful people will catch on to the real purpose sooner or later.