If you’ve been following the U.S. Interior Department on Instagram (like we suggested some time ago) you probably saw the 15 second time-lapse clip of the Yosemite Rim Fire that the department put up yesterday afternoon.

That, however, was only a tiny clip of the full time-lapse. The folks at Yosemite National Park have spent some time over the past month capturing footage of the fire and compiling it into a 3-minute time-lapse that juxtaposes the destructive power of the wildfire with the breathtaking views found at Yosemite.

Here’s a snippet from the video’s description, explaining where the photos were shot:

The first part of this video is from the Crane Flat Helibase. The fire is currently burning in wilderness and is not immediately threatening visitors or employees. The second half of the video is from Glacier Point, showing Yosemite Valley, and how little the smoke from the fire has impacted the Valley. 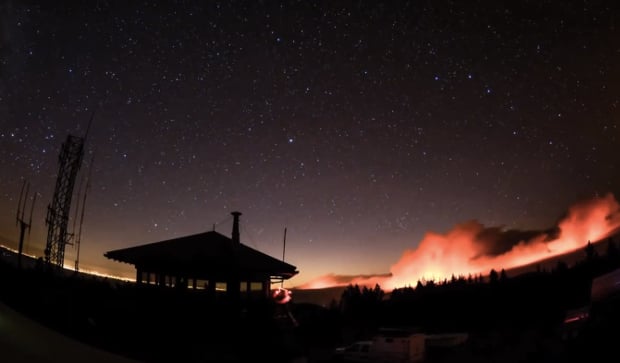 As you might expect, with over 1 million views in two days, this Rim Fire time-lapse is one of the most popular videos the Yosemite National Park YouTube channel has ever uploaded. By comparison, only one other video has ever broken 1 million (and it’s a 3-year-old video), and none of the rest have even cracked half that.

If you’d like to see more from the park, be sure to visit that channel and give a few of their other videos a look (the night skies nature notes episode is particularly stunning). Fair warning though, you’ll probably want to visit Yosemite once you’ve watched them.