This week is full of firsts from North Korea. Yesterday we shared what may be the first Google Glass coverage from inside the country, and today we have what is quite possibly the world’s first state-sanctioned city tour of Pyongyang, filmed using a GoPro Hero 3 camera.

With special permission granted by the DPRK government, Singaporean photographer Aram Pan captured 22 minutes of footage, all of which is presented in its original format, unedited and uncensored, above. 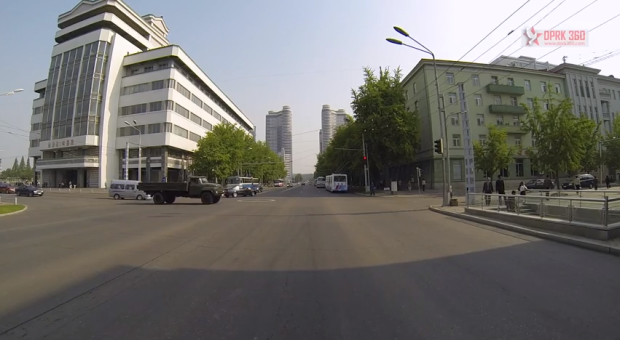 Between the length of the video and geographical distance covered, this is one of the most comprehensive looks we’ve ever seen of the DPRK capital, and it gives us a pretty good look at some of the more public parts of the city.

The video seems rather ethereal at times, because for such a large city, there’s almost zero advertising (excluding propaganda), zero trash, and with but a few exceptions, the streets are empty. It’s a decently long watch, so you might have to save this one for when you get home, but be sure to give the full video a watch when you can.

Meet Conrad Heyer, Born 1749: The Earliest Born Person Ever to Be Photographed