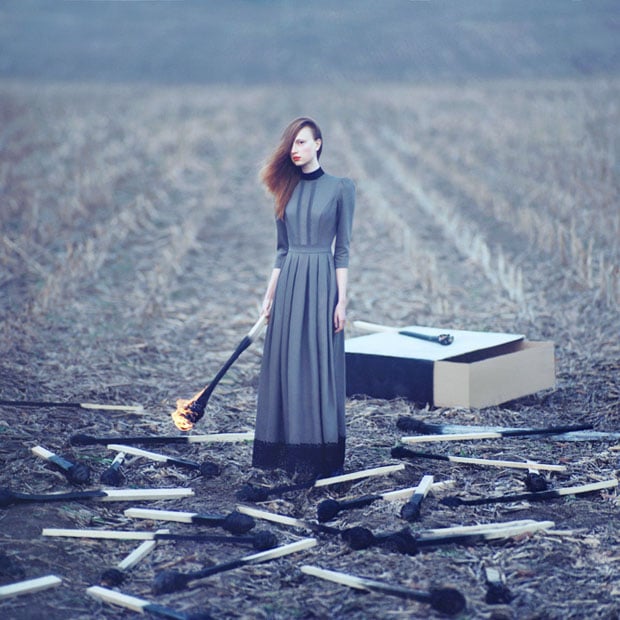 Oleg Oprisco is a photographer based in Ukraine whose magical, dreamlike photographs have been shared far and wide on the Internet. In an age where realistic photo manipulations are the secret sauce behind impossible images, Oprisco’s work stands out for one simple mind-blowing fact: they aren’t artificial digital manipulations.


You read that correctly. Rather than use clever Photoshopping, Oprisco carefully plans out surreal scenes and shoots them on film. The only Photoshopping that goes into the final images are color adjustments (sometimes a lot of them) and the removal of dust specks from the frame.

Ideas are regularly jotted down into a notebook. Once he decides to turn one of the ideas into an actual shoot, preparing for the shot takes two or three days. Hours upon hours are spent coming up with concepts, creating the costumes and realistic props (e.g. oversized matchsticks, fake butterflies, a stack of fake books), scouting out locations (sometimes pretty dangerous ones), and figuring out hair and makeup.

Each scene starts with a color palette, which guides Oprisco’s choices for each of the elements included in the shot. Outfits and props are either created by hand, or purchased from flea markets and other second-hand sources. Instead of having a team of assistants, Oprisco generally tries to create every element of his shots himself.

The photographs themselves are captured using Kiev 6C (which you can buy used for about $50) and Kiev 88 medium format cameras and a variety of lenses (e.g. 90mm/2.8, 180/2.8, 300/4.0). 12 shots are captured onto each roll of film, and Oprisco is not able to review the photos he captured until he gets the film processed.

Many of Oprisco’s photos are so amazing that you’ll have a hard time believing they weren’t the product of digital trickery. 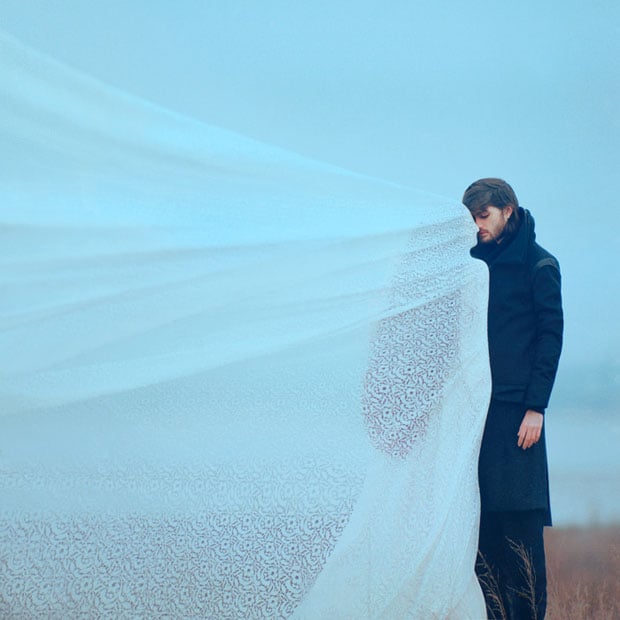 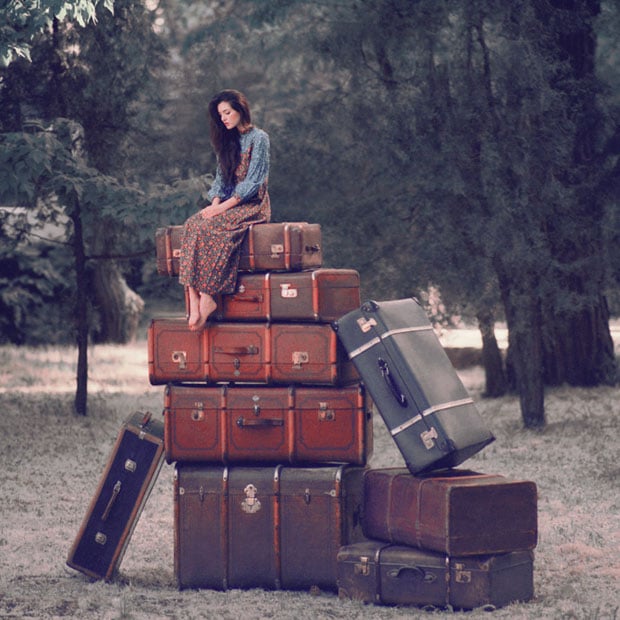 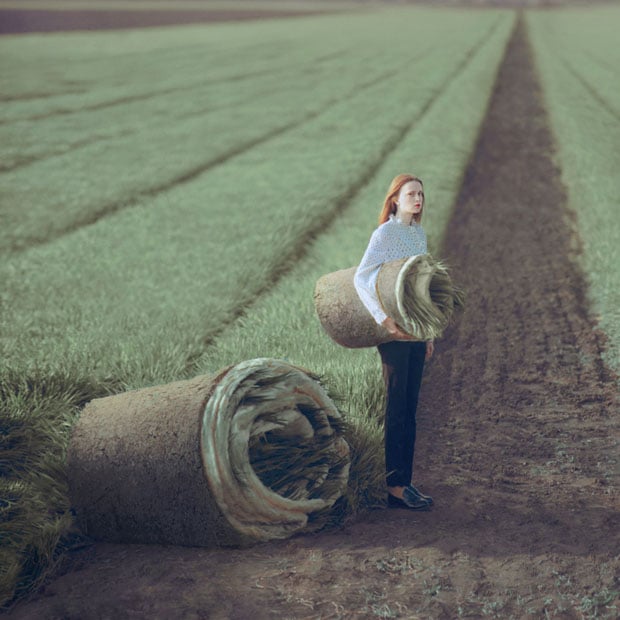 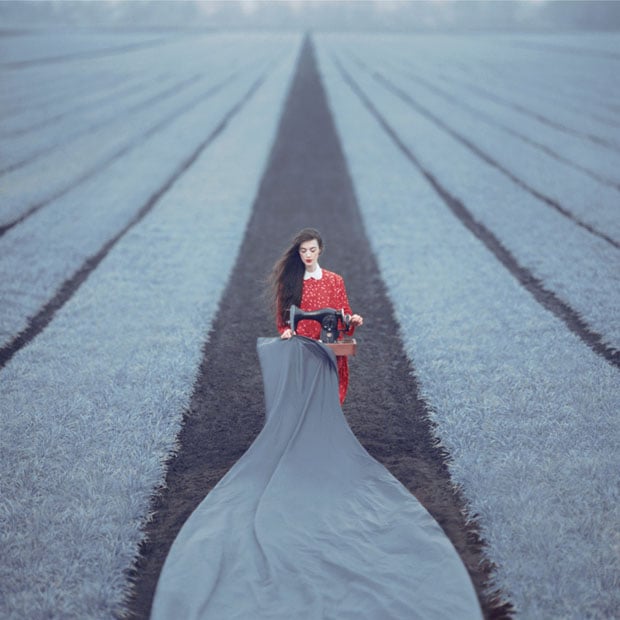 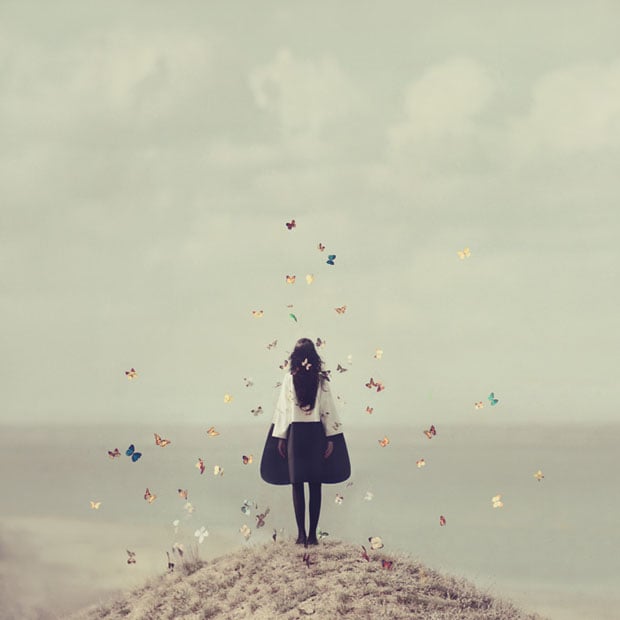 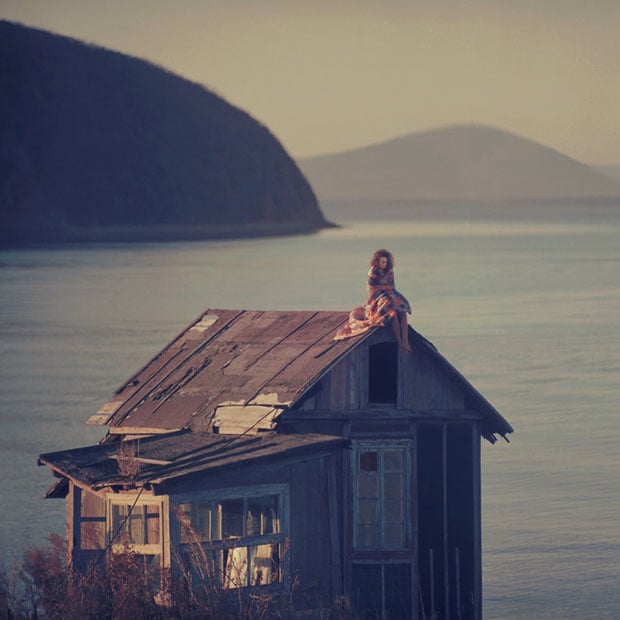 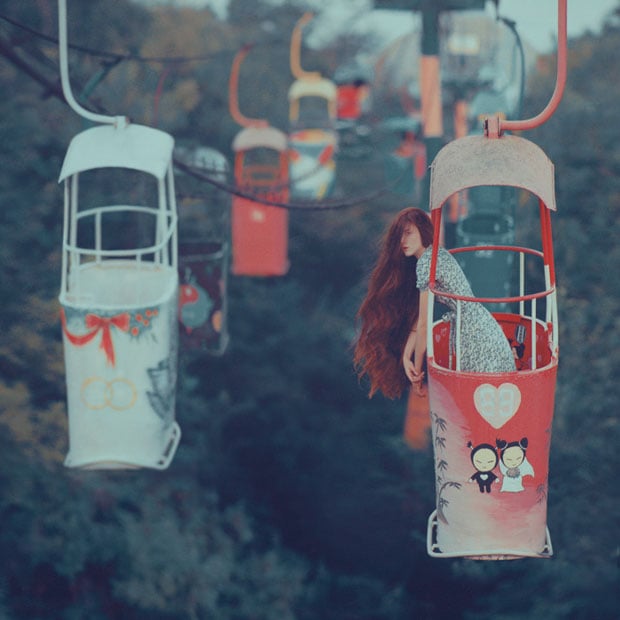 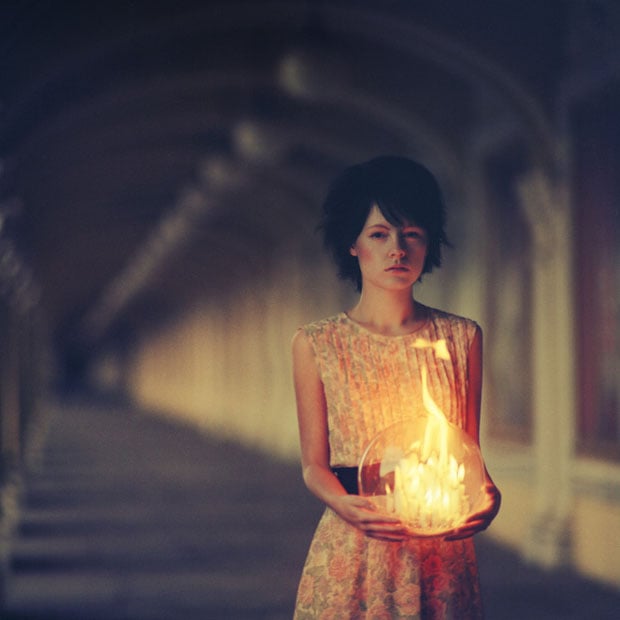 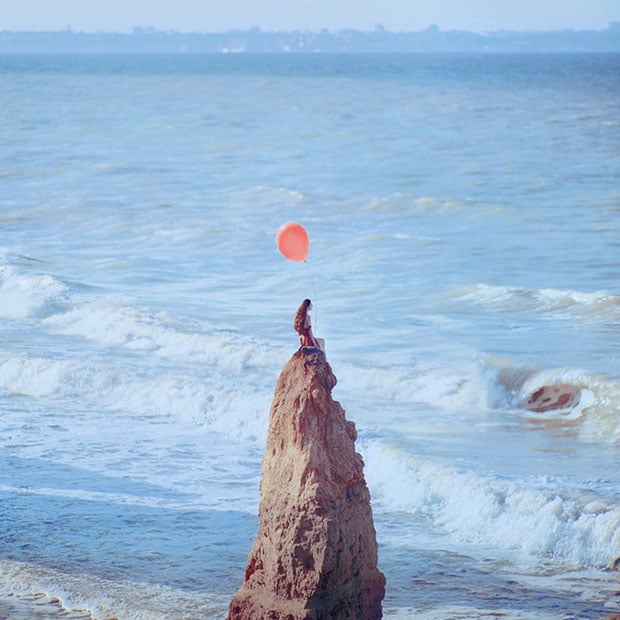 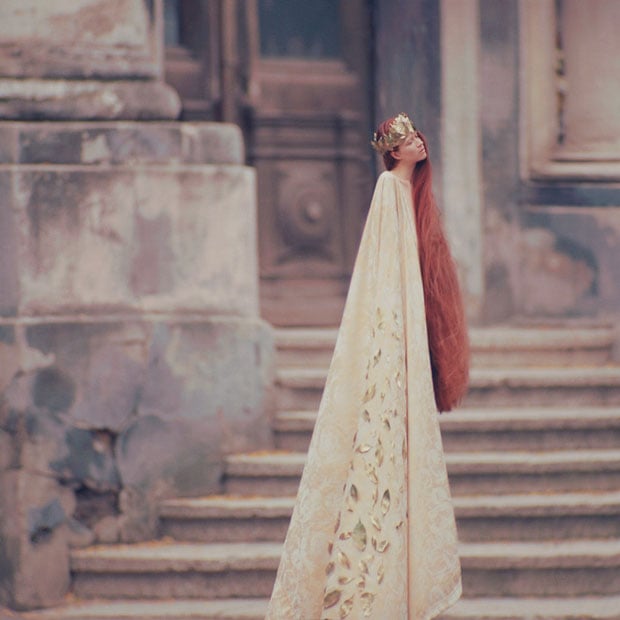 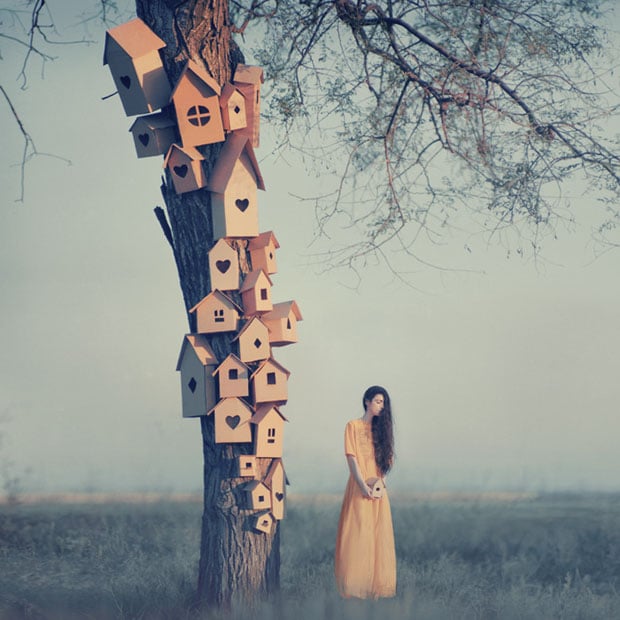 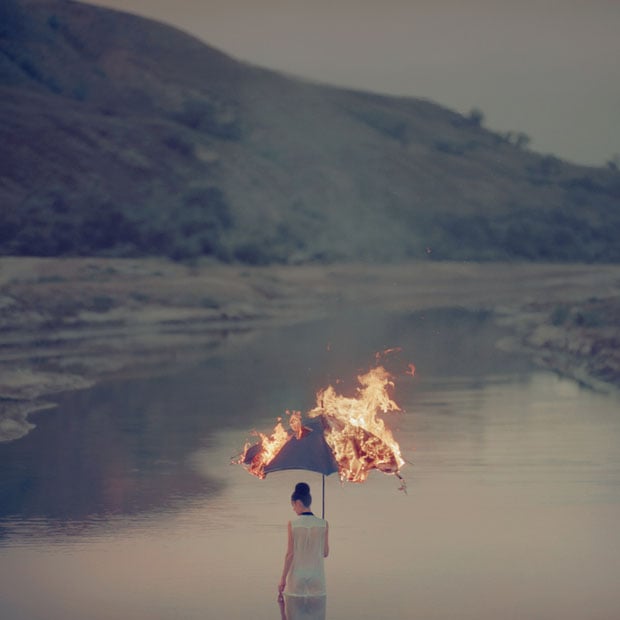 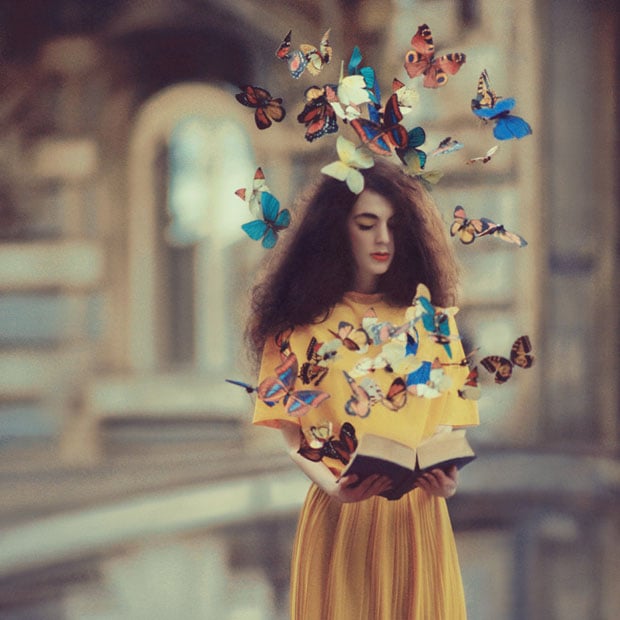 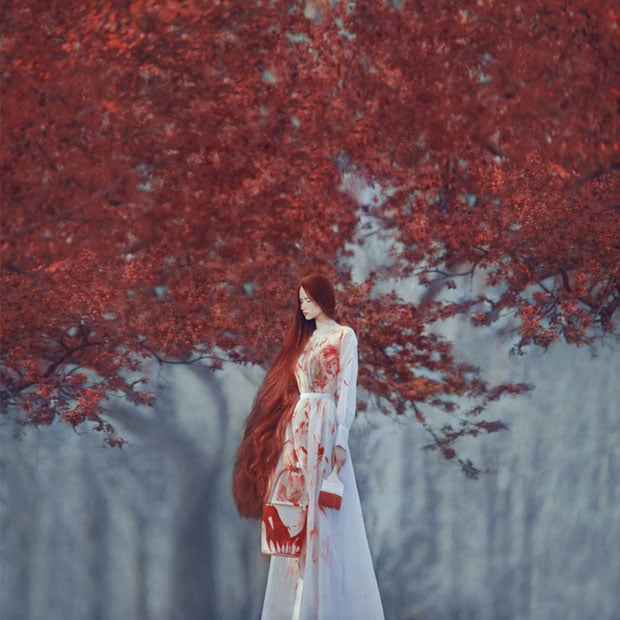 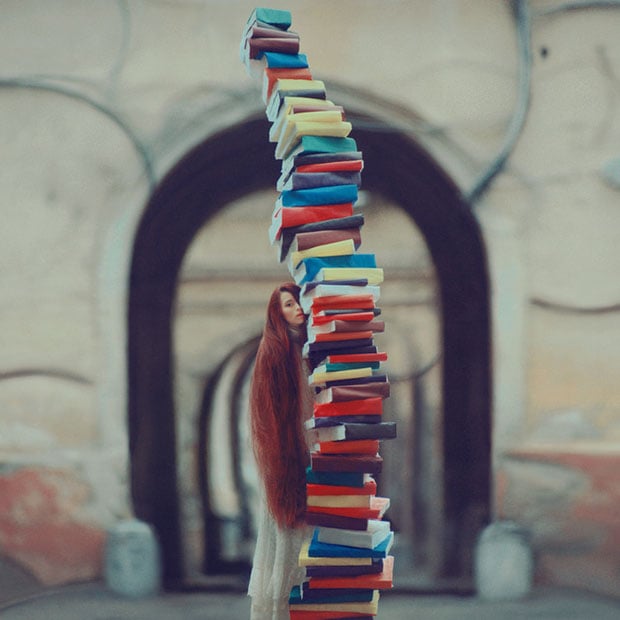 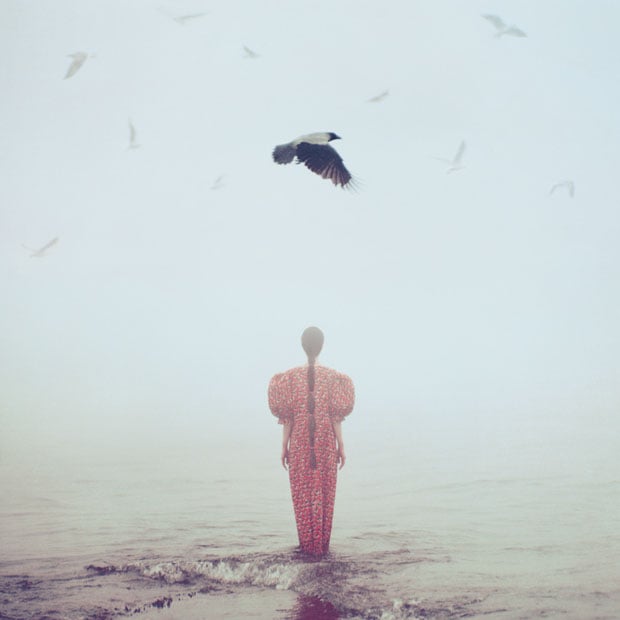 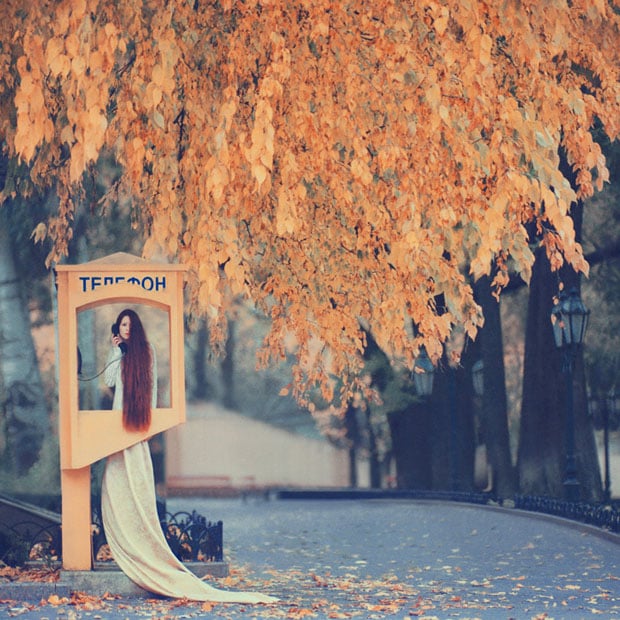 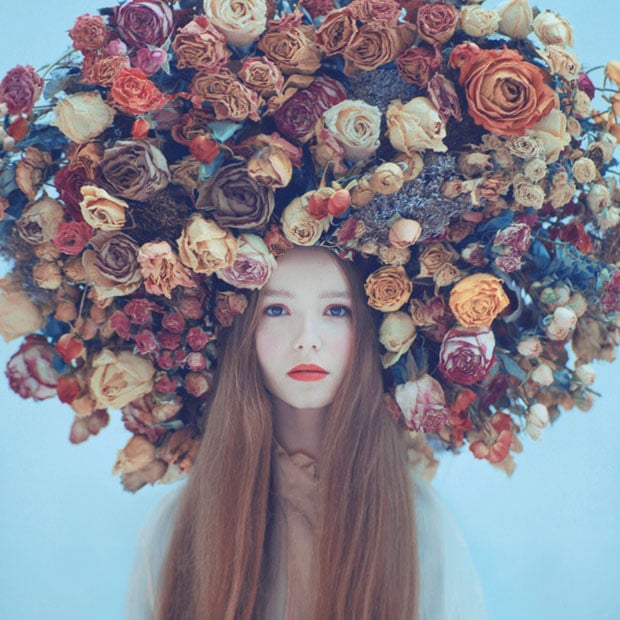 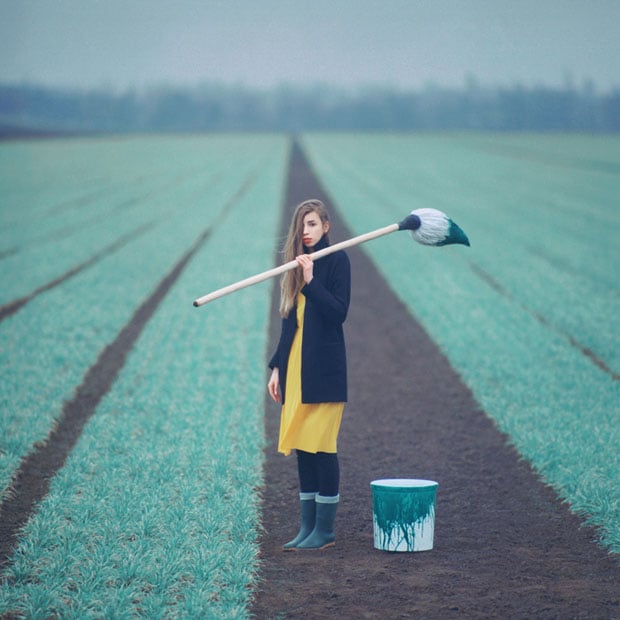 Can you figure out what went into each of the shots above? Leave a comment with your answers!

You can find more of Oprisco’s work by visiting his website.

Image credits: Photographs by Oleg Oprisco and used with permission