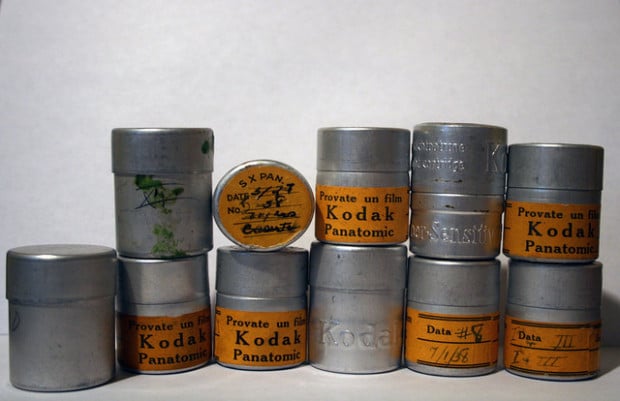 I have a feeling this is something every photographer does or has done at some point in their life. Walking through a flea market or thrift shop, they look around and see an older camera. Not one they have any interest in purchasing, but one they do have interest in. Why? For what could be inside. They are in the search of film… film that isn’t theirs. They hope to find photographs from a time long gone and possibly forgotten.

I’ve done it myself and I’d put good money down that many of you have as well. Usually the cameras come up empty, and even if they don’t, oftentimes the photographs themselves are nothing special. But every so often someone hits the jackpot, and that was the case recently with Matt Ames.

While thrifting around Roanoke, VA one day with his mother — a favorite pastime of theirs — Ames came across the Good Samaritan Inn. At the request of his mother, they stopped and decided to take a look around.

Usually, when perusing through thrift shops, Ames tells us he “like[s] to look for older technologies,” as he’s currently in the process of writing his dissertation “on the history of artifacts related to instructional design and technology.” So, naturally, the tin cans in the image above immediately caught his eye. 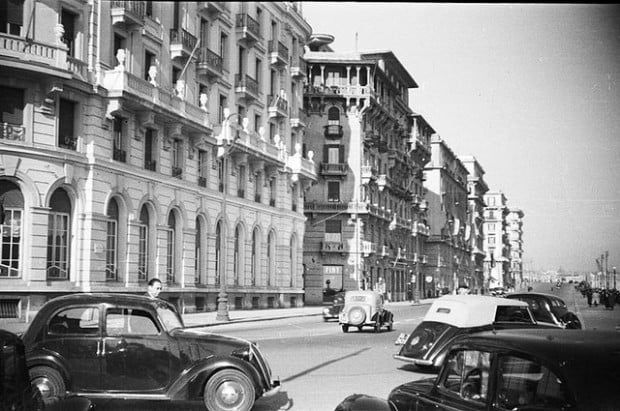 After taking a peek inside of some of the tins, he noticed the negatives were still in extremely good shaped, already developed and ready to be digitized. So, he made his purchase and had them scanned.

There are over 400 images in the collection, all of which are negatives from the tins he purchased. However, it’s not so much the negatives or the scanning that are significant, it’s the subject matter of many of the photographs. 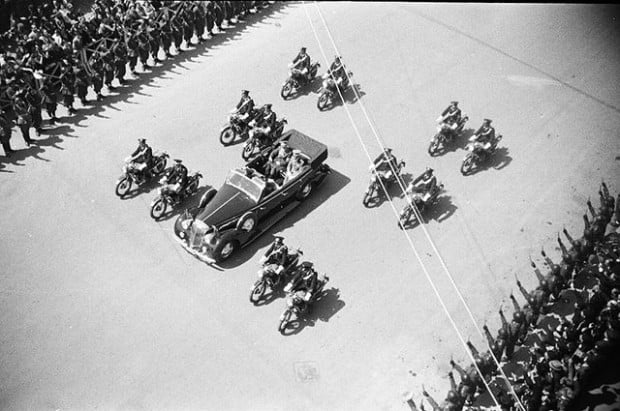 Many of the negatives appear to be from Naples, Italy circa 1938, as confirmed from checking with outside sources and doing his own investigative work. This would put their capturing just years before WWII broke out, which makes the above photograph of Adolf Hitler taking part in a parade a bit more notable than what you would usually find in a thrift store purchase.

Additionally, the rest of the shots contain well-composed images from around the city that depict buildings, people, scenery and more. In all, an amazing thrift store find: After doing as much research as possible, Ames has come to the plausible conclusion that the photographer worked for Mobil Oil, quite possibly as an engineer, and lived in New York.

Ames said he went back to the Good Samaritan Inn in an effort to find out who dropped these off, but the inquiry didn’t yield any results… whoever handed over these pieces of personal history wasn’t known. 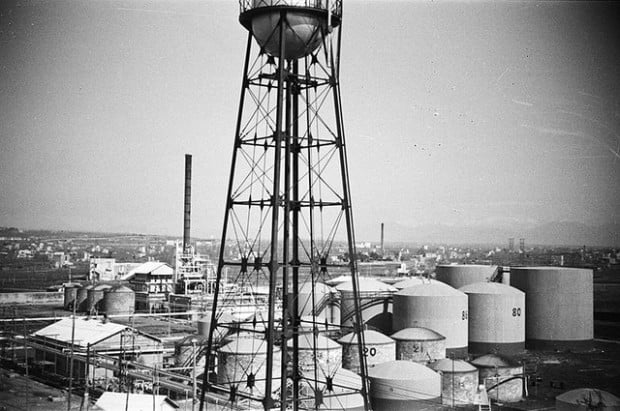 We’ve shared a few of the images here, but if you’d like to see the entire collection, including some info graphics of his investigation into determining the date these were taken, you can head on over to his Flickr set.

You never know what you’re going to find in a thrift store, and often you’ll turn up with nothing, but it’s stories like these that convince us to keep on looking.

Captivating Video: Footage of 1924 London Overlaid Onto Footage of 2014 London

Sony’s a77 II Has Arrived, and It’s Packing an AF Sensor Worth Drooling Over