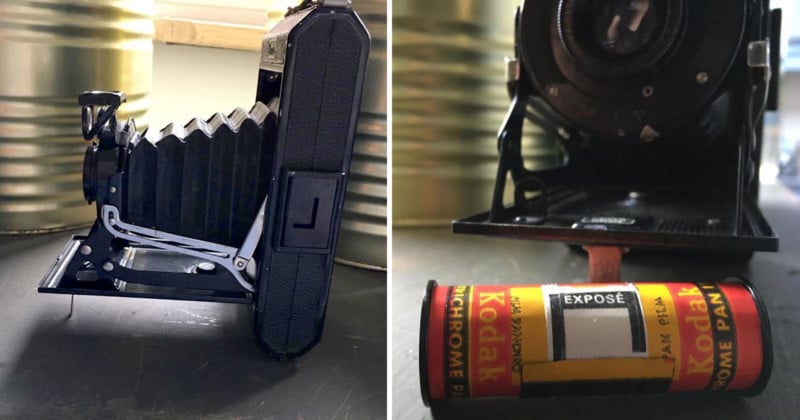 Photographer Martijn van Oers of the Netherlands recently visited a thrift store and came across an original Zeiss Ikon 520/2 folding camera, which was produced in Germany between 1929 and 1937. To his surprise, the camera contained a roll of exposed film in it. On the film canister was the word “EXPOSÉ.” After doing some research, Van Oers concluded that the film was probably produced sometime between 1940s and 1970s.

Van Oers took the film to his friend Johan Holleman — someone who has developed his own film for much of his life — who then processed the film in his kitchen. 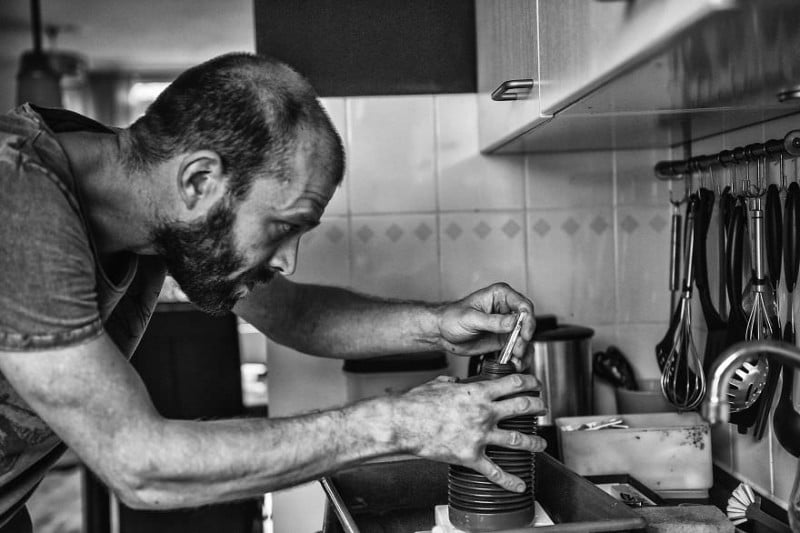 Holleman “warned me the chances to recover actual photos were very slim, considering the guesstimated age of the film,” Van Oers says. But “the moment the processed film was taken from the container, we were both stunned, as there actually seemed to be photos on the negatives!” 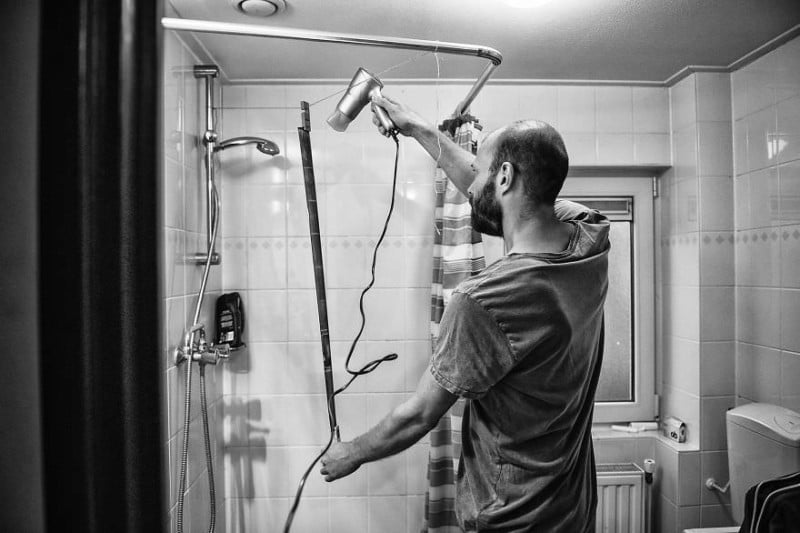 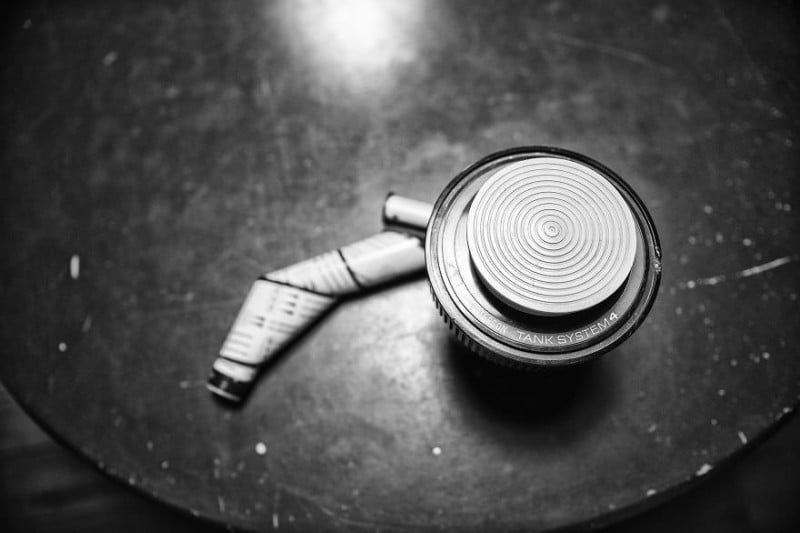 The duo soon discovered that the film was nearly 70 years old. 4 of the photos had enough detail in them to show that it was probably owned by a man who took the camera along on a trip. One photo was found to show a scene shot in the city of Biarritz in Southwest France. Here’s a Google Street View photo of Biarritz showing what the same scene in one of the photos looks like in the modern day (a man named Wilco made the discovery after seeing Van Oers’ post on Facebook): “Looking at the images, I feel I stumbled across a small treasure-chest or time capsule giving us a tiny glimpse into the past,” Van Oers writes. “It really makes me want to find out who the people in the pictures are. Hopefully, one day, I will be able to hand over these negatives to the descendants of this mystery photographer.”

20 Reasons Why You Shouldn’t Date a Street Photographer

Beware: Camera Drones Are Weak Against Confetti and Toilet Paper