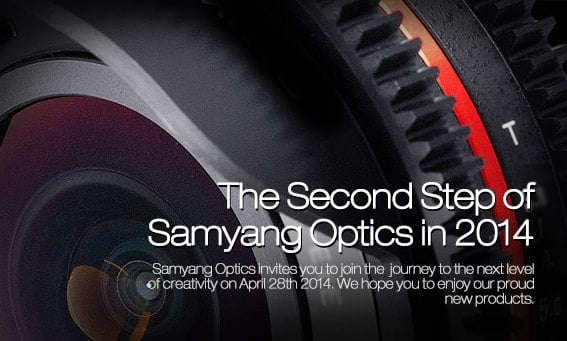 Last month, Samyang released a couple of teasers that many believed were leading to the announcement of the new logo and autofocus lenses. And while the new logo did make an appearance, the major AF update that people were expecting never came.

Now the company is teasing us yet again with an ad from their Facebook page that invites viewers to “join the journey to the next level of creativity.” A journey that will apparently lead to “the second step of Samyang Optics in 2014” and begins on April 28th.

As usual with this kind of speculation, we make no promises, but it looks like we definitely have some new products to look forward to. Will they be autofocus lenses? And, perhaps more importantly, will it blend? Keep an eye on the blog in the coming weeks and we’ll be sure to let you know.

A Beginning Photographer’s Guide to Photographing The Northern Lights