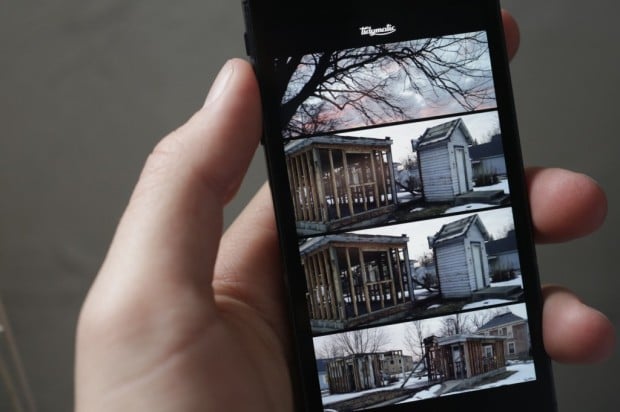 When it comes to iOS as a whole, there’s one aspect the operating system that frustrates me more than any other: photo management.

As I’m sure many can empathize with, my Camera Roll is filled with a collection of images from varying sources, with minimal methods of automated separation. Screenshots, photographs, saved images and anything else all wind up in one place where, for the most part, they’re either stuck on your device and/or uploaded to your Photo Stream.

Thus, when it comes time to offload and archive the images on your device, it’s nothing short or a logistical nightmare. Thankfully, Daniel Nicolae, the developer behind the wonderful note-taking app Meernotes, reached out to us with a new app he’s been working on. It’s called Tidy, and I’ll give you a quick run-through of how it works and my thoughts on it below. 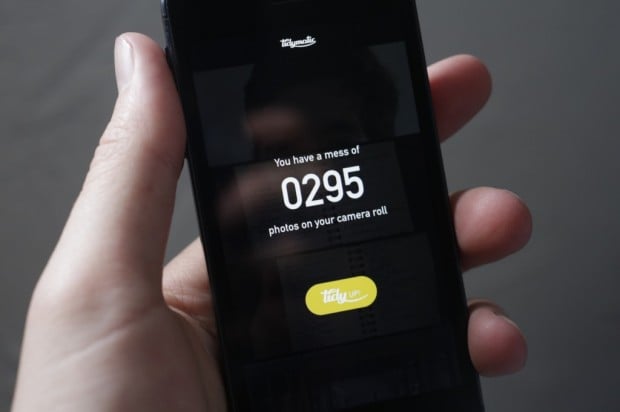 While Tidy is by no means the ultimate solution to fixing any sort of photo management issue on iOS, it does solve the final step: namely, the logistics of properly sharing and/or archiving your imagery in an effective manner.

Set up very much like a plethora of action–method–based email applications, each image in your camera library is presented in reverse chronological order, where sliding the image to the left or the right will bring up options of what to do with it.

Swipe to the left and you’ll be ready to start tidying things up. Swipe to the right and you’ll checkmark an image, essentially noting that you’ve completed the desired action upon it. 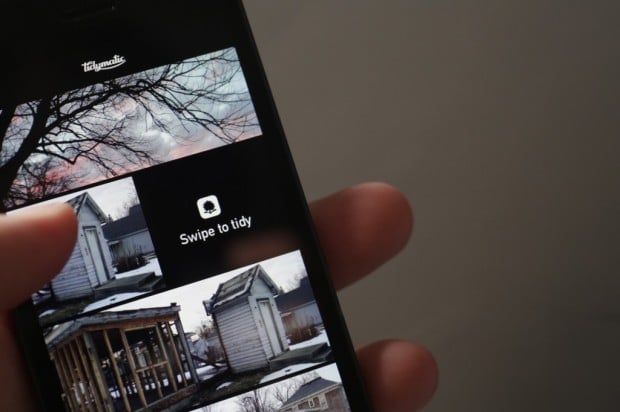 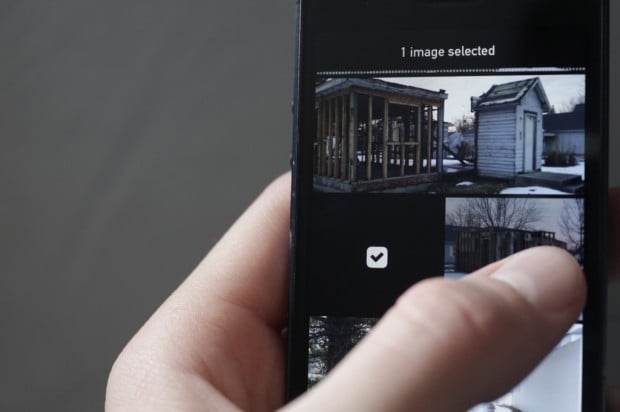 As far as the actual process of Tidying up, upon bringing up the action, you’re presented with five separate options for where to send the image for archiving and/or sharing: Dropbox, Evernote, Facebook, Twitter and Email. Since the latter three are available natively within iOS, the first two are really the standout features, allowing you to easily swipe through your images and properly archive them where you’d like with minimal hassle compared to alternative methods.

Another useful feature of Tidy is that once you’ve selected a certain destination, the app will keep that destination prioritized, so unless you swipe further left, it will hold onto the last location used.

As you’re going through your list of images, a small checkmark in the upper-right-hand corner will allow you to hide all the images you’ve made actions to, so you can focus only on what’s left. This seems like an extremely logical option to add, but it’s one whose priority is worth pointing out, as it allows you to use the app a little bit at a time (as more images are added) or when going through a large amount of past images (for when you’re first getting started). 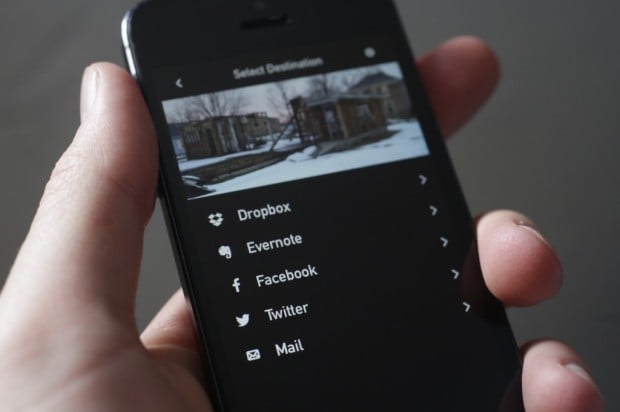 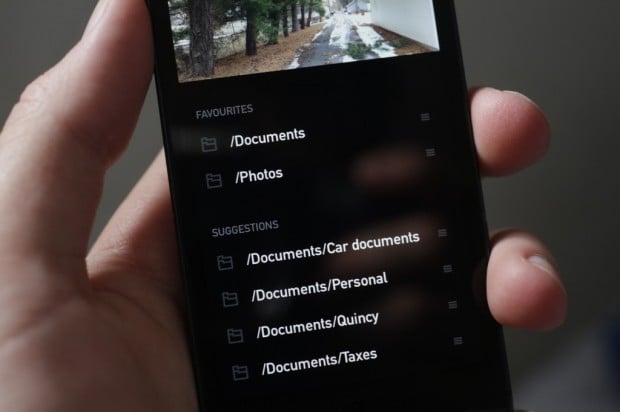 Honestly, there’s not much to this app… and that’s the beauty of it. It’s simple, but beyond effective at solving just one of the troubling photo management issues on iOS. Using the action–method within the photo–management environment is something no one has really done yet and it’s a surprisingly effective — and kind of fun — method of going about it.

It’s available for $0.99 in the App Store for a limited time, so head on over and grab it. It’s certainly worth the cost. Once you’ve given it a run-through, let me know your thoughts in the comments below because I’m curious as to whether or not everyone’s experience will be at least somewhat similar to my own.

This article was reproduced with kind permission from The Industry. You can follow them on Twitter here.